Denys Serhiichuk
Should we expect a price blast for Bitcoin (BTC), Ethereum (ETH), and XRP during the first days of June? 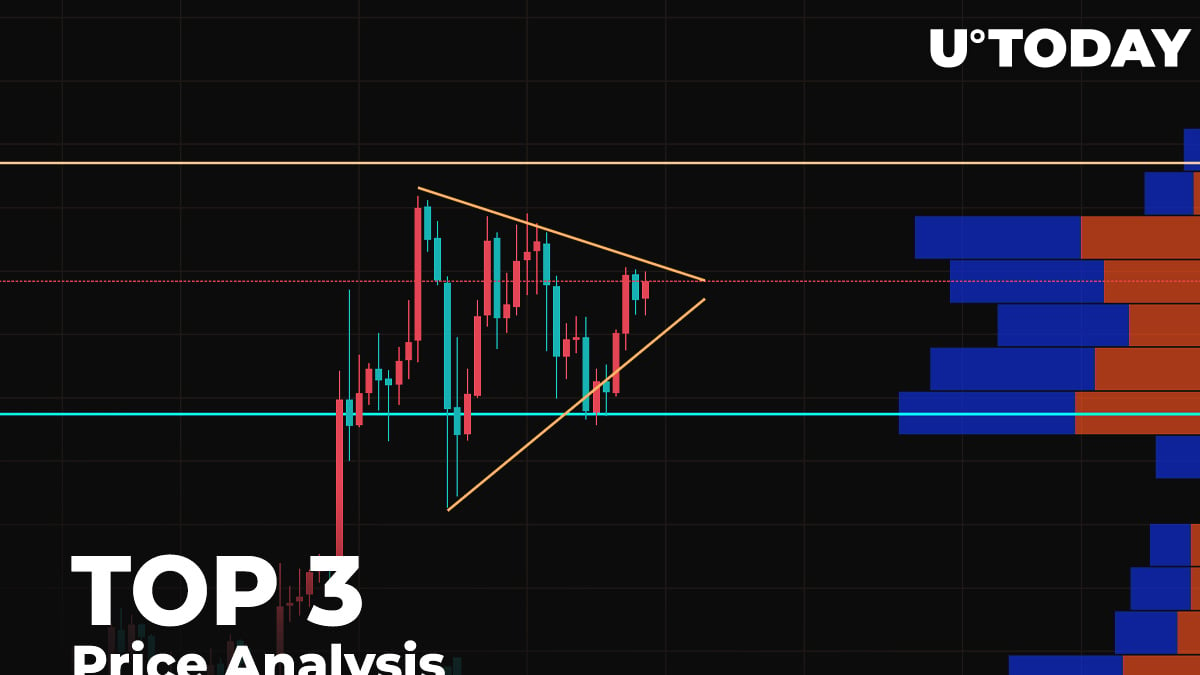 The market has continued its bullish trend on the weekend. All of the top 10 coins have remained in the green since yesterday. Ethereum (ETH) is leading the charge, rising almost 7% from the previous day.

Below is the key data of Bitcoin (BTC), Ethereum (ETH), and XRP:

After correcting itself to the $9,300 zone, Bitcoin (BTC) has gained traction to maintain its growth. The coin has added around 1% to its value in the last 24 hours.

Looking at the daily time frame, the triangle pattern is about to end for Bitcoin (BTC). The asset has accumulated enough power to blast upwards or downwards. From a technical perspective, there are more chances of a resistance breakout as the current figure usually shows a trend continuation. If this happens, the next stop is $10,300. However, in order for this to happen, the trading volume needs to increase as the current volume is low.

Ethereum (ETH) is today's leader. The altcoin has blasted upwards by 6.88% since yesterday. It has had the largest gains of the top 10 coins.

Having accumulated enough strength, Ethereum (ETH) has moved out of its sideways trend. Regarding the nearest price forecast, the coin might show a slight decline to its nearest level of $227.67 in order to gain 'fuel' that will allow it to maintain the ongoing growth.

The most important factor is that the rise is accompanied by a relatively high buying trading volume, which is a good sign for the bulls. As for the next resistance level, traders should consider the $252 level, which might be achieved by mid-June.

XRP is also showing prospective signs of growth, even surpassing Bitcoin (BTC) in some cases. This might have helped the coin power back to 3rd place in the global cryptocurrency rankings.

Having broken out its support zone, XRP has neglected the possible start of a bearish trend. The rise has been supported by two important components: high liquidity (Visible Range indicator) and trading volume. One might see the coin slowly approach the $0.2050 level. To sum it up, the bulls are ready to move towards the next resistance mark at $0.2082 next week.