Valeria Blokhina
Read U.Today’s news digest to find out about the latest events in the crypto industry! 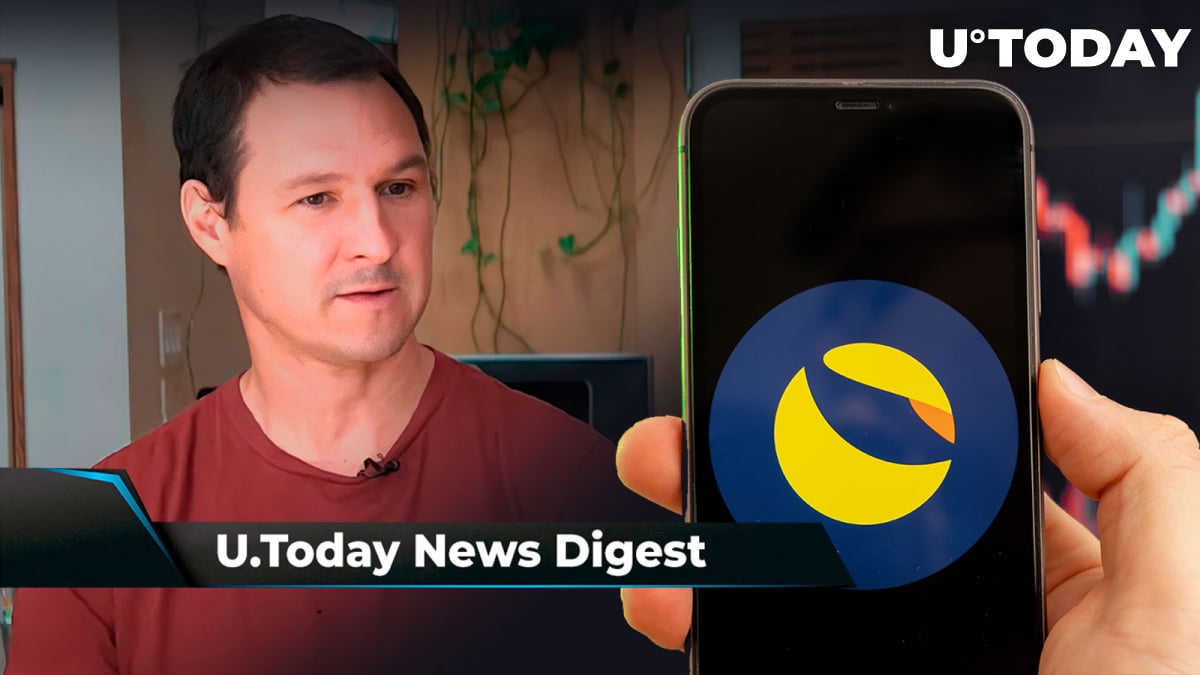 According to a report by Sky News, Three Arrows Capital, embattled cryptocurrency hedge fund, has collapsed into liquidation by the order of a court in the British Virgin Islands. Global advisory firm Teneo has been lined up to handle the company's insolvency. The demise of Terra and the accompanying market contagion have had a devastating impact on the once-dominant hedge fund. Earlier this month, the Wall Street Journal reported that 3AC was seeking a bailout agreement as it started selling off its assets. The collapse of one of the most significant crypto companies could exacerbate the pain already being felt by the industry, which is still trying to recover after a string of bad news.

Despite the entire crypto market being in the sea of red on Wednesday, Terra’s failed algorithmic stablecoin USTC (UST Classic) demonstrated 90% growth. This rapid spike managed to revive the quotations of LUNC (Luna Classic), another troubled token of the Terra ecosystem. According to yesterday’s price data, USTC was trading at $0.78, up 87% today and 850% over the past three days, and LUNC at $0.000135, up 25% today and 170% since Monday. Both tokens, however, have pared gains since then; at the moment, USTC is valued at $0.51 and LUNC at $0.000123. It remains unclear what prompted such powerful price movements, but the reason may be a withering of negative sentiment concerning Terra, with social media only covering the controversial head of Terraform Labs, Do Kwon.

Jed McCaleb has 81.5 million XRP left, next week he may go down to zero

Ripple Labs co-founder and former CTO Jed McCaleb has only 81.5 million XRP left in his wallet, XRPscan data shows. On June 25, Jed Balance, a website created to monitor Jed McCaleb's XRP balance, reported that the balance of his wallet amounted to 114 million tokens. However, some crypto community members, including Twitter user @Lionel46294550, speculate that if McCaleb keeps up the current selling pace, he is likely to sell the rest by next week. As reported by U.Today, at the beginning of June, Jed had as many as 183 million XRP on his wallet balance, thus, since June 6, he has dumped roughly 100 million tokens onto the market.

Lead blockware analyst Will Clemente has taken to Twitter to tell followers about an indicator that can help determine the current momentum on the market. Clemente used the short-term holder cost basis, which, he says, is an "excellent" bearish sign of the current downtrend. The indicator reflects the average cost of Bitcoin held on the addresses of short-term investors. Whenever an asset moves below it, short-term holders hold funds at a loss. If the price crosses the STH line after falling below it, this means that the market has enough power to push the asset's price above the "breakeven selling pressure," which the market faces whenever short- and mid-term holders see the possibility of breaking even on a previously unprofitable position.

At the time of publication, Bitcoin is changing hands at $19,142, down almost 5% since yesterday.