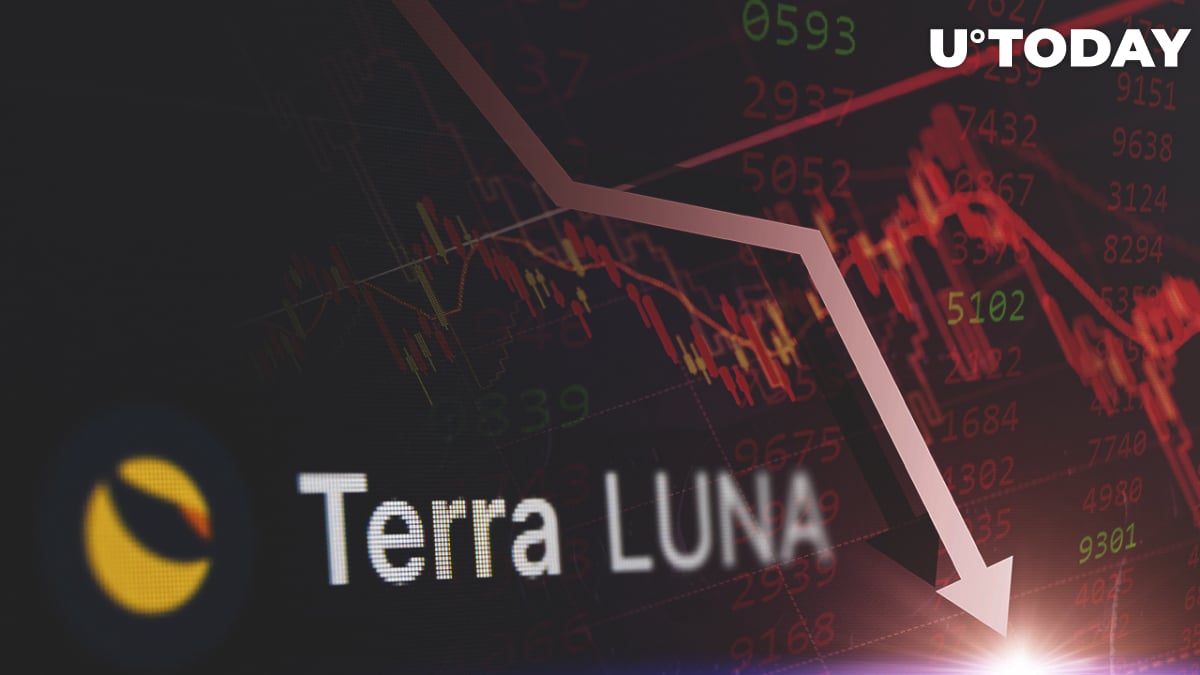 One of the most popular cryptocurrencies shed $29.5 billion in market capitalization in days in what appears to be the biggest and fastest downfall of a major blockchain project to date. The token is down more than 99% from its record high of $119.18 that was recorded a little over a month ago.

The UST stablecoin is currently trading at $0.34 after plunging as low as $0.30 earlier today. Many have already jokingly branded it a "Kwonzi" scheme.

In an attempt to right the ship, Terraform Labs founder Do Kwon supported minting some additional LUNA tokens in order to eventually restore the $1 peg. After hours of silence, his statement only exacerbated the selloff.

Related
Bitcoin's Profitability at Lowest Point in 2 Years
Kwon was allegedly trying to secure a bailout deal with some big-name investors, but it ended up falling apart. In the past, Terra had faced accusations of being a Ponzi scheme, but the controversial co-founder chose to wave them away.

MakerDAO founder Rune Christensen, who called Terra's UST "a solid Ponzi" in January, tweeted that he was sorry about all the people who got suckered into the project.

In the meantime, Bitcoin slumped below $30,000 for the second time this week, currently trading at $29,192 on the Bitstamp exchange.

Terra's annihilation has spilled over into other major cryptocurrency projects. Avalanche's AVAX is taking a severe beating, plunging by more than 40%. It is worth noting that the two blockchains started their "blossoming collaboration" in early April, with Luna Foundation Guard buying $100 million worth of AVAX tokens. Solana (SOL) and Polkadot (DOT) plunged more than 25%.