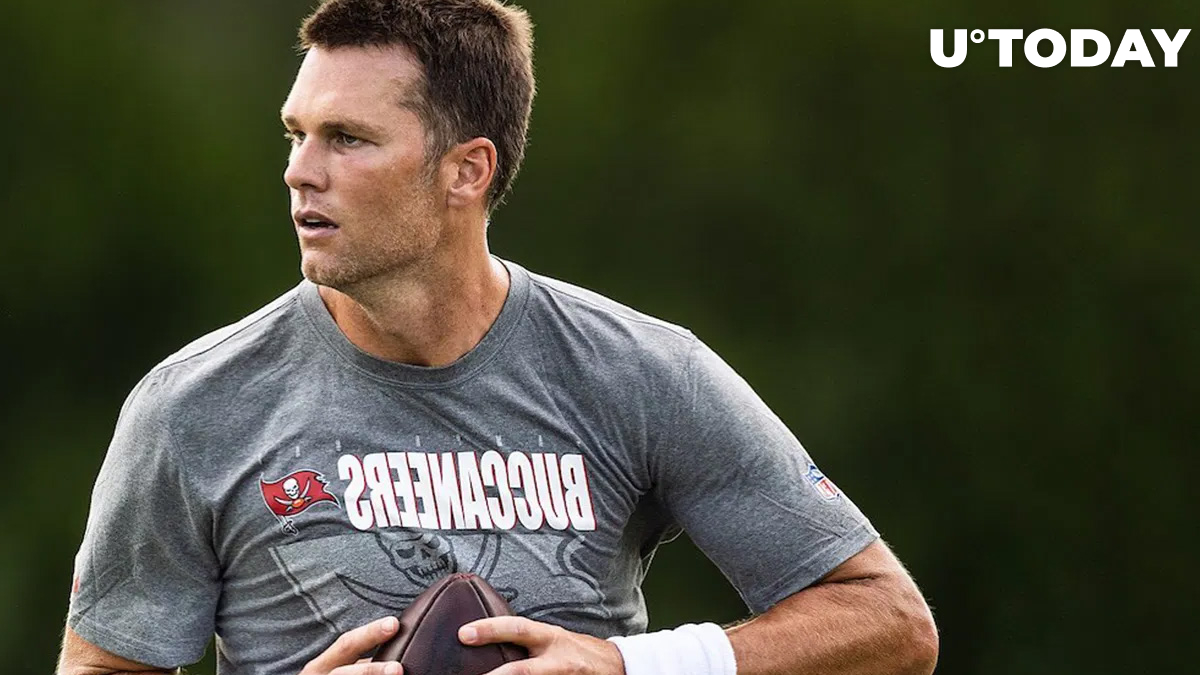 Earlier today, U.Today reported on Brady considering adopting the popular Bitcoin meme amid rumors that he is now heavily invested in the top cryptocurrency.

The famed quarterback is known for winning more Super Bowls than any NFL franchise in history.

Prior to that, several major NFL players, including offensive tackle Russell Okung, started getting paid in Bitcoin.

Cryptocurrency enthusiasts—whose ranks include heiress Paris Hilton—are adding laser eyes to their Twitter profile pics in an attempt to push BTC to $100,000.

The cryptocurrency is trading at $57,687 at press time.