Yuri Molchan
Head of data agency CryptoQuant has stated that $1.7 billion in stablecoins have been shifted to crypto exchanges, which could mean a bullish scenario is in the cards 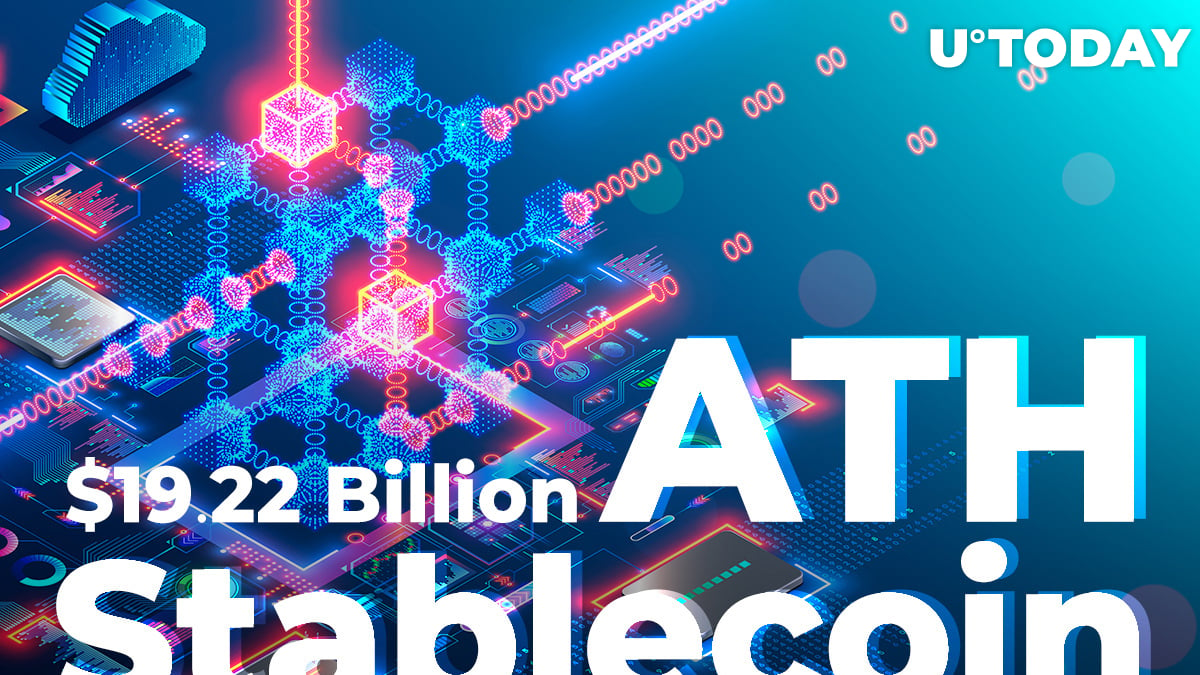 Ki Young Ju, CEO of on-chain analytics vendor CryptoQuant, has taken to Twitter to share that recently almost $2 billion worth of stablecoins have been moved to various crypto exchanges.

Now, the stablecoin supply on spot crypto platforms has soared to a new all-time high of $19.22 billion, according to another CryptoQuant tweet.

Ju believes that this likely means that a long-term bullish scenario may roll out for cryptocurrencies: Bitcoin, Ethereum and other top coins.

$1.7B worth stablecoins flowed into exchanges lately.

Theoretically, exchanges fill up stablecoins to
1/ buy crypto assets as user request (or exchange side)
2/ prepare user withdrawals before the dip

Data shared by CryptoQuant CEO and an analyst verified by that platform shows that approximately $1.7 billion in stablecoins has inflowed crypto exchanges lately.

One of the scenarios that may follow it is bullish since these funds are "dry gunpowder" and could definitely flow into cryptocurrencies—Bitcoin, Ethereum, ADA and others, which are on the rise at the moment or expected to rise high soon.

That is what analyst Jan Wuestenfeld believes, and so does the CryptoQuant CEO. However, there is also a chance, according to the latter, that this could be a preparation of user withdrawals before a coming dip in crypto.

The current value of $19.22 billion is a growth of fivefold from the $4.19 billion all-time high worth of stablecoins concentrated on crypto exchanges recorded in late January.

USDC to be stored in cash and U.S. treasury bonds

As reported by U.Today earlier, the emitters of the second-most-popular stablecoin after Tether's USDT—USDC—have announced that USDC reserve funds are going to be stored only in cash and in short-duration U.S. government Treasury bonds as of September. The coin will still be backed by USD on a 1:1 ratio.

The statement was made by Coinbase president and COO Emilie Choi. USDC was issued together with Circle and Centre.

According to Choi, the changes in the investment strategy of USDC will not finish by the aforementioned decision in September but will continue to be diversified.

At the moment, the market cap of USD Coin, the largest regulated stablecoin on the market, equals $27,055,019,013, and the coin holds eighth place on the CoinMarketCap scale.

As of now, USDC is available on four blockchains: Ethereum, Algorand, Tron and Solana. USDT is supported by Ethereum, Tron, Omni, EOS, Liquid, Algorand, SLP and Solana, according to the Tether transparency page.