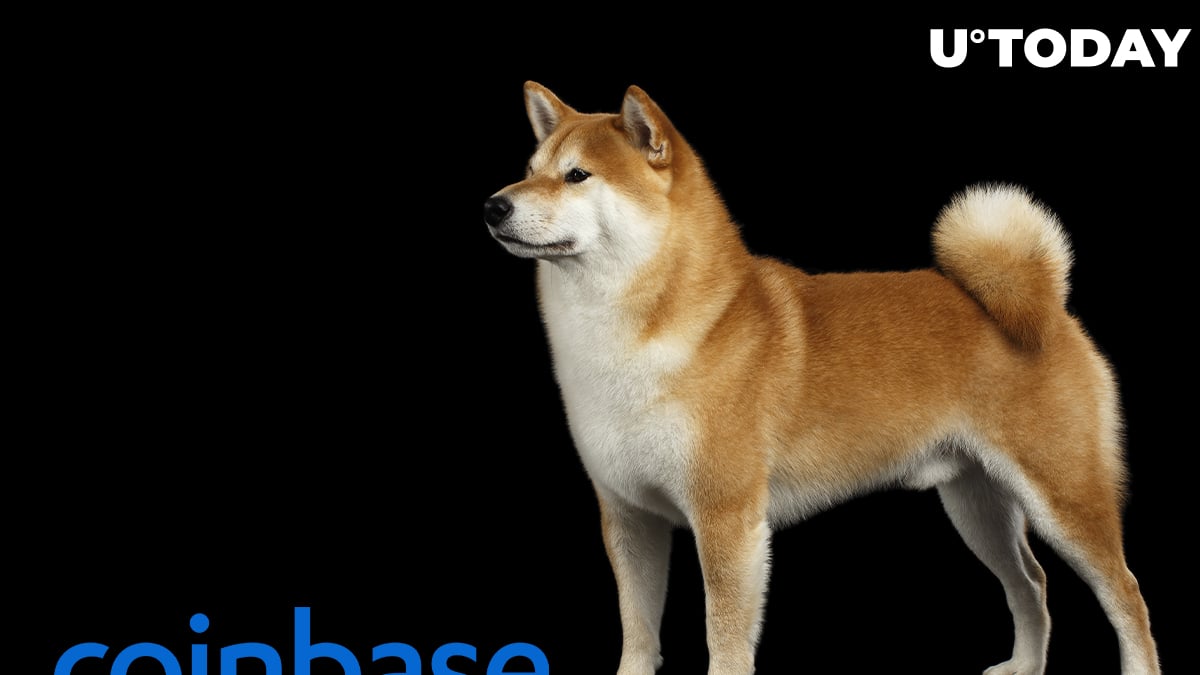 Shiba Inu, a Dogecoin knock-off, has become the most traded cryptocurrency on Coinbase in less than a month after it was listed on the leading U.S. exchange.

After soaring over 80% within 24 hours, the canine coin has once again entered the top 30 largest cryptocurrencies by market cap.

Overall, its daily trading volume has jumped a whopping 553% in just one day.

The cryptocurrency was riding the canine coin wave together with Dogecoin back in May. Ethereum co-founder Vitalik Buterin burning 90% of his SHIB tokens added more fuel to SHIB's rally.

Then, the uptrend came to a screeching halt due to the broader market correction, with the token's price plunging 89% from the top.

Musk's recent photo of his Shiba Inu puppy, as well as Robinhood listing rumors, are believed to be some of the key reasons behind the ongoing recovery.