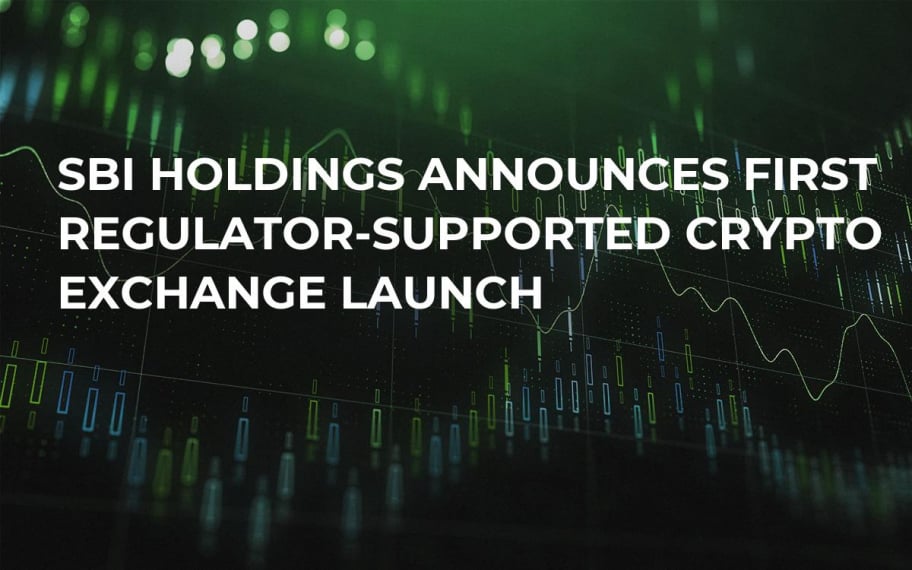 The trading platform works under the name VCTRADE and trading at the moment is open for those who registered there in autumn 2017. In mid-summer 2018 the exchange will be available for other traders to join as well.

First of all, VCTRADE will trade XRP tokens. Later the platform plans to list Bitcoin (BTC) and Bitcoin Cash (BCH). So far it is not yet exactly clear when it will happen, though.

This decision was made due to the fact that SBI Holdings is a partner of the Ripple company. The latter has been partnering with numerous banks and payment services for implementing XRP into the global cross-border system of transactions.

In autumn 2016, SBI Holdings set up a subsidiary, SBI Virtual Currencies, and in 2017 it registered with Japan’s regulator Financial Services Agency (FSA). The launch of the crypto exchanged was initially planned for winter 2018 but was delayed due to the Coincheck hack.

Another reason for the delay was the fact that the company had broken up its cooperation with Huobi exchange, which was meant to provide the necessary technical and financial base for launching VCTRADE.

Since XRP is a centralized coin and its team keeps partnering with state financial institutions around the world, the currency is highly welcome in Japan where the authorities have declared war on anonymous and decentralized tokens, like Monero, Dash, Zcash, etc, to be traded in online exchanges. For this reason, the new platform VCTRADE has the green light from the local regulators and banks.