Darryn Pollock
Since the beginning of the week there has been a bout of rollercoaster volatility with coins bouncing up and down in price, but overall, it has been positive for Ripple a 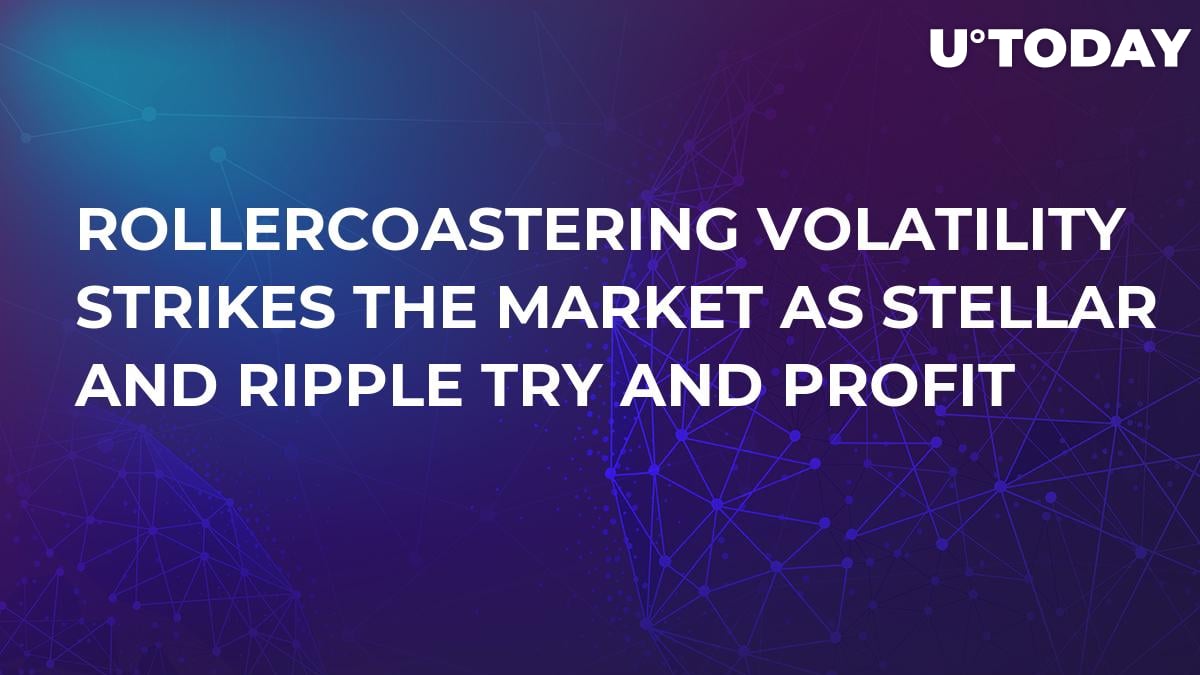 Following on from low trading volume through Sunday into Monday, the cryptocurrency markets have seen some big volatility as the price of coins drop and bounce back coming up to Wednesday. While the prices tumbled after low volume, they showed signs of coming back yesterday before falling off slightly again today.

However, in between the volatility, some coins in the top 10 have managed to make some gains off of the volatile market, spiking more than they have dipped. These include Ripple and Stellar, which have both seen big swings this week.

Half a week of ups and downs

Looking at the markets, since Monday, there has been a lot of volatility, although it has been relatively small in terms of the expectation from cryptocurrency. Bitcoin price has fluctuated from a high of $6,500 on Monday to a low of $6,200 the following day.

The same fluctuations have been seen across most coins, at the same time, as Bitcoin is often the leader of the markets. But there have been some exceptions. The reasoning for this volatility cannot really be explained by any sort of news catalyst for the cryptocurrency market, other than perhaps an impending flood from a Mt. Gox Whale.

Still, with the market cap of the entire cryptocurrency space floating between $195 and $202 bln, the volatility may be obvious, but the spike is not that big or small.

One coin that has done well in the rollercoaster of price changes has been Ripple. The third-ranked coin by market cap only fell a small bit on Monday, but as the market bounced back, Ripple had a huge spike in price. It hit a low of $0.26 but managed to bounce up to $0.33.

However, the growth of Ripple is outshone by its close competitor, Stellar, which has seen a much bigger bout of volatility, but through the week, has managed to gain more. Stellar dropped to $0.19 at its lowest this week, but the recent spike has seen it up to a high of $0.21, but it is its seven-day cycle which is most impressive.

Over the last seven days, where most coins have suffered pretty decent losses, Stellar has actually shown a small amount of growth, about two percent.

A lot of this has to do with the belief in Stellar, especially with its partnership with IBM, but it also recently acquired Chain– a ledger-based payment network solution already employed by VISA, NASDAQ and CitiGroup