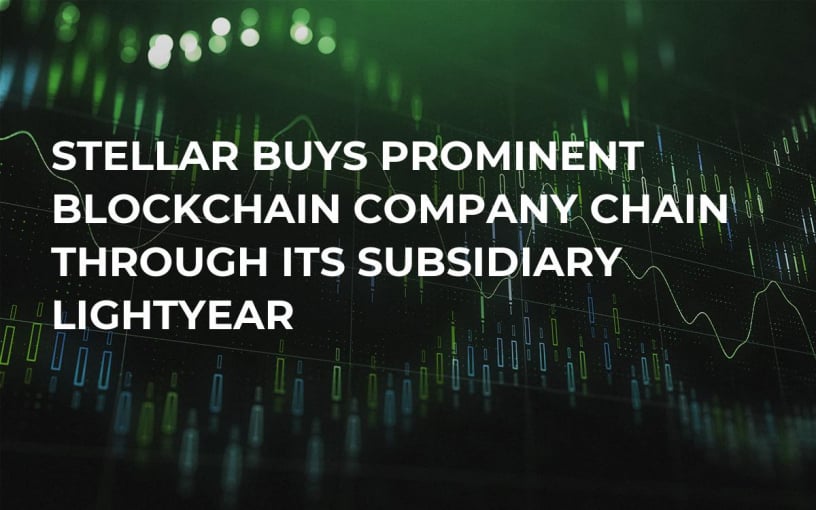 Chain, a San Francisco-based fintech firm that builds private Blockchains for enterprises, has been purchased by Stellar’s for-profit entity called Lightyear, according to a recent Yahoo! Finance report.

Being founded back in 2014, Chain is considered to be one of the most prominent startups in the industry. The list of its venture investor includes Visa, NASDAQ and Pantera Capital. From now on, the two companies (Lightyear and Chain) will merge into Interstellar.

During an interview with Yahoo! Finance, states that they are betting big on Stellar with the recent deal, which was reportedly conducted for an undisclosed amount of money.