Ripple in Trouble: Will JP Morgan Coin Affect the Price Prediction of XRP?

Darryn Pollock
In a surprising move, bank JP Morgan has announced a cryptocurrency that sounds a lot like what Ripple is trying to do with XRP 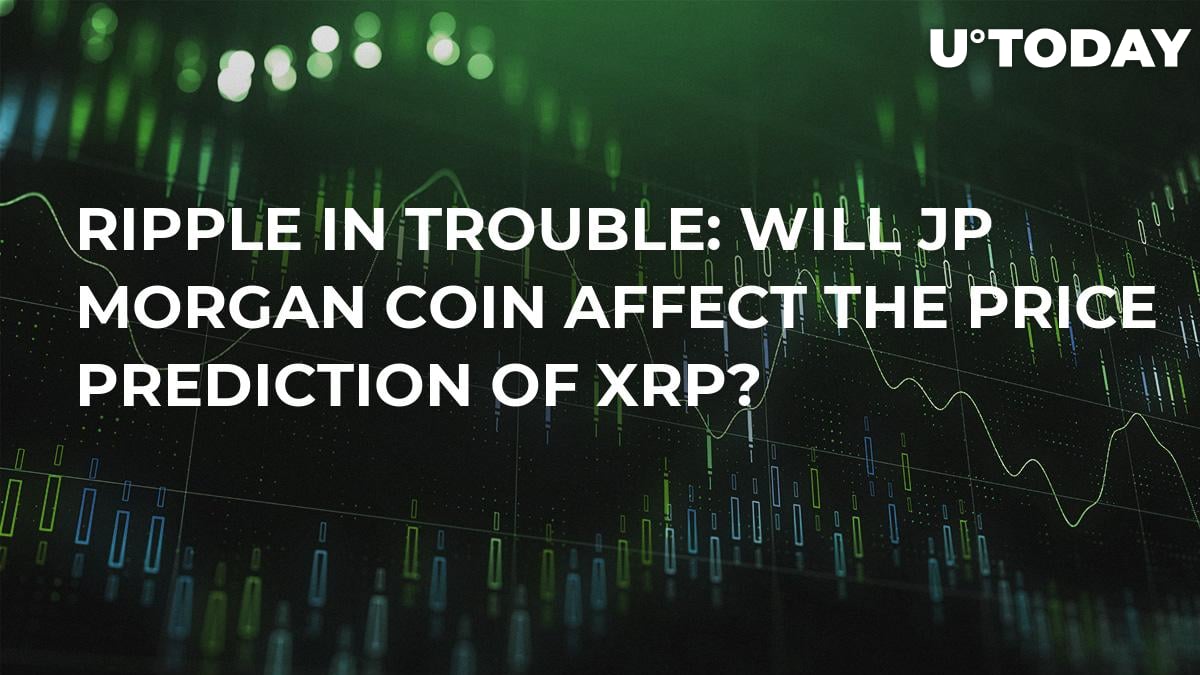 After being in the news for all the right reasons recently — from donating to blockchain studies at universities and making key banking partnerships — Ripple and its XRP token are suddenly under fire by Wall Street bank JP Morgan.

The bank, whose CEO once famously slated Bitcoin, has seemingly changed its tact with the announcement of its own stable cryptocurrency, the JPM Coin. This new cryptocurrency has been used in just one trial transaction, but many are already hailing it as a game changer for digital assets.

JP Morgan Chase’s plans for its clients to use JPM Coin in cross-border payments is a direct threat to one of the most regulated and in-line blockchain companies: Ripple and their XRP token.

A slap in the face

There has been ongoing rumblings about dissatisfaction with the current method of international payments, SWIFT. For this reason, Ripple has been taking aim at replacing the outdated system. However, it seems like they are not the only ones with JP Morgan now coming to the fire with their own version.

Ripple has been working hard, but at their core, they are a startup that is now in competition with a major Wall Street bank which has a lot of sway and brand recognition in the financial sector.

“This is a huge slap in the face for Ripple,’’ said Tom Shaughnessy, principal at Delphi Digital, a crypto research boutique in New York. “Ripple’s target market is cross-border payments and remittances and now JPMorgan’s effort is a direct threat.’’

With that being said, Ripple and its CEO Brad Garlinghouse, as well as the price of the XRIP token, have barely taken note of this big announcement.

The price of the XRP token has remained quite steady since the announcement, trading sideways for most of the week. Additionally, Garlinghouse tweeted after the news broke:

As predicted, banks are changing their tune on crypto,” Garlinghouse wrote in a Tweet. “But this JPM project misses the point – introducing a closed network today is like launching AOL after Netscape’s IPO. 2 years later, and bank coins still aren’t the answer.”