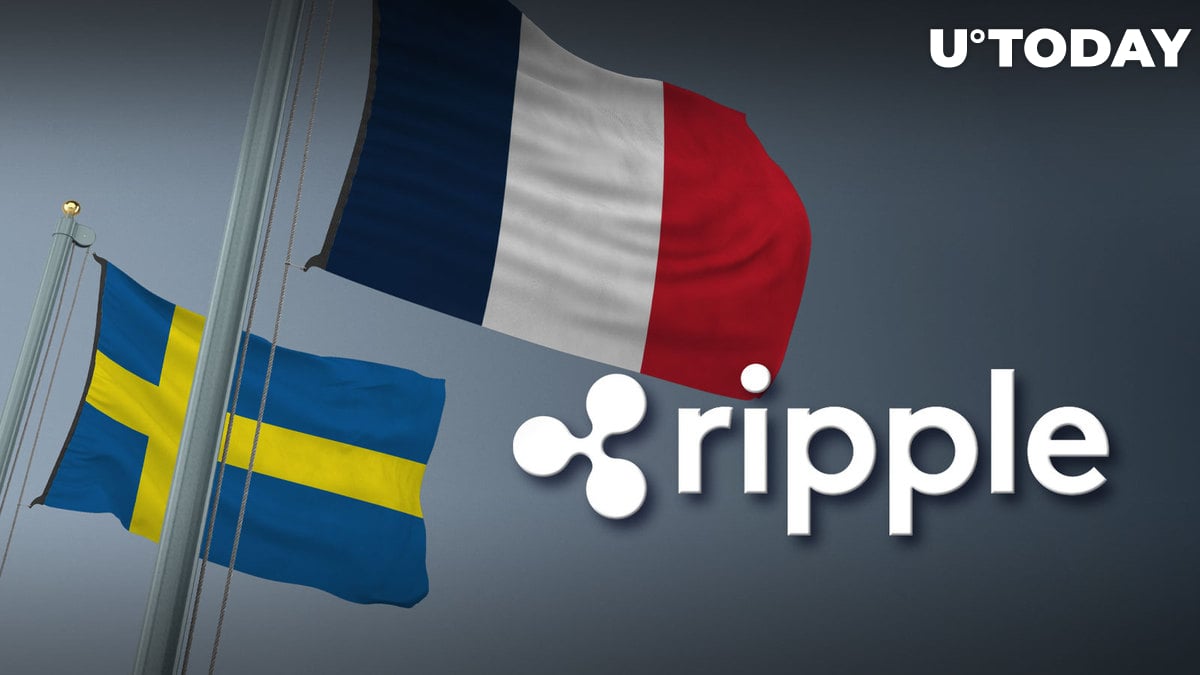 In a recent blog post, San Francisco-based fintech firm Ripple spread the word that it has inked its first partnerships in France and Sweden, bringing ODL to consumers in these countries.

Together, we’re making it easier for consumers and businesses in these regions to make real-time payments around the world. https://t.co/WOFgR3D0IP

This partnership has occurred at the time, when France has been opening itself to the technology of crypto and blockchain. The Ripple partnership will help Lemonway to eliminate its pre-funded accounts in other countries and the capital that was used for pre-funding earlier will now help improve and expand the company's business in France.

As for the Swedish customer, the first one in the country, Xbaht, it enables funds transfers between Sweden and Thailand. Partnership with the Ripple giant will allow Xbant to offer quick and cheap remittances using ODL (On-Demand Liquidity), which will also be supported by Tranglo – a hub for cross-border payments working in Singapore.

Ripple's managing director for Europe, Sendi Young, stated that these new partnerships will help Ripple continue to do what it has been doing since its foundation in 2012 – creating real use cases based on cryptocurrency and DLT. Now, thanks to Lemonway and Xbaht, these technologies will start to be used in two major European countries.

Ripple's recent New Value research has demonstrated that 70% of respondents based in financial institutions located in Europe believe that DLT is going to have a big effect on financial markets and related services within the next few years. Fifty-nine percent of respondents say they are keen to utilize blockchain for conducting payments.

This is where Ripple comes in, offering its services through RippleNet and ODL. The company's business has been seeing massive expansion around the world, and Ripple's clients have been improving, scaling their businesses using ODL.

Currently, the annualized volume of payments made via ODL has surpassed $15 billion. In the second quarter of this year, ODL has increased nine times year-on-year.

This Ripple service currently powers around 25 payment markets in various countries, including Poland and Asia: FINCI, SBI Remit, Novatti, etc. Now Lemonway and Xbaht have joined them too.