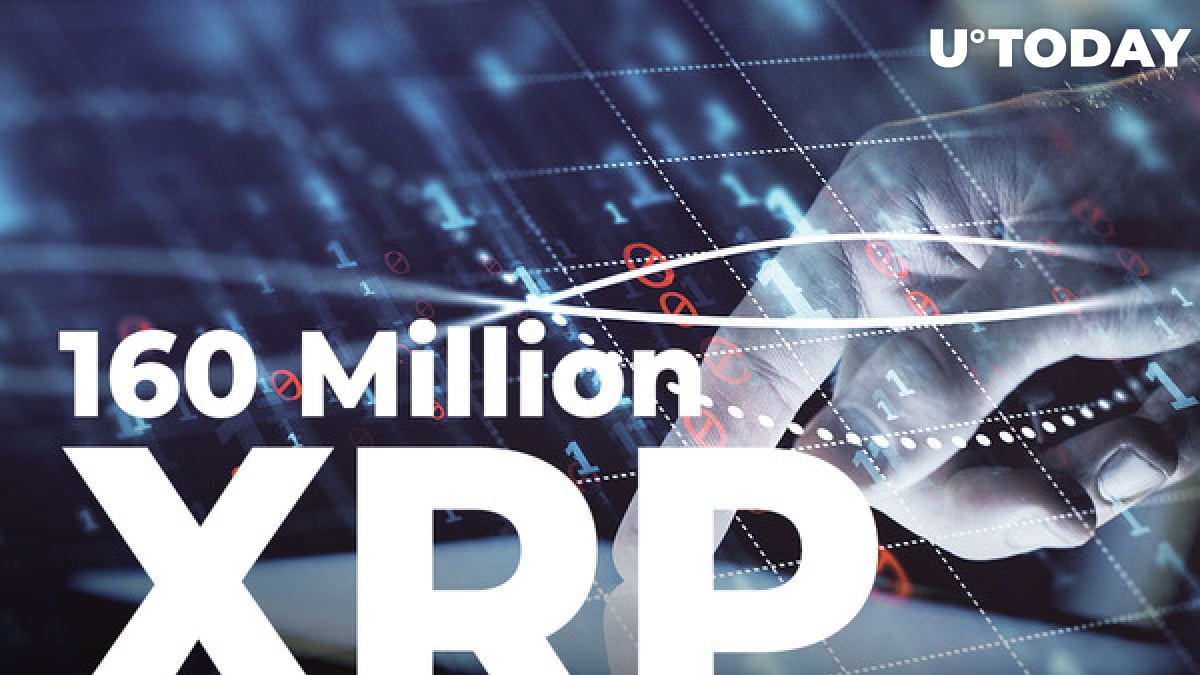 In the past 24 hours, blockchain tracker Whale Alert has noticed approximately a dozen crypto transactions that moved a whopping 160 million XRP between the world's top-tier exchanges with the Ripple giant making one of those transfers.

Close to $270 million in XRP moved

According to data from the Twitter page of Whale Alert—the blockchain service that tracks large crypto transactions of certain coins, including XRP—in the past 24 hours, a total of 160 million XRP tokens have been moved.

The exchanges that participated are Binance (the largest XRP amount moved between its wallets was 61 million tokens, with 20 million sent to Huobi), Bifinex (shifted 44 million), Coinbase (7.1 million), Bitvavo (12 million), Huobi, Bitrue and Bitstamp.

A total of 3.4 million XRP was transferred from Ripple's wallet RL18-VN to the Huobi exchange as well.

As reported by U.Today earlier this month, the Ripple blockchain giant has scored several legal victories, against both the SEC and against Tetragon, its major investor that has attempted to withdraw its $200 million investment from 2019.

The court has approved of Ripple not having to disclose the private financial records of the company's two highest-profile executives, Brad Garlinghouse and Christopher Larsen, the current and former CEOs.

Besides, these two defendants have filed motions for the SEC's lawsuit against them to be dismissed.

In light of this, XRP has been rising in price, having come close to the $2 level recently. Besides, the #relist XRP campaign is getting more traction on Crypto Twitter.

In a recent Twitter thread, the current Ripple chief technology officer, David Schwartz, opined that it is no use holding large amounts of crypto just for the sake of holding if one has trouble covering essential expenses.

He believes that it is not "immoral or selfish" for them if they choose to sell. In the next tweet, Schwartz clarified that he was not giving any financial advice but was merely calling on users to think rationally about opportunities and risks.