Upbots Launched Their Intuitive Crypto Trading App and Is Now Available on Android! 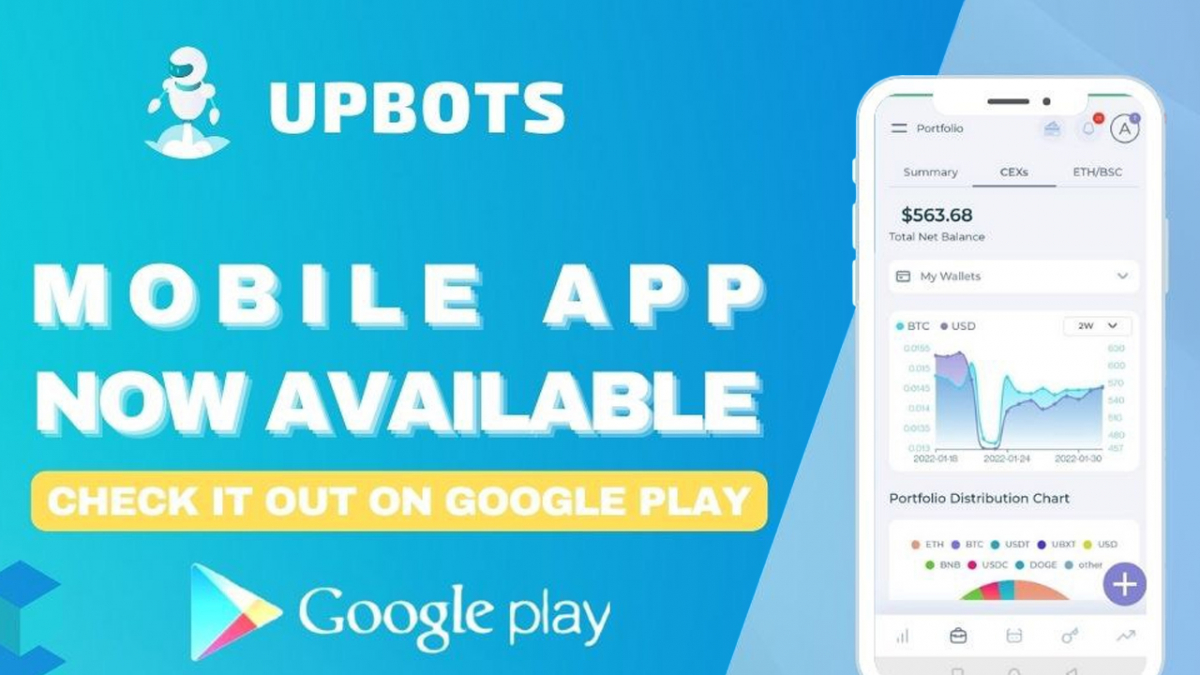 UpBots’ growth this year has been quite significant so we decided to take a closer look at their newly released app.

Why use the UpBots app?

Check it out now https://play.google.com/store/apps/details?id=com.app.upbots&hl=en&gl=US 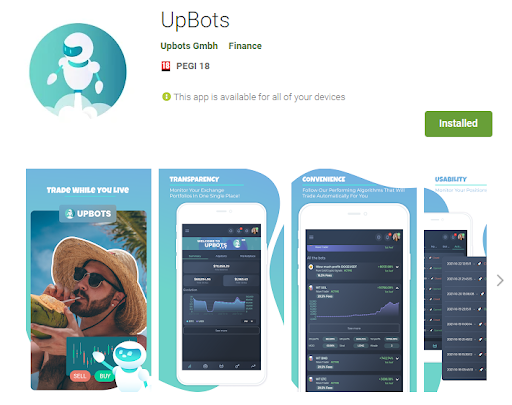 What makes the Upbots platform unique?

It's not any one thing, but rather a combination of factors:

There is no need to purchase a subscription to access the platform's portfolio monitoring or trading services. It only takes a few minutes to link an API (Binance, Kucoin, Huobi or FTX) to start trading.

In addition to manual trading, users can also rent a trading bot. This is an interesting feature, which requires the purchase of UBXT, the token of the Upbots platform. This token is then used to pay the performance fees.

The algorithms available on their platform are developed by independent coders, who earn a part of the performance fees. If the bot makes profits for the users, everybody wins. It is worth mentioning here that Upbots use a system of "true performance" fees. If a trade is positive but the user's capital is not at its All-Time-High, then they don't pay any fees for that trade.

This may sound trivial, but not all platforms have this feature. Having the ability to rent an algorithm that not only goes long but also goes short is a must-have in times of market consolidation.

The Upbots platform works with a performance fee model for algorithm rental. They announced their search for the best algo developers in the industry offering them between 2% and 9.25% on each trade that makes a profit for the users.

If there was $500,000 of capital using an algorithm that makes a positive trade of +10%, the Developer would then earn between $1,000 and $4,625 - and that is on a single trade only. Sounds like an interesting option for Developers looking for some extra income and recognition.

After reviewing their platform, we believe that Upbots has a bright future ahead.