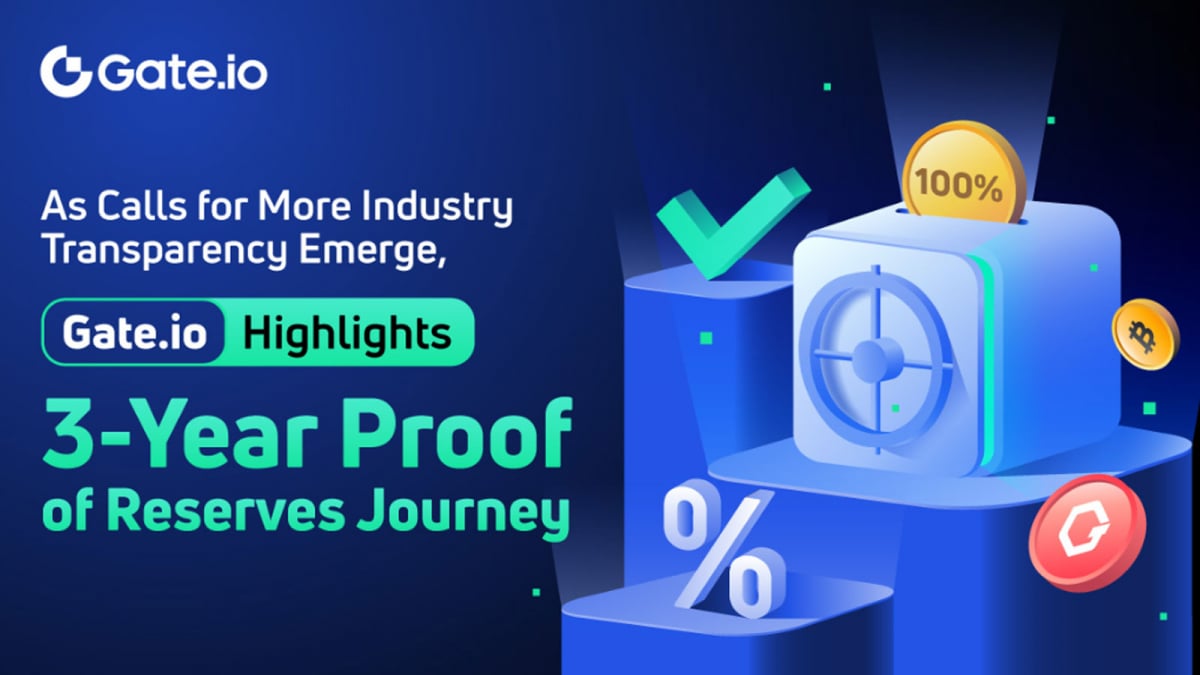 Following another major crypto exchange collapse, user concerns around the solvency, security, and stability of crypto exchanges have reignited, leading to discussions regarding exchange reserves. As a result, attention has shifted toward crypto exchanges such as Gate.io, the first to provide a Proof of Reserves audit with Merkle Tree verification.

While many exchanges are just now starting to voice commitments to proving reserves in response to the recent events, Gate.io's commitment to Proof of Reserves dates back three years.

In May 2020, Gate.io set an industry precedent when it became the first exchange to conduct a third-party certified Proof of Reserves audit using a Merkle Tree; in this case, the third party was U.S. accounting firm Armanino LLP. Uniquely, the Merkle Tree method enabled users to verify Armanino's audit findings independently. In addition, this method was later patented by Gate.io.

In July 2022, prior to all the heightened tension around exchange reserves, Gate.io announced that it would commence another reserves audit with Armanino using the same user-verifiable method from 2020. In a report released by Armanino on October 28, Gate.io was shown to have 108% of BTC and 104% of ETH in its reserves, based on blockchain snapshots from October 19.

Additionally, Gate.io Founder and CEO Dr. Lin Han recently announced the open-source release of Gate.io's reserves audit method. He also welcomed other exchanges to implement it for the sake of user safety and industry transparency and health.

User Safety and Security as #1 Priority

Dr. Lin Han said, "Exchanges have an immense responsibility to the industry and, more importantly, the users. User asset security extends beyond just protection from exploits; it includes transparency, fairness, and honesty when interacting with users."

Gate.io has often stated that it operates under the premise of putting the safety of users and their assets first. By assuring users that the reserves exceed user asset balances, Gate.io shows that it sticks by its word.

"The future of the crypto industry is bright, and we see massive potential in what lies ahead. As one of the leading exchanges, we recognize that we are an important player in driving the industry's advancement towards transparency and building user trust" said Dr. Lin Han.

Recognizing the recent concerns around exchange reserves, to set the record straight and strengthen market confidence, Gate.io issued an official statement to clarify that it provided Armanino with all its wallets for the on-chain verification, and its ETH balance at the time of the audit was 269,035 ETH. In addition, Gate.io released another one of its cold wallets, which contained at least 140,000 ETH and around $200 million worth of other tokens.