Darryn Pollock
Ohio is setting a new precedent by allowing its citizens to pay their taxes in Bitcoin, and this is big news for a number of reasons 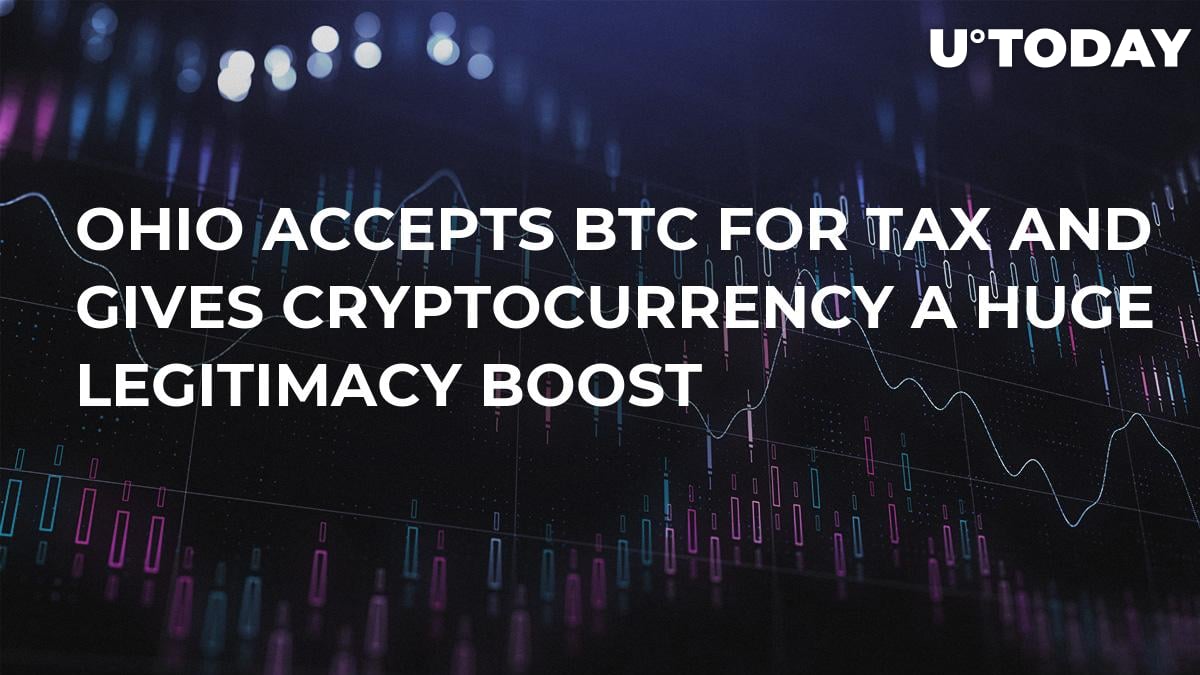 While many have been proclaiming Bitcoin as dead and now totally worthless and useless, it has hit back with the news that the state of Ohio in the US has decided it will allow its citizens to pay their taxes in the cryptocurrency.

This is a huge boost for the struggling cryptocurrency as it has further legitimized its use and shows an acceptance from governmental organizations that BTC is a payment option for may people.

It is an indication from the state that Bitcoin is not only making its way into the mainstream, but it is in fact a legitimate currency, as expressed by State Treasurer Josh Mandel, who said:

“I do see bitcoin as a legitimate form of currency.”

Bitcoin has often been criticised because, in the mainstream economy, it has been called valueless. As a created digital currency backed by nothing tangible, or by any sort of institution, it has been hard to say where it derives its value from.

However, now that it is being accepted and legitimized by a state agency which is willing to accept it as a form of payment, the argument that there is no value to Bitcoin falls flat as it can be primarily used to pay taxes.

This step towards further legitimacy has been fueled by a change of public perception of Bitcoin in a very short time. It shot to prominence along with its price increase, and ever since then there has been incremental appreciation and acceptance of the digital currency from governments and regulators alike.

Interestingly, it would seem that the catching up from regulators and governments is still occuring as they sit behind the eight ball in many respects. At first, Bitcoin burst onto the scene with no regulation, only for the men in charge to stamp down on the cryptocurrency,  affecting the market.

But now, with the market down, the second wave of adoption, regulation, and understanding is coming through in a positive manner, with this move by Ohio a prime example.

Setting up its stall

It is not only the acceptance of Bitcoin from Ohio that is legitimizing the cryptocurrency — it is the fact that the public perception of the cryptocurrency can be effected in a positive light. For the state to accept the cryptocurrency, there has to be robust and ridgid infrastructure for it to work, and if it is to work under these circumstances, it could show that Bitcoin can work as a true payment option.

“Ohio’s acceptance of Bitcoin for tax does help send a message that bitcoin’s a technology that can be used by anybody — by bad guys but also by the government,” Jerry Brito, the director of non-profit cryptocurrency research organization Coin Center, said.