Market Fall Abates as Some Growth Noted Along With Sideways Movement 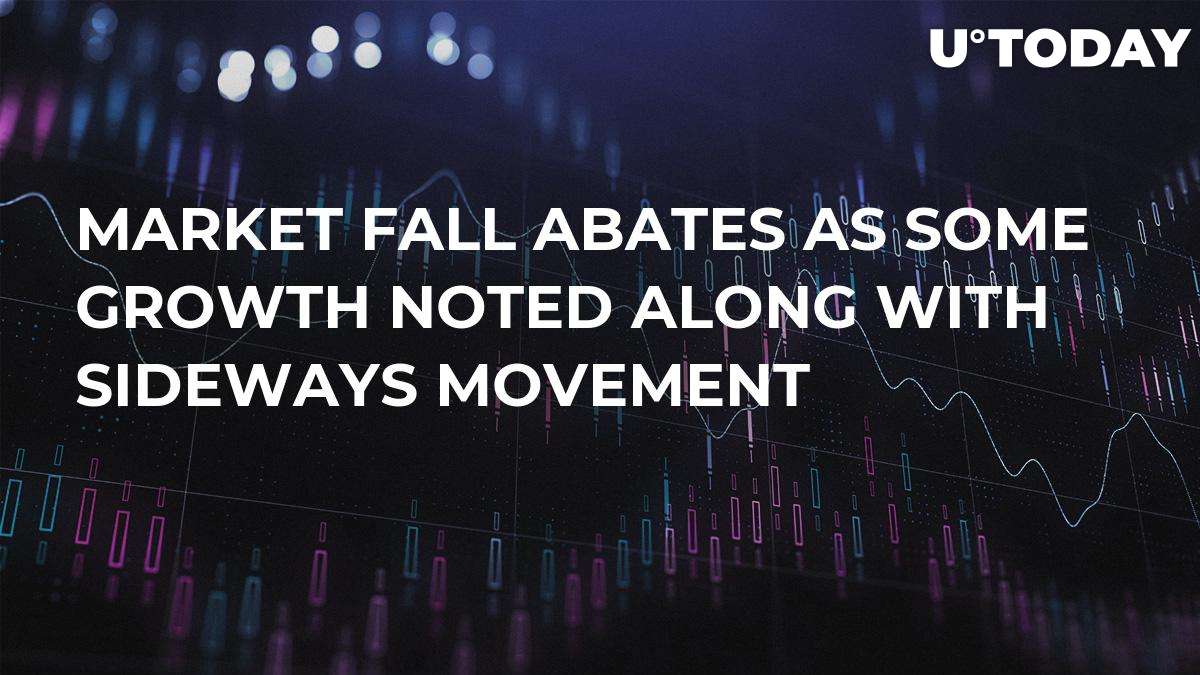 It is good news for the markets after two days of losses with most of the market showing small gains, or at least flat movement while coins take stock of the sudden drop seen on Sept. 5th.

Most of the top 10 coins are showing growth of between one and four percent, although the general trend is a flat movement with the bottom of the drop being found.

The Bitcoin price was, before the sudden collapse, heading towards $7,500, however, it dropped as low as $6,200 before rebounding slightly and now has climbed to just over $6,500.

The fall of Bitcoin was blamed on Goldman Sachs decision to delay its cryptocurrency trading desk, although this catalyst seems flimsy at best and has been denied by those at Goldman.

While Bitcoin is showing small growth or better described as a settling sideways movement, there are some coins in the top 10 that are showing upward growth of around four percent- such as EOS, Stellar and RIpple.

Nano, rated 30th by CoinMarketCap is showing gains of 10 percent, with Ontology, at 25 on the market cap, up 11.

Before the sudden fall in the markets, there was news of both Bitcoin Dark, and Bitcoin Diamond showing massive gains with the former tripling in value. However, those coins are now suffering from not only a correction but also the negative sentiment in the market as they remain in the red. Bitcoin Diamond is down 16 percent and Dark by 10 percent as a lot of their quickly-gotten gains fall away.

Time will only tell if this is a brief pause in a bigger fall for the cryptocurrency markets, however, with no real catalyst or reason for the fall in terms of negative news, it does not seem likely that it should continue in this manner.

The markets are in search of some sort of positive news, and that is what a lot of commentators are waiting for, to help the cryptocurrency space get back to its high-earning ways.