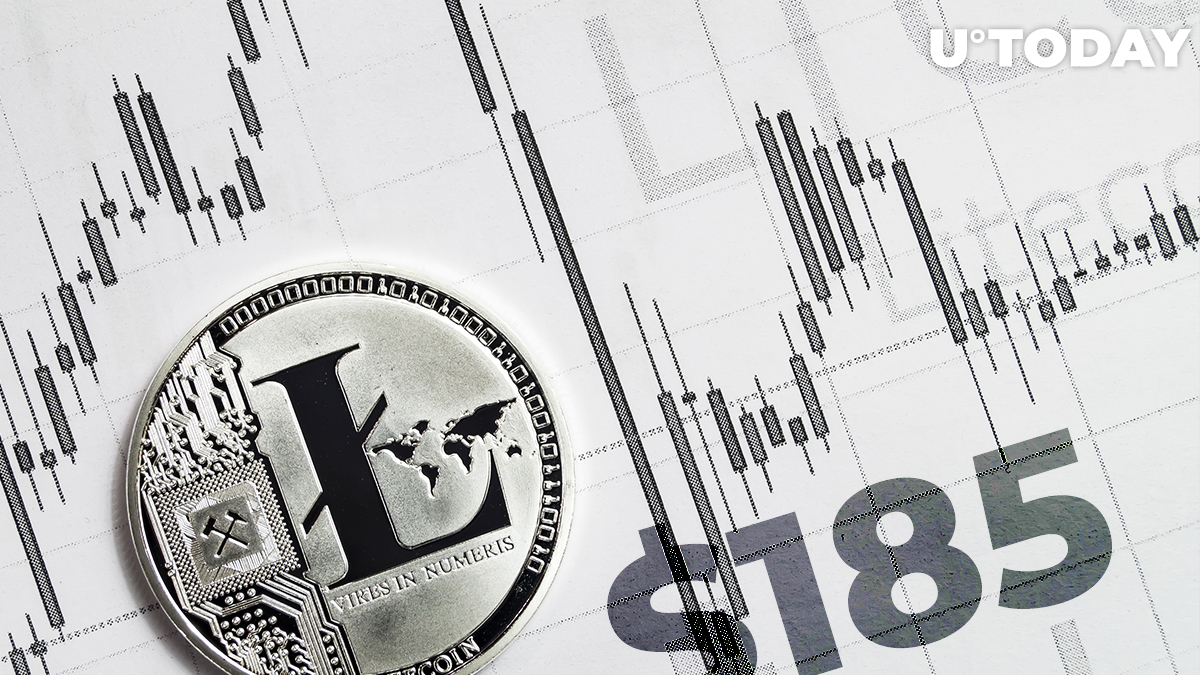 According to recently updated on-chain data on Litecoin from IntoTheBlock analytics, major resistance might appear around the price of $185. The In/Out portion of the money indicator shows the address's average cost of buying or receiving tokens held by it. Data shows that a large portion of holders has entered Litecoin at the average price of $185. The total volume for the specified price is 4.67 million LTC, held by more than 120,000 addresses.

Due to the large volumes that are currently being held at a loss, traders will most likely try to close their positions once the price hits values close to $185. Potential selling pressure may become a reason for a reversal if the current buying power cannot carry Litecoin.

Litecoin is not facing any major resistance on its way from $177 to the abovementioned price. Even though there is a significant number of holders that are experiencing losses since the previous local top on Aug. 23, more than 70% of all holders are staying in profit and not closing their positions.

The Global In/Out of the Money indicator analyzes addresses that hold any amount of coins and separates them by three categories: in the money (profit), at the money (breakeven), and out of the money (losing). By using on-chain data, traders and investors will be able to tell when a coin might face major resistance since the majority of market participants tend to close unprofitable positions once they are able to get out without any loss or profit.

IntoTheBlock on-chain analytics service calculates the average cost of coins on various addresses based on the weighted average price at which funds were received in the wallet. The indicator clusters all addresses that have previously bought a coin at a certain price or range. The size of the cluster determines the possible effect on the market that might follow after the price reaches a specified range.