Alex Dovbnya
Ueli Maurer, the leader of the one of the crypto-friendliest countries, thinks that Facebook's Libra has no chance to succeed in its current form 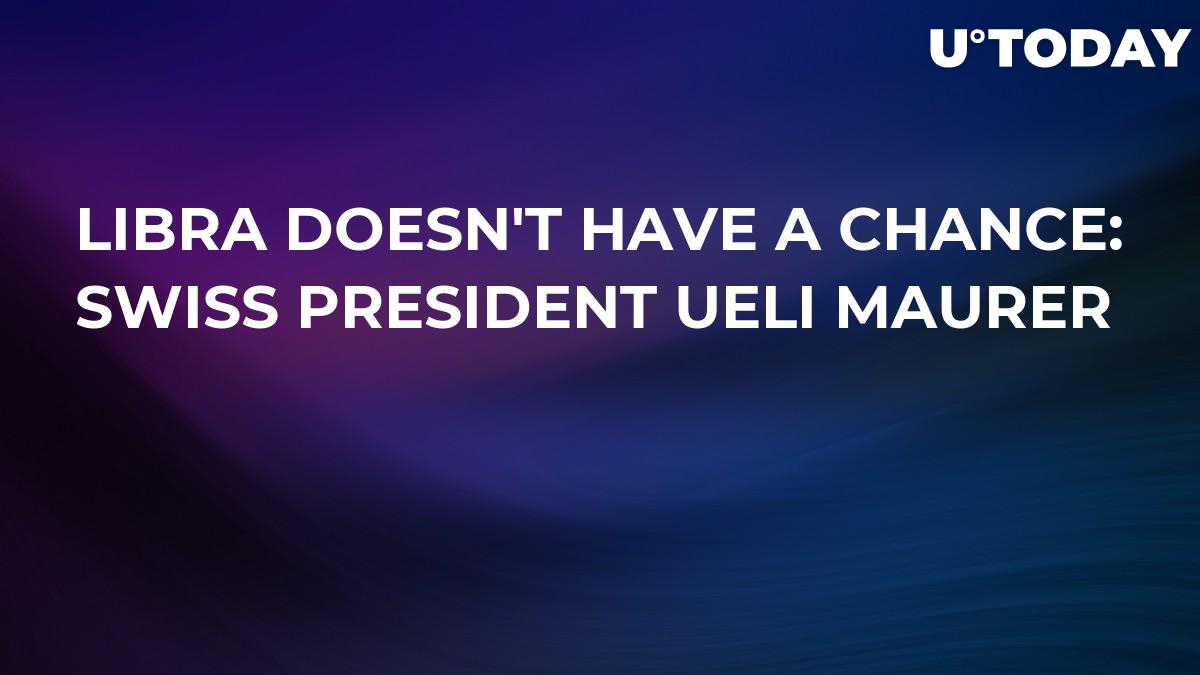 Facebook's Libra project continues to face scathing criticism more than six months after its announcement that happened on June 18.

Swiss President Ueli Maurer recently shared his take on the most controversial cryptocurrency of 2019, claiming that it had no chance in its current form, Reuters reports.

“I don’t think (Libra has a chance in its current form), because central banks will not accept the basket of currencies underpinning it,” Ueli Maurer told Switzerland-based broadcaster SRF.

He added that that the Facebook-led crypto effort had already failed in its current form.

Maurer's comments come after many members of the Geneva-based Libra Association, including Visa and Paypal, jumped ship back in October. Both Facebook CEO Mark Zuckerberg and Calibra head David Marcus were grilled by US Congress over the Libra coin.

However, the social media juggernaut doesn't plan to abandon the project despite immense pressure from politicians and regulators from around the globe.