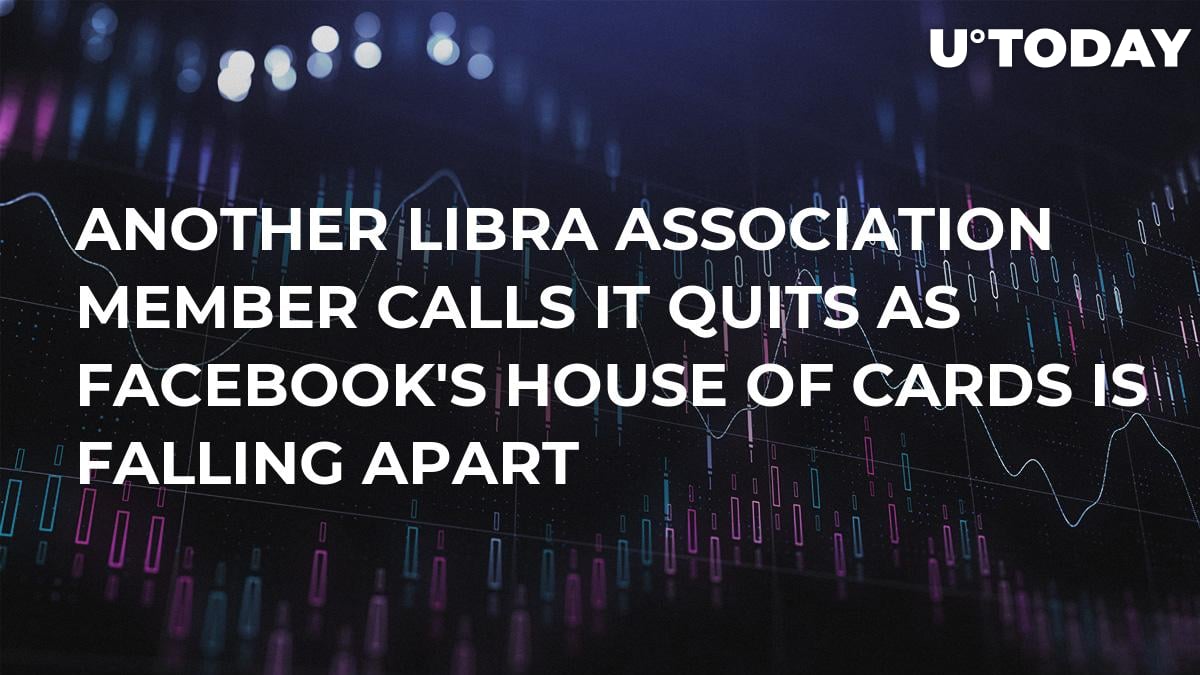 Just days before the above-mentioned companies withdrew from the Libra Association, their executive received a letter from two US senators who almost explicitly threatened with more regulatory oversight for simply being associated with Libra.

Something feels very un-american about this. Two senators writing to Visa, Mastercard, and Stripe to ask them to withdraw from Libra. https://t.co/U3Y7zkuCFB

During a recent interview with CBNC, U.S. Treasury Secretary Steven Mnuchin opined that all these big names were abandoning Libra because it didn't live up to regulatory standards.

"I think they realized that they’re not ready, they’re not up to par and I assume some of the partners got concerned and dropped out until they meet those standards.

Despite the exodus of high-profile supporters, Facebook is not backpedaling on its plan to launch a stablecoin that will be pegged to a basket of digital currencies.

Libra Association spokesperson Dante Disparte has once again stated that the social media juggernaut was "moving forward" with Libra while expressing its gratitude to Booking Holdings for supporting the goals of the project.

Will the Libra Association have any members left by the end of 2019? Share your take in the comment section!