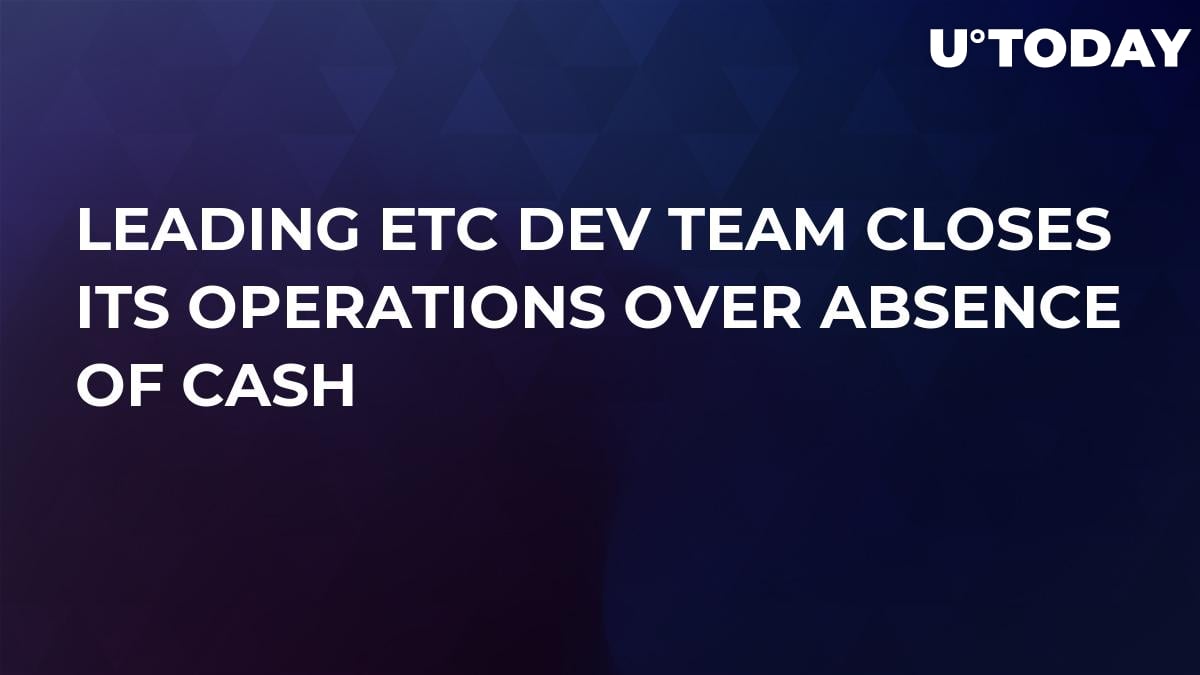 In a recent tweet, one of the leading Ethereum Classic (ETC) developer teams announced that it intends to stop all its work. The reason is lack of funding, which prevents them from continuing work on the ETC network.

The team’s founder, Igor Artamonov, shared that for the past few weeks, the developers have been going through a difficult period due to the overall market slump and lack of cash in the startup. Attempts to find any short-term financial support have failed.

The ETC Development team is one of the leading teams that is supporting the ETC platform with decentralized computing. It is also in charge of maintaining the major client for ETC – Classic Geth.

A couple of days ago, the ETCDEV team addressed ETH users on Twitter, directly asking if they want to finance the operations the developers have to do. A public poll showed that 60 percent are not willing to do that, with just 40 percent agreeing. The community consists of around 700 members. 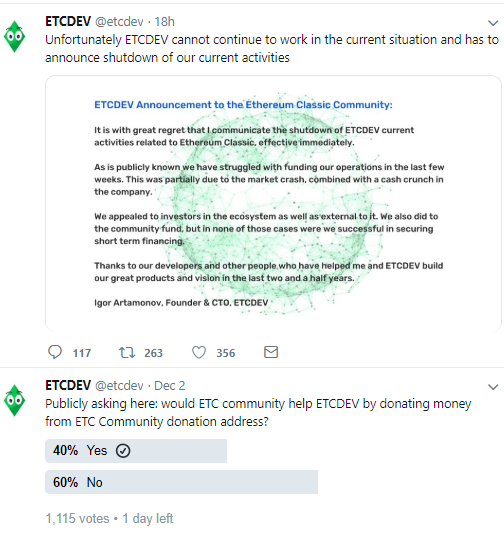 Other dev teams of ETC community

Apart from ETCDEV, the Ethereum Classic platform is supported by other teams, among them are IOHK, Ethereum Commonwealth, and a few others.

Related
Bitcoin Rolls Below $4,000, Top-20 in Red, But Many Altcoins Going North

How this is affecting ETC quotes

CoinMarketCap states that over the last day, ETC decreased by over 13 percent. It is highly likely that the decline is due to the general crypto market drop, as well as to the market response to the news provided by ETCDEV. The coin’s current price is $4.72.

The asset demonstrated high momentum when it was listed on the Coinbase exchange earlier this year. Still, any gains ETC had were reclaimed by the sellers in the market. However, for now, other dev teams keep working on the project.