Yuri Molchan
The malefactor who stole $150 mln in BTC, ETH and ERC2 tokens keeps shifting the stolen crypto between his wallets and continues to send some of it to the Uniswap dex 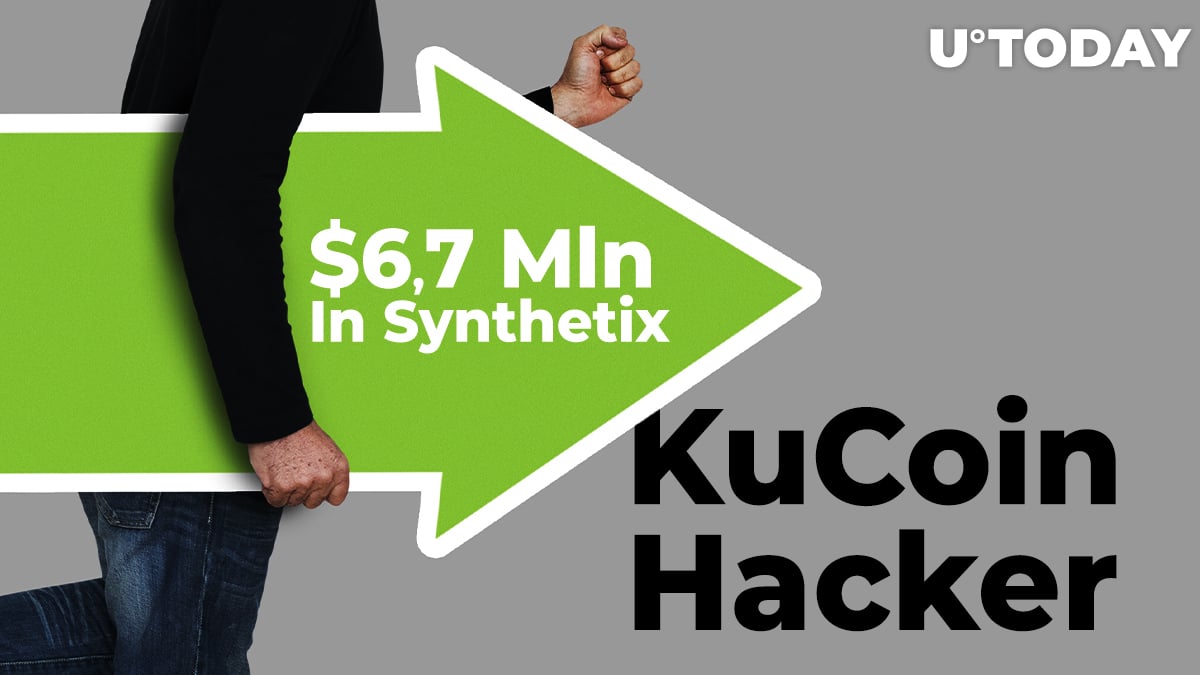 Whale Alert crypto tracking service has noticed and brought to public attention that, over the past twenty hours, around a dozen transfers of Synthetix Network Token (SNX) have taken place, marked as "transferred from KuCoin 2020 Hack to unknown wallet."

The amount the hacker has transacted so far constitutes approximately $6,741,064 in SNX.

According to data published by Whale Alert, over the past twenty hours almost $7 mln were transferred by the hacker who managed to successfully pocket a total of $150 mln in Bitcoin, Ethereum, Ocean and ERC20 tokens on September 26 from the Singapore-based KuCoin trading platform.

As reported earlier by U.Today, the hacker was actively using Uniswap exchange to launder the funds and, as per screenshots published on Twitter, he/she continues to use that platform.

The crypto community quickly became aware of the attack and the $150 mln in crypto lost to the hacker.

Tron CEO Justin Sun and Binance chief CZ immediately responded, offering their help should any of the KuCoin funds land on Poloniex and Binance.

Besides, Sun said that TronScan would label the hacker's address so that any transfer of the stolen crypto could be tracked easily.

Tether acted by freezing $20 mln worth of USDT based on ERC20, as company CTO Paolo Ardoino announced.

The KuCoin team revealed that only its hot wallets were compromised, with the crypto going missing, and promised that all losses to customers would be compensated by the exchange.

Some, however, assume that this could have been made by someone inside the company with the prominent Chinese reporter Colin Wu among them; he cited an anonymous source from KuCoin.