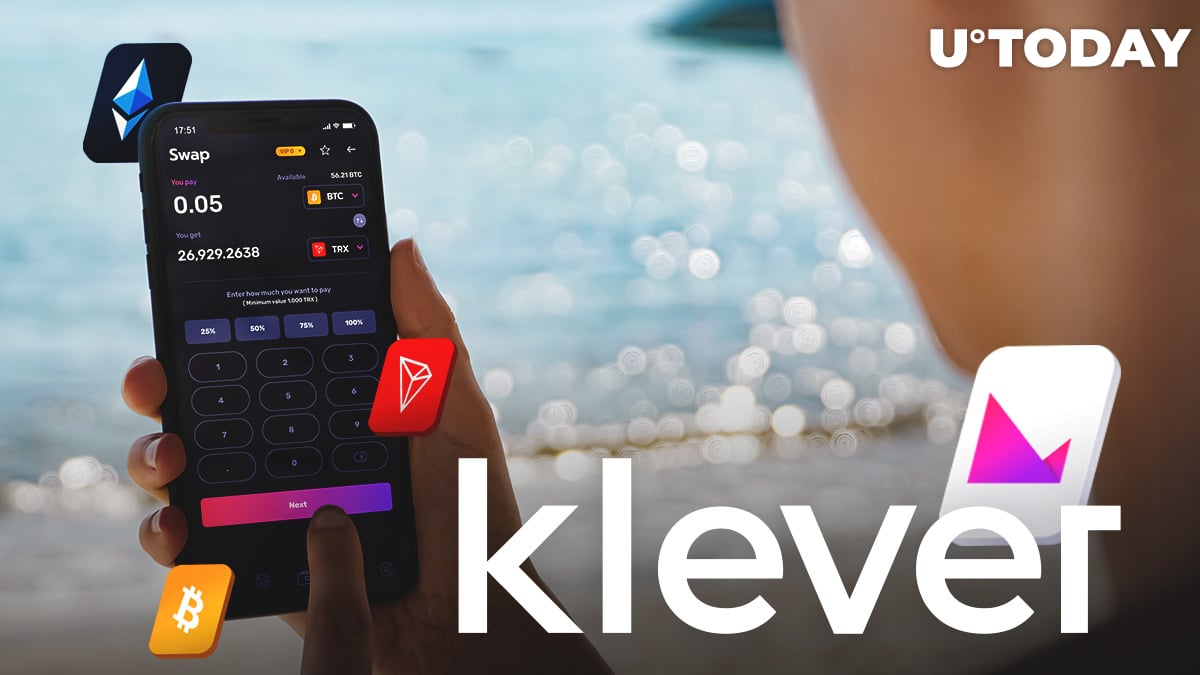 Klever App, the expanded and rebranded version of TronWallet, can now be downloaded by both Android and iOS users.

The multi-chain wallet comes with a slew of new features such as the ability to directly swap one token for another, Klever OS security, and stake the app’s native KLV token for 16% APR, all inside the app.

Klever, the fourth generation of TronWallet, offers a completely revamped design and enhanced user experience with a set of new layouts.

Klever currently supports thousands of tokens on Bitcoin, Ethereum, and Tron blockchains, with more top blockchain protocols expected to be added directly after launch. It allows storing addresses directly in the cloud, setting it apart from a plethora of competing wallets.

By integrating the lightweight Klever Browser, one of the projects of the company’s research arm Klever Labs, it attempts to replace a dApp explorer. The browser alerts users about high-risk websites, but leaves it up to them to decide not to undermine the ethos of decentralization.

Meanwhile, Klever Swap feature, one of the most notable things about the new iteration of TronWallet, makes it possible to swap more than 100 cryptocurrencies within the comfort of the app. The tool is powered by bots that constantly seek the most compelling rates across crypto exchanges. The swapping service charges fees in Klever’s native token.

According to CoinGecko data, KLV surged over 600 percent since getting listed on TronTrade this week, with its daily trading volume surpassing $3.5 mln.

With the app’s official launch, Klever also offers a new in-app staking service that is initially available for KLV and TRX. Users will be able to earn up to 16 percent annual returns with their idle crypto holdings:

“The KLV Staking feature will increase the current circulating supply by using an inflationary smart contract, which decreases each year. The goal is to reward users that are staking KLV to support the project. All fees from the Swap tool are converted into KLV by buying off the market. Every week we will burn KLV based on the KLV swap fees collected.”

Staking is meant to support the growing Klever ecosystem, which is powered by the new Klever OS that ensures advanced security and military-grade encryption, as well as seamless integration of a blockchain wallet into mobile devices and apps for all developers to plug into their applications.

With freshly injected $1.54 mln raised during the IAO, the Klever team is currently working on new initiatives such as Klever Bank (an ecosystem component that will allow creating a local bank inside your wallet as well as prepaid credit cards), Klever Browser, Klever Blockchain, and Klever Exchange.