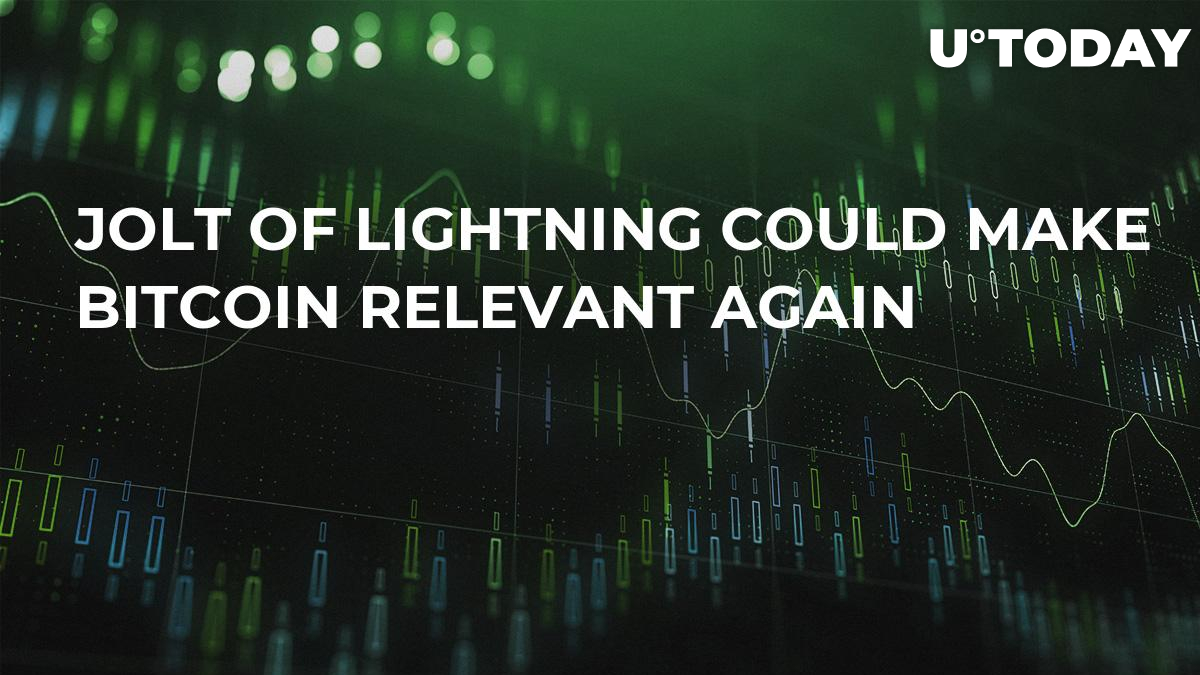 Bitcoin and other cryptocurrencies tend to move in cycles of adoption and growth. While this sounds positive, it has also brought with it scalability issues.

Currently, Bitcoin is a victim of its own success, with its network strained by growing adoption. High transaction fees are turning Bitcoin into something different than it was intended to be when it was first created: an asset rather than a payment network. The direction Bitcoin has taken is not necessarily a bad one, but the controversy surrounding scalability has caused development to stagnate a bit.

There is hope on the horizon though, as the Lightning Network could transform Bitcoin from an asset like gold to a viable payment network.

As Bitcoin has grown more and more popular and attracted users to its network, the number of transactions added per second have started exceeding the capacity of blocks that are mined in that amount of time.

While Bitcoin cannot be blamed for the direction it has taken, as the community implements the changes to the protocol, the issue is that in this fast moving era of new coins and improvements, Bitcoin is stagnating. The crypto ecosystem moves so fast that while a store of value is great one day, the demand for cryptocurrencies to be more than that grows stronger every day.

There are other coins, and other improvements, that are coming in through ICOs and already established coins, solely with the intention of improving Bitcoin.

All of the major coins today have come into existence as improvements of Bitcoin. Ethereum was a project of Vitalik Buterin, whose proposal to add a scripting language for application development failed was rejected by Bitcoin developers.

Litecoin is a fork of Bitcoin which changed the hashing algorithm and decreased the block time by a factor of four. This increased the coin supply and the network’s transaction capacity.

Even Bitcoin Cash, the direct competitor of Bitcoin, as a fork which was supposed to kill off Bitcoin and bring it back to its peer-to-peer electronic cash roots.

There is a real buzz in the air for the proposed off-chain improvement coming from the Lightning Network. Essentially, the outcome of adding this improvement to the network would allow for transactions to be instantaneous and thus very low on fees too.

However, as with everything in the democratized Bitcoin ecosystem, it has to be accepted by the majority, and its implementation is still quite low. The other concern is the security and safety of having off-chain transactions.

Regardless though, the proposal would have far-reaching effects for Bitcoin as instead of fluttering between the two poles of asset on one had and currency on the other, Bitcoin could comfortably be both.

The Lightning Network would operate in a manner which would speed up transactions because it would open a channel directly between the transacting parties. This removes the need for every transaction to be included in a block. Within the payment channel that the two parties establish, value can flow back and forth between the two parties, with the final net result settled onto the Blockchain only after the payment channel is closed.

Despite the criticisms, a working Lightning Network could be revolutionary for Bitcoin, allowing instant and nearly unlimited transactions. Bitcoin has suffered from being too popular, which has caused its network to become clogged. However, these same users will give Bitcoin the chance to up its game and even more strongly reassert its dominance.