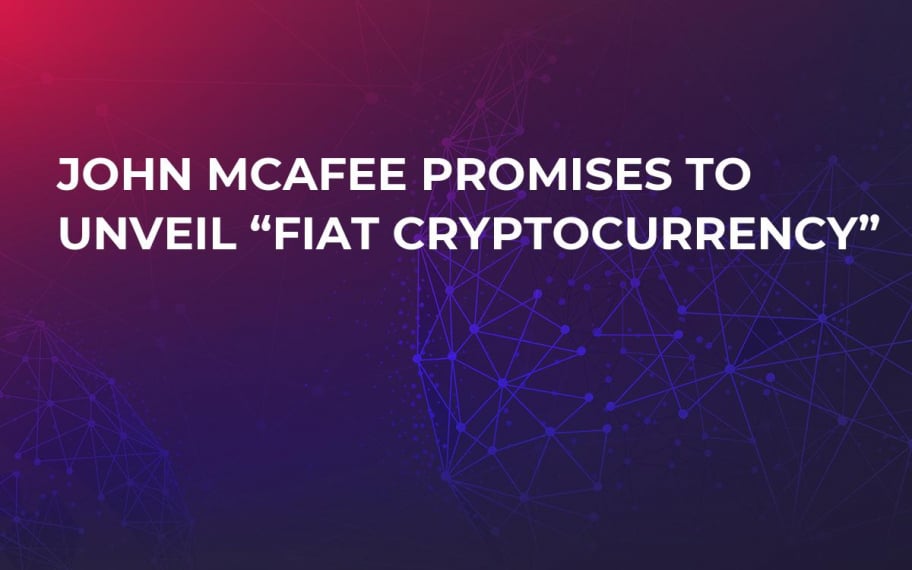 The founder of the antivirus software, who is equally famous for his brave and controversial long-term forecasts in the world of crypto, on Tuesday, May 29, promised on Twitter to tell everyone a secret the following day- announce a fiat currency which is backed by a digital one.

A small crypto trading platform SmartPayMINT has recently made a social media post featuring McAfee’s face on a “fiat cryptocurrency.” And after the comments of the man himself, it became clear that the antivirus creator has something new on his mind to surprise the community with.

. @SmartPayMINT sent this. What's odd is that tomorrow night I am going to make an announcement of the new "McAfee Coin", based on a radical new concept: Fiat currencies (collectible) backed by crypto - the reverse of what banks are attempting. Seriously. pic.twitter.com/3uTHHKG18M

You never know, whether McAfee is joking or being serious or even half-serious. He did reply to a few comments to his tweet about tomorrow’s announcement, saying that he indeed would do this thing.

If such a thing as a fiat currency backed by a virtual token appeared indeed, this would be similar to the gold standard used in the 20th century and it would not let banking institutions exceed a certain limit while printing money.

Well, anyway, we just have to wait and see what news tomorrow and John McAfee will bring us.