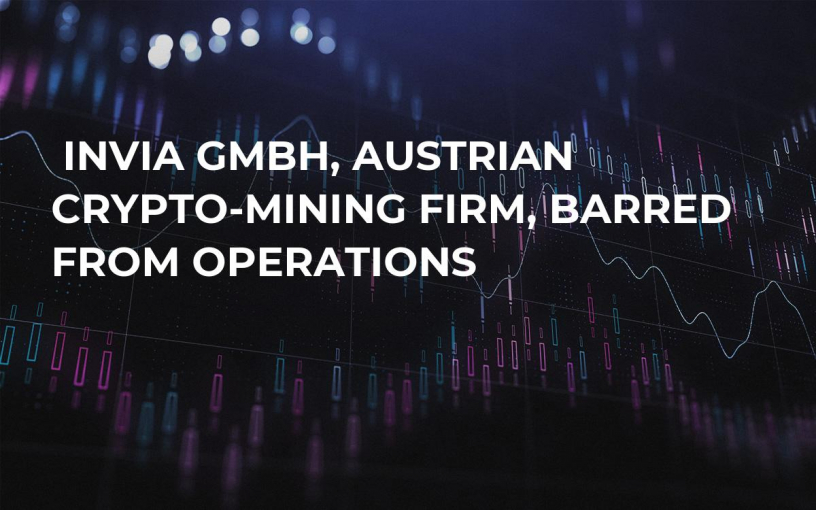 The FMA has imposed the ban on operations due to a suspicion that the company was managing an unauthorized Alternative Investment Fund which was not licensed or supervised by the regulator, according to an official press release.

INVIA World, the parent company of  INVIA GmbH, claims to mine profitable cryptocurrencies like Ethereum and Bitcoin, paying proceeds from mining operations to its investors.

Contrary to the claims on forum sites that the company has licenses to operate, the FMA alleges that it was not licensed to offer financial products like investment alternative funds.

The FMA stated that the full investigation into the company has not yet been completed.

The regulator has taken swift actions to notify investors of fraudulent schemes in the past, including posting alerts to investors regarding OneCoin scheme in July 2017.