Here's the Real Reason Why Stripe, Visa, and eBay Have Abandoned Facebook's Libra

Alex Dovbnya
Stripe, Visa, eBay were pressured into abandoning Facebook's Libra by the US Senate 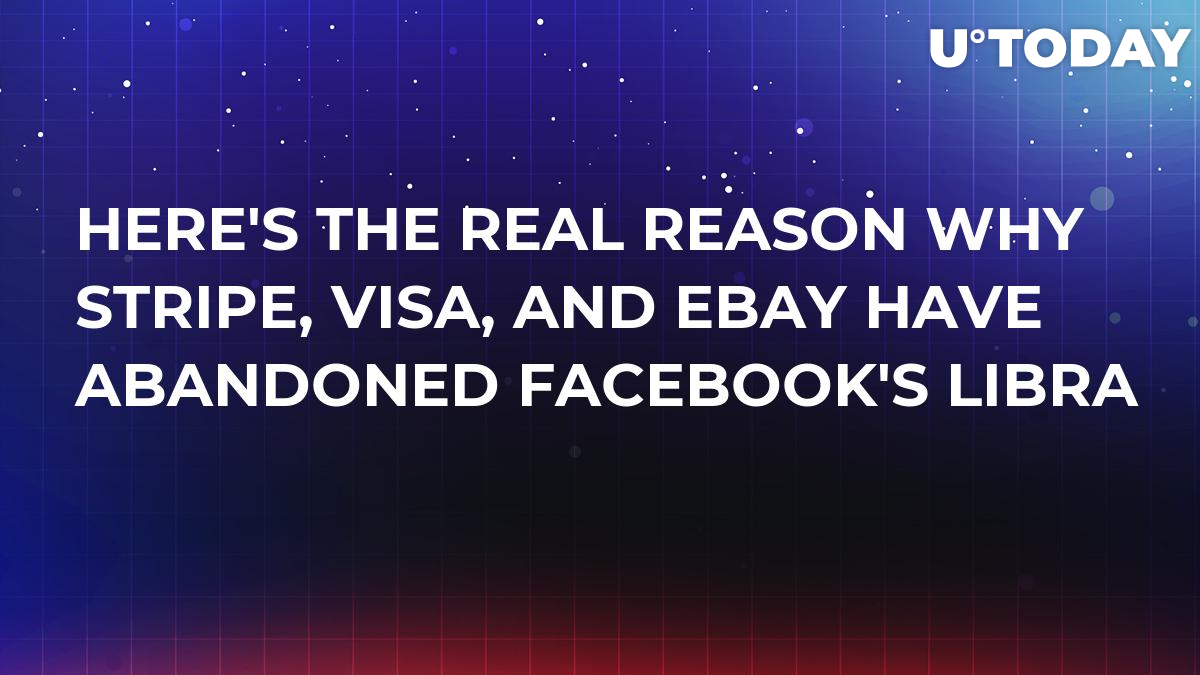 The cryptocurrency community has found itself in a peculiar situation where it has to defend Facebook against a bigger evil — the US government.

Van Eck's digital asset strategist Gabor Gurbacs has recently taken to Twitter to express his concerns about a letter that was sent to Stripe, one of the former members of the Libra Association, by the U.S. Senate.

> This is the type of letter executives at @stripe, @Mastercard and @visa (former @Libra_ members) have received.
> Many executives may have chosen not to experiment and innovate in order to avoid regulatory pressure!Sad!
> America can do better!
> Source: https://t.co/M36bkEKJU9 pic.twitter.com/kF3AXf9Xvd

The letter describes the risks that are linked to Facebook's foray into crypto. Libra, according to the U.S. lawmakers, could wreck havoc with the global financial system and facilitate the funding of terrorism-related activities.

As reported by U.Today, Bitcoin-hating congressman Brad Sherman, whose campaign receives donations from credit card companies, alleged that Libra could be worse than 9/11 when Facebook's Blockchain boss David Marcus appeared within the walls of Congress.

Gurbacs says that he was "dispirited" to see the US Senate threatening private companies in the likes of Stripe with regulatory actions for simply being associated with Facebook. His followers agreed that such actions were typical of authoritarian regimes.

The letter conveniently came just a couple of days before Stripe, eBay, Mastercard, and Visa officially announced that they were leaving the Geneva-based Libra Association, which was created by Facebook earlier this year.