Alex Dovbnya
Facebook is perceived as a villainous corporation after a string of its scandals, and its foray into crypto made critics go bonkers 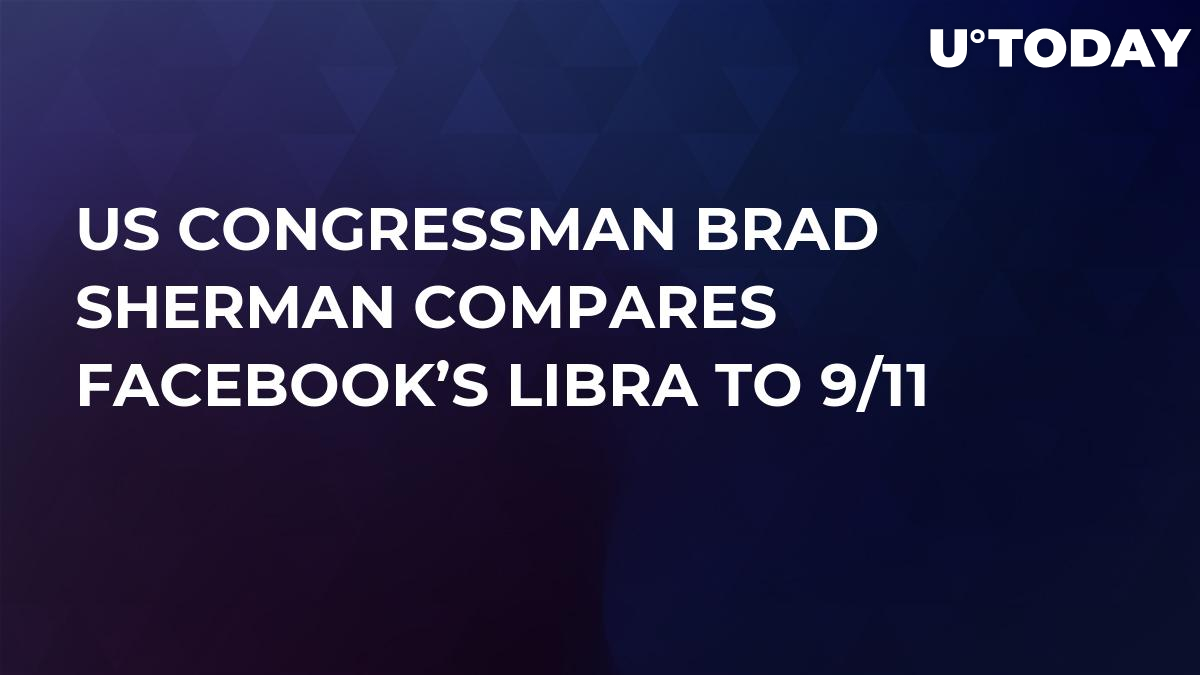 Rep. Brad Sherman turned out to be the absolute highlight of the event after claiming that Libra could do more harm than 9/11.

Sherman’s anti-Libra stance doesn’t come as a surprise given that he’s known for his vitriolic hatred of Bitcoin.

However, today’s remarks about Libra (or “Zuckbuck”, as Sherman calls it) and Osama Bin Laden are definitely beyond the pale.

Ostensibly, the Democratic Congressman thinks that this horrific terrorist attack is the most innovative thing of this century, but Facebook’s crypto ambitions are even more dangerous.

We're told by some that innovation is always good. The most innovative thing this century is when Osama bin Laden came up with the innovative idea of flying two airplanes into towers. That's the most consequential innovation, although this may do more to endanger America than even that."

The crypto hater also took a swipe at Facebook CEO Mark Zuckerberg, claiming that his lawyers won’t save him from the wrath of American people in case his cryptocurrency is used to facilitate another terrorist attack.

Similar to the Senate hearing that took place yesterday, there was a mixed reception of Facebook’s cryptocurrency.

Multiple lawmakers from both parties voiced their concerns about Libra’s potential impact on global finance and its customers’ privacy.

Rep. Patrick McHenry urged his colleagues to avoid “banning something before it begins,” taking a positive stance on Libra. The Republican lawmaker earlier praised Bitcoin during an interview with CNBC.

It is also important to mention that Marcus didn’t agree to a proposed moratorium, which means that Facebook will proceed with its crypto plan whether Washington likes it or not.