George Shnurenko
Bitcoin’s growing acceptance has created a list of countries that are proving to be early adopters of new technology. 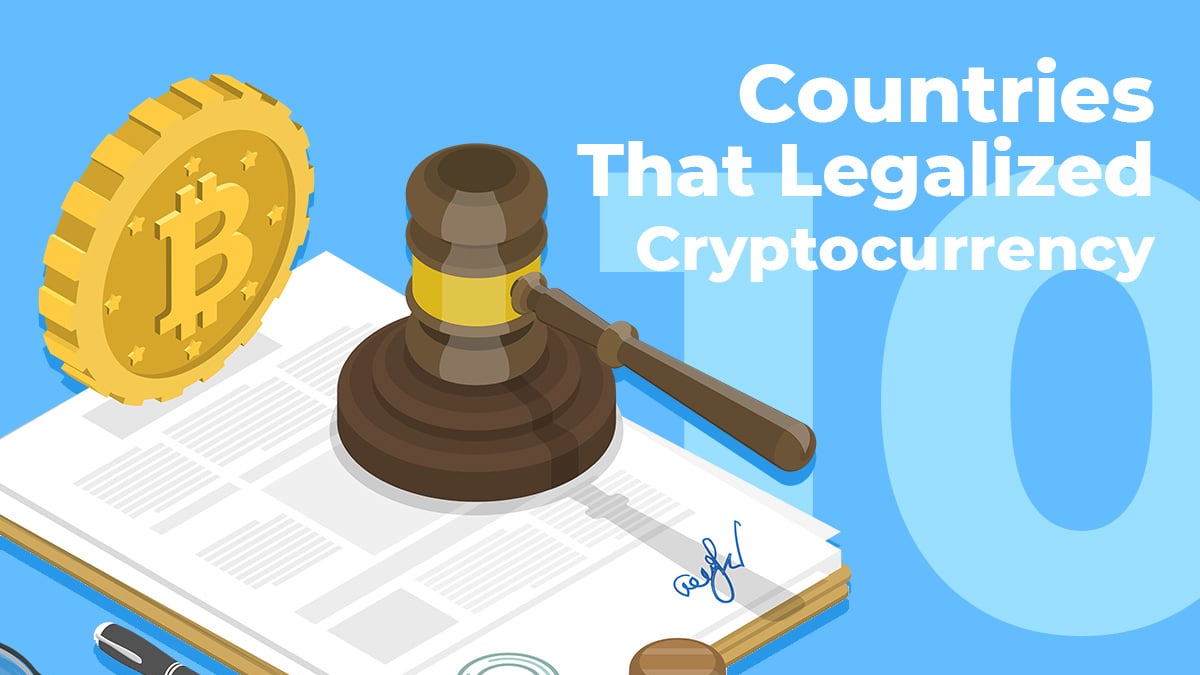 The Blockchain is a massive leap in technology that has left regulators playing catch-up. Much like other technological advancements here, most lawmakers are far behind in terms of defining the legal structure around which Blockchain-enabled solutions can work.

The robust and decentralized nature cryptocurrencies also make it difficult to link it's to an owner as required by regulators. In simple terms, it is difficult to identify criminal transactions.

This is giving lawmakers sleepless nights. While some simply block any use of cryptocurrencies by legislating against it, others noticed the value in Blockchain technology and are supporting it with the proper legal framework.

What is the need for having a cryptocurrency?

In simple terms Bitcoin’s decentralized network allows users to transact directly, peer to peer, without a middleman to manage the exchange of funds. This makes it a very affordable way of transacting against the legacy banking network.

The Bitcoin network is also a system where data is owned by users and not by a company or government putting a lot of control in the hands of the users and taking it away from companies. This is important as more and more cases of data misuse are getting highlighted on a regular basis.

We will focus on which countries accept Bitcoins as a legal mode of transaction in this blog post.
card

A cryptocurrency is just one of the ways of transacting in a marketplace. The acceptance of such a system is dependent on many factors including Internet access and society recognition of digital payment modes against the physical currency.

Many countries have shown willingness to accept the innovative technology that Bitcoin brings with it. There is no standard way of ranking the acceptance of cryptocurrencies, we only highlight the nations (in random order) that allow its use in regular financial transactions and where people have started using it regularly.

The leading countries that have had a pro-Bitcoin structure are:

A few countries like Belarus have taken the lead in identifying Blockchain technology as a driving force for future innovations and have enacted a law enabling set-up of cryptocurrency-hubs. According to an official press statement,

“Alexander Lukashenko, the President of Belarus, has signed a Decree on the development of the Blockchain-based digital economy, which also implies the official development of cryptocurrency payment acceptance, mining and trading”.

Moreover, tax privileges will be introduced for transactions with cryptocurrencies.

Taking a deeper look, we can list the following 10 countries as the most Bitcoin-friendly countries as of today:

All of these countries now have Bitcoin ATMs and even regular businesses in these countries have started accepting Bitcoins as a mode of payment for goods and services. The legal framework is supportive of the new developments and some countries even provide tax breaks for people using cryptocurrencies.

The push for Bitcoin is also supported by government efforts involving reduction of physical cash-based economies.

Many countries are trying to become 100 percent cashless societies. Select countries in the EU have given Bitcoin a value-added tax-exempt status by classifying it as a financial service. This is speeding up the adoption of such robust and decentralized payment methods in these pioneering countries.

Many countries like Denmark, Sweden and the US allow Bitcoin to be used on exchanges and even on the derivatives market. This is leading to cryptocurrencies being more widely accepted in financial institutions and by the public.
card

The report ranks 156 countries across six factors including GDP, life expectancy, social support, generosity, freedom, and corruption. We believe that sustained reduction in factors like corruption can lead to growth in happiness the world over.

Now, what is the link between happiness or corruption and Bitcoin? The traditional systems in the world gave power in the hands of a few centralized. This is also a source of corruption and in turn unhappiness.

Technological advances like Blockchain are making the world decentralized giving people control over their data and thus giving more freedom to the masses. In our humble opinion technological breakthroughs like the Blockchain have the potential for reduced centralized control and cost of doing things making more stuff available and affordable to people and thus grow happiness in the world.

It is not surprising then that the UN report on happiness and the top 10 countries adopting Bitcoin have a lot in common.  Actually, as many as six countries feature on both the list. These countries are:

These countries are defining adoption of technology, they are giving greater control and freedom to their citizens and are mostly corruption free. Thus, the high happiness factor.

The world is still waking up to the possibilities of the Blockchain, regulations have a lot of catching up to do and we are quite sure that technology will continue to move much faster than regulation.

Although Bitcoin is now almost a decade old, countries still do not have explicit systems that restrict, regulate, or ban the cryptocurrency. Most countries are still analyzing ways to properly regulate cryptocurrencies.

Overall, Bitcoin remains in a grey area as laws are still not there. To top this all off, there is a lot of noise around the value of the currency which is generating speculation and negative interference from regulatory agencies.

We believe this to be a passing phase, as more and more people understand the strengths of Blockchain more countries will come forward and accept cryptocurrencies as a legal and required mode of transactions in their marketplace.