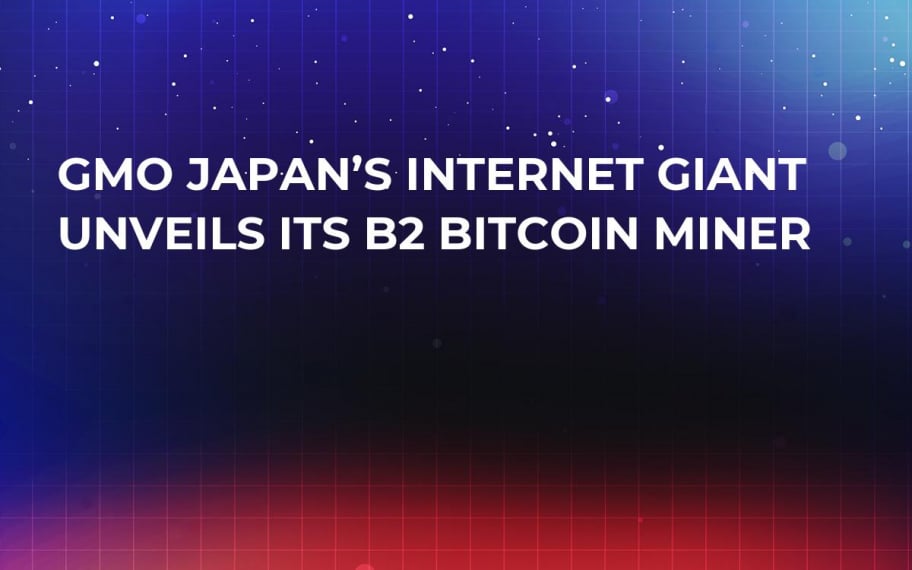 GMO miner B2 will sell for $1,999 through the company’s subsidiary in Zug, Switzerland.

GMO will start taking orders Wednesday, June 6 and shipping the miner by the end of October, the company says.

The GMO chips designed in Japan and produced in Taiwan,  have a 58 percent higher hashrate than the popular Bitmain Antminer S9  and can calculate hash 24 tln times per second.

“The performance per unit is higher than that of major competitors’ products. If we switch from over 20,000 mining machines operating in Northern Europe to GMO miner B2, the installation space will be about half in terms of equivalent performance.”

“Compared to general mining machines…the power consumption is up to 20 percent, the cost of network equipment etc. can be reduced to 1/55.”

Mr. Masatoshi Kumagai said he wanted to introduce a Japanese miner to compete with machines provided by Bitmain, China's mining hardware behemoth, which has dominated the crypto mining industry.

He also revealed that the company invested nearly 10 bln yen developing the GMO miner B2.

While GMO’s miner B2 costs twice as much as Bitmain’s Antminer S9 which is priced at $837 the company says the decision to make the miner was no risk move because if it is unable to sell B2 miner, it will use it for its own mining operations.
Mr. Masatoshi Kumagai told Japanese media in a press conference:

“We are not setting business targets such as sales targets yet, but if we cannot sell it, we will use it in our mining business, so I think that it is a very excellent business in that there is no inventory risk.”

He also added that the company provides an API for system monitoring compatible with GMO miner B2 to detect when the product is connected to the net to prevent theft.