GameSwift Moves to Its Own Chain in Collaboration with Polygon (MATIC), Teases “Decentralized Steam” Release 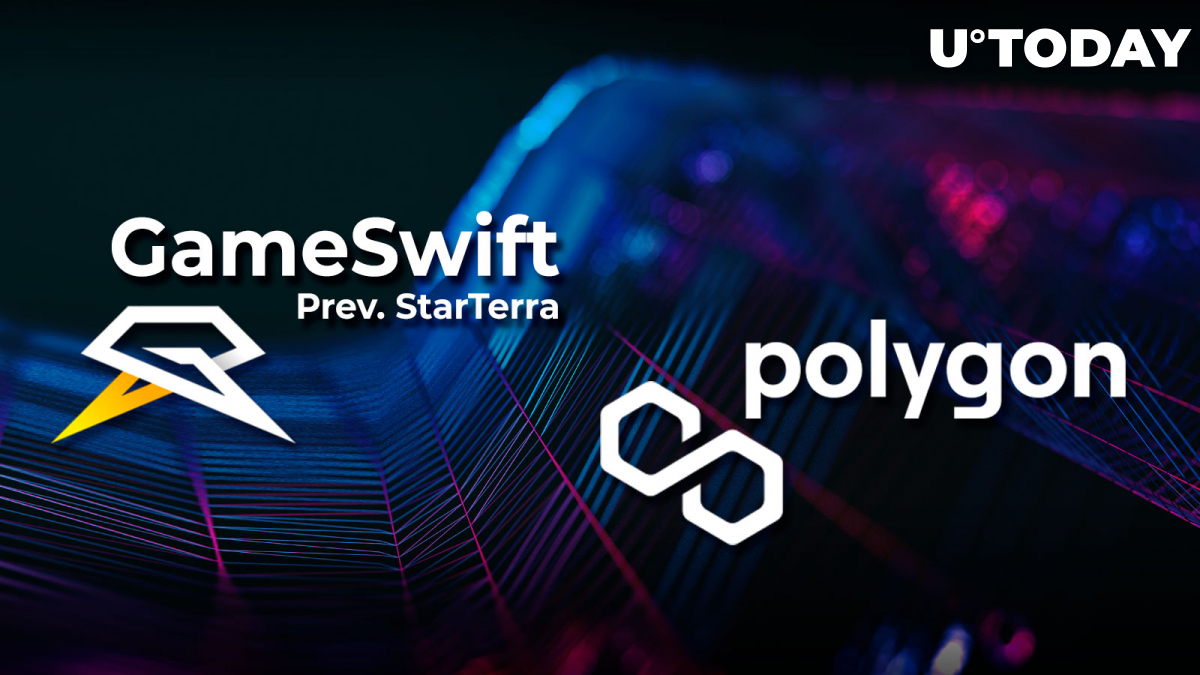 Well known as a mainstream Terra-centric DAO fundraising platform, StarTerra announces a rebranding and radically changes its business model. Also, to set a new standard in GameFi development, the protocol deploys its instruments to its own blockchain.

According to the official announcement shared by its team, StarTerra has rebranded to GameSwift in order to reaffirm its commitment to building the largest Web3 gaming community and development ecosystem.

We’re approaching a big announcement for former $STT holders but before we move on I want to summarize in one place my story and what I feel straight from my ♥️.

Keep your belts fastened and let’s go with a big, fat🧵 /1 pic.twitter.com/YvxogAtmyy

GameSwift will coordinate the development efforts of GameFi engineers to allow them to turn big Web2 titles into promising Web3 concepts. After a thorough analysis of security, scalability, on-chain transaction fees and user base statistics, GameSwift engineers chose to set up their own chain on the framework of Polygon EdgePolygon is the fastest-growing EVM-compatible network andlooks attractive for GameSwift due to its unmatched developer experience, end-to-end compatibility with MetaMask — the most popular wallet for EVM chains — and impressive throughput.

The GameSwift team is going to leverage the latest developments of Polygon’s (MATIC) feature-rich ecosystem of tools,  while also taking advantage of their own innovative solutions.

Polygon (MATIC) team representatives and community managers are excited by the vision of the GameSwift team and the progress milestones it has accomplished so far. Polygon awarded GameSwift with a unique ecosystem grant to support its development and marketing efforts.

Wojciech Gruszka, Chief Executive Officer of GameSwift, is excited by the synergy his team has with the Polygon (MATIC) team, Polygon-centric developers and the network’s community:

Many former Terra developers have turned to alternative technologies. One of them was Polygon (MATIC) - a project valued at over $7 billion, creating a Layer 2 solution for Ethereum, which focuses primarily on scalability. We went a step further and decided to set up, in cooperation with Polygon, our own chain explicitly dedicated to gaming. It is a solution that will also maximize the usability of our token, which, as the primary transaction token, will benefit from the growing number of games and their users. Choosing Polygon for GameSwift also means low transaction costs, ease of implementation compared to other available technologies, and access to the disruptive technological solutions offered by Polygon.

Such a breakthrough is aligned with the global upsurge in interest in Web3 GameFi among developers, enthusiasts, investors and crypto entrepreneurs.

GameSwift is ready to explode into the Polygon (MATIC) ecosystem with its holistic approach: the engineers are building a 360° ecosystem for blockchain builders focused on Web3 gaming platforms.

First, it will boast native decentralized network - GameSwift Chain built on the top of Polygon Edge. GameSwift ID solution will act as a one-stop login instrument to games and apps, used instead of many different wallets, chains, and networks. GameSwift Bridge will facilitate seamless and low-cost data and value transfer between various elements of the GameSwift ecosystem.

GameSwift SDK will be opened to all Web3 developers in the GameFi segment; it will streamline engineering processes in the segment and radically optimize it for the next generation of devs. GameSwift Analytics is designed to allow developers and teams to track the performance of their dApps online.

GameSwift Portal will act as a decentralized fundraising protocol for Web3 games: it will support both INO (Initial NFT Offering) and IGO (Initial Game Offering). GameSwift Studios will easily transition Web2 games into the Web3 sphere and help them gain immediate traction.

Last but not least, GameSwift Extension will act as a browser plug-in for seamless interactions with all modules of the app.