Darryn Pollock
It has not been a good start to the week with the cryptocurrency market dropping steeply; coins like Ethereum, EOS and Bitcoin Cash hit hard 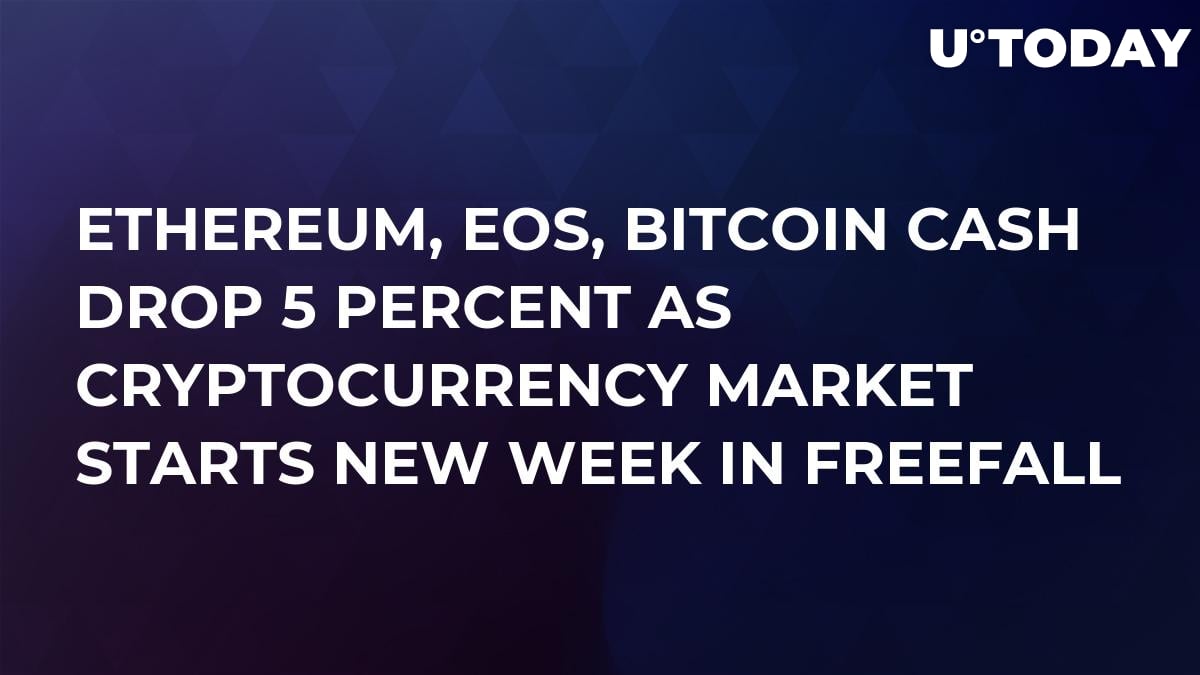 It has not been a promising start to the week for the cryptocurrency markets as Monday morning, GMT time, there was a rapid drop across the board, sending a number of key coins into losses that went has high as five percent.

At around 4am GMT, the drop occurred that saw Bitcoin wipe out about $100 worth of value as it fell from the $3,800 range back down to the $3,700 area. A similar drop was also seen in Bitcoin on Wednesday, however, that seemed to be an isolated event as the rest of the market did not react.

This time, the market has reacted with only one coin in the top 10 showing green numbers; Stellar is up a fraction of a percent, but that is only because it had its own spike and drop over Sunday evening.

The rest of the top 10 is all seeing losses, with Bitcoin Cash, EOS and Ethereum going as high as losing five percent in a matter of a few hours. While the drop is not massive, it is rapid, and it remains to be seen if the market will be able to bounce back with its new positive sentiment.

The drop in $100 for Bitcoin only represents a two percent drop, but it is clear that the other coins have mostly mimicked the rapid fall in the market. Ethereum has fallen just under five percent in the last 24 hours while EOS is closer to losing six percent, and Bitcoin Cash is over the five percent mark for losses.

A few coins in the top 10 are in the red, but not showing a rapid drop. These include Binance Coin, which is showing steady growth across the last seven days, but is still down two percent in the last 24 hours.

XRP has also not succumbed to a major drop, but the Ripple-based coin is still in a downward trend with the latest hit sending it down a further 2.61 percent over the last 24 hours.

There has been no news or catalyst to explain the sudden and rapid drop, but based on its timing, it must have something to do with the Asian markets as the European markets would have not fully opened as of yet.

It will be interesting to see how the rest of the European and American markets react to the downtrend as there has been a slight change in sentiment across the markets since Bitcoin crossed the $4,000 mark last week.

There could be a situation where the rest of the globe pushes the markets up again, or this could be a trigger for bigger losses heading deeper into the week.