Dmitry Cake
Another critical moment for Bitcoin, another chance for Ethereum and NEO to impress investors 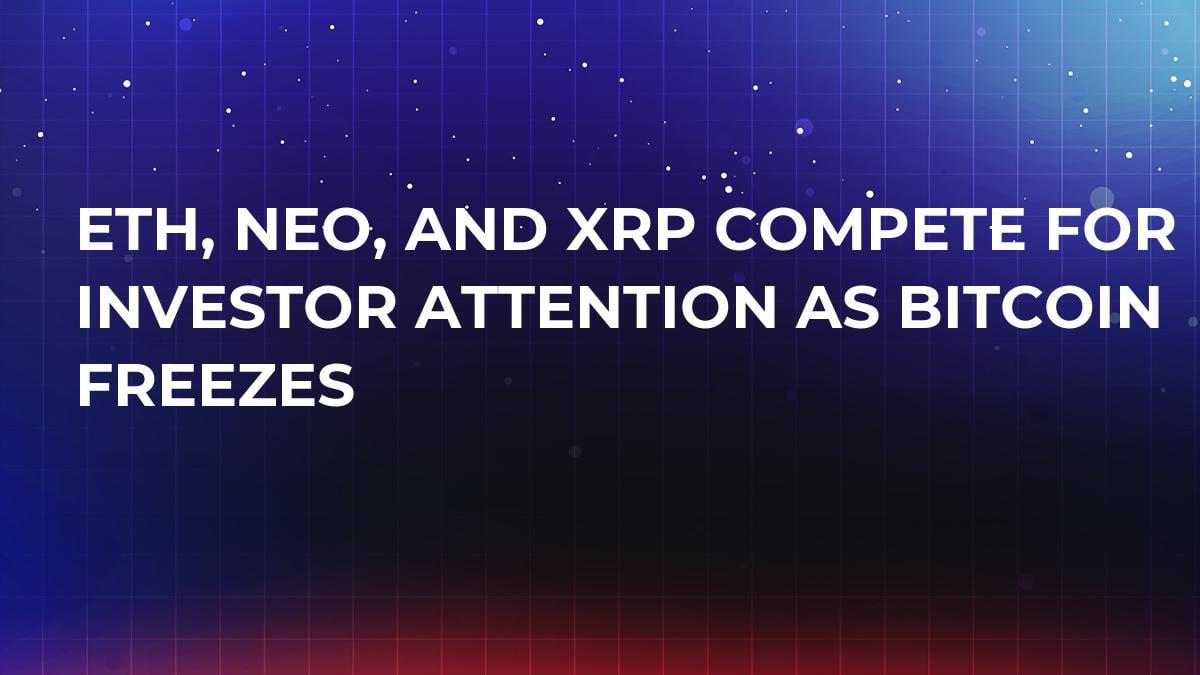 The beginning of the week did not introduce any clarity into the direction of the market’s movement, but by Tuesday we can see some plot development and more activity from the players. Some of our readers have been deceived by expectations of rapid growth, supported by the sudden jump of cryptocurrency rates last Friday.

However, it is necessary to understand- the downward trend for most assets lasted three long months, and now a change in the market logic must also take some time, especially inside the minds of investors.

Cardano takes a turn in the spotlight boosted by Huobi news

Over the course of the day, key market indicators remained virtually unchanged. Capitalization fell a bit to $325 bln, while Bitcoin dominance also continues to decline and is now 41.7 percent. Most positions, both in the top 10 and beyond, have turned red, with an average drop of two to five percent. Cardano is the only one standing out from the crowd, having grown 20 percent over 24 hours. The reason for this is mundane but no less effective- the Huobi exchange confirmed the coin's listing.

At the time of writing, Bitcoin is actively testing the $8,000 mark, finding itself alternatively above and below the psychologically important line. Buyers and sellers are not showing much activity, taking a break after the eventful weekend - trading volumes are below average again.

We have augmented yesterday's markup with a mirror resistance level, shown in yellow - this is what’s restricting the upward movement now. The longer the price stays below it, the more likely a correction toward the indicated values. Growth to previous local highs of $8,350-$8,450 and further toward the upper boundary of the ascending channel is possible with a rapid and powerful break through the resistance, but so far this scenario does not seem very relevant.

Like some other coins from yesterday's review, Ethereum has formed a growth channel and has been moving inside it for more than 10 days. After breaking the downtrend on Friday, April 12, the price moved into the upper register of the channel, which gives the asset points for investor interest. Due to the width of the channel, a significant safety margin has been formed in case of unpredictable behavior by Bitcoin, which is still pointing the way for other cryptocurrencies.

The immediate growth target for Ethereum is the level of $570, also being a serious trial for bulls. Today, the probability of reaching this milestone is quite slight- to begin with, there needs to be some mass at the lateral trading level of $500-$530. In case of negative developments, a correction to the mirror level of $480 is possible. The minimum permissible price that will not threaten further growth is $460, but the probability of going down to such a low value is extremely small at the moment.

After receiving reversal signs from the market, Ripple showed good growth, and, what’s equally important, attracted trading volumes. The current price chart does not allow us to construct a reliable channel- there are not enough points to build its lower boundary. Perhaps, these points will appear in the case of a mini-correction led by Bitcoin.

Despite the formation of a beautiful flag, we do not expect the figure to be realized at 100 percent of its potential, but a 50 percent performance is entirely possible. In that case, the mirror level of $0.76 becomes the growth target.

On the way, the bulls will have to take back the previous summit- $0.72, which should not be too difficult. The correction scenario is represented by a fallback to $0.59, where Ripple can be caught into portfolios for the medium term.

Just as we supposed yesterday, the bulls could not withstand the tempo they imposed on themselves, and as a result, NEO fell out of the ascending price channel, marked in green.

Still, there are no causes for concern- for now, the asset just moved into a more gently inclined growth channel. Its slope is much more suitable for a long run- the only question is whether it will hold in case of a Bitcoin correction.

If the movement in the current direction continues, the mirror level $76 which coincides with the upper boundary of the channel could become the next growth target. Otherwise, the decline target indicated in yesterday's review remains relevant- it is $62, where purchases are possible, but with a mandatory installation of protective stop-loss orders.