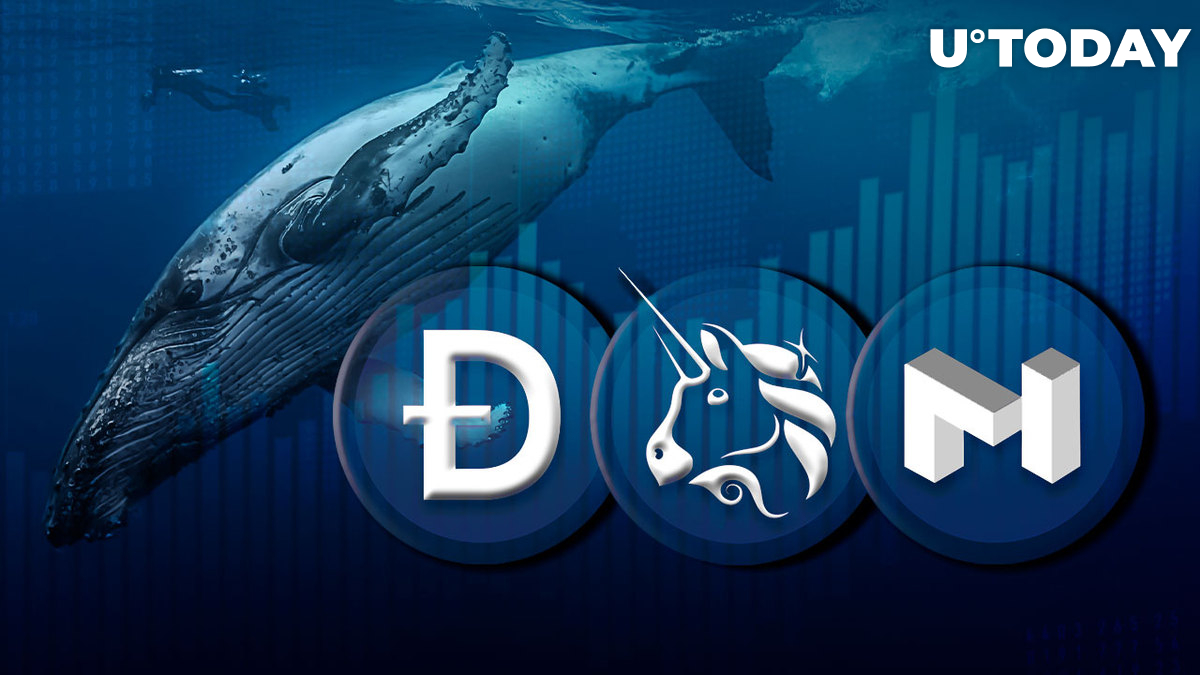 In the last couple of days, the crypto market has changed its color scheme and turned mostly green again. While investors have returned to the bullish mood and the Ethereum price has been growing faster than Bitcoin, many large wallets, commonly referred to as whales, have turned their attention to those projects where the power reserve has not yet been exhausted.

🐳 With many #altcoins enjoying a solid rebound to their market caps in July, we can see the amount of $100k+ valued whale transactions are beginning to rise. $DOGE, $MATIC, & $UNI are noticeably seeing rises in these large transactions on their networks. https://t.co/XYEQPr6mWG pic.twitter.com/JR97zQuqXa

As Santiment points out, significantly large capital inflows were noted for such coins as DOGE, MATIC and UNI. The number of transactions of more than $100,000 made with the participation of these cryptocurrencies increased many times during the last week, which caused a corresponding price movement. Over the past few days, the price of Polygon token (MATIC) showed a 71.15% increase, Dogecoin (DOGE) increased by 26% and continues to move up, and Uniswap (UNI) returned 42% of its price. Judging by the latest news, Uniswap has no plans to stop there.

It is important to note the strong influence of fundamental news, which provoked such a surge in large transactions and inflamed the prices of these cryptocurrencies — particularly regarding the example of MATIC, announced as a participant in the Disney accelerator. Given the company's capital of hundreds of billions of dollars, whales have clearly smelled an opportunity here for Polygon to increase the ecosystem's capitalization many times over. Uniswap, as part of this environment, has absorbed some of the positivity, but also spared no effort itself to grabbed half of Coinbase's market share.

As for Dogecoin, until recently there was little news about the most popular meme coin, and its main ambassador in the person of Elon Musk now seems to be busy enough with "Twitter gate." Nevertheless, it will not be surprising if the Dogecoin team unexpectedly surprises us as it has done many times before.