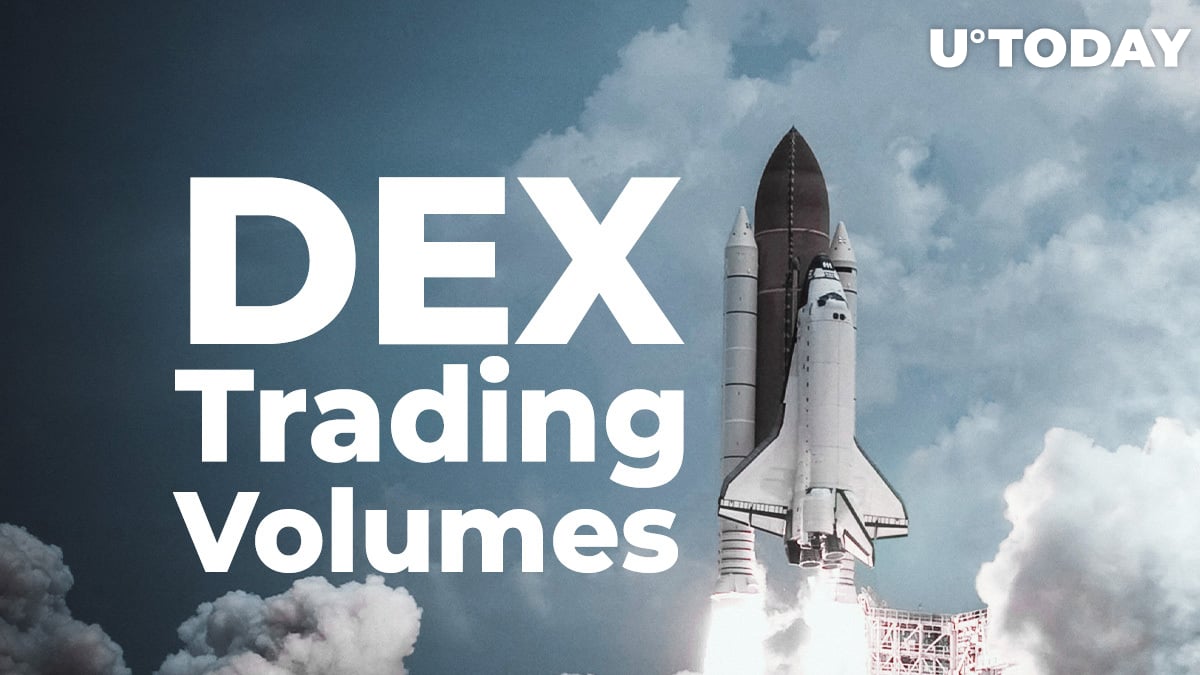 A fresh report issued by CoinGecko and shared with U.Today emphasizes that, in September of this year, the volume of traded cryptocurrency on decentralized exchanges (DEXes) significantly increased while it shrank on centralized platforms (CEXes).

Meanwhile, the cryptocurrency market has seen a capital inflow of more than $9 bln—driven by yield-farming in DeFi dapps.

The report says that, in the third quarter of 2020, trading volumes in DEXes surged 197 percent. That was much greater growth compared to the figures on CEX platforms, such as Binance, Coinbase, KuCoin and Bitstamp.

In July, DEX saw an increase of a whopping 216 percent, while trading volumes in CEX rose by 26 percent. In August this ratio totaled 235 percent:83 percent.

Among DEXes, the leader was Ethereum-based Uniswap, which launched its native governance token UNI in September and conducted a massive UNI giveaway.

Among major DEXes, Uniswap's volume totaled 47 percent in July, 58 percent in August and 63 percent in September. 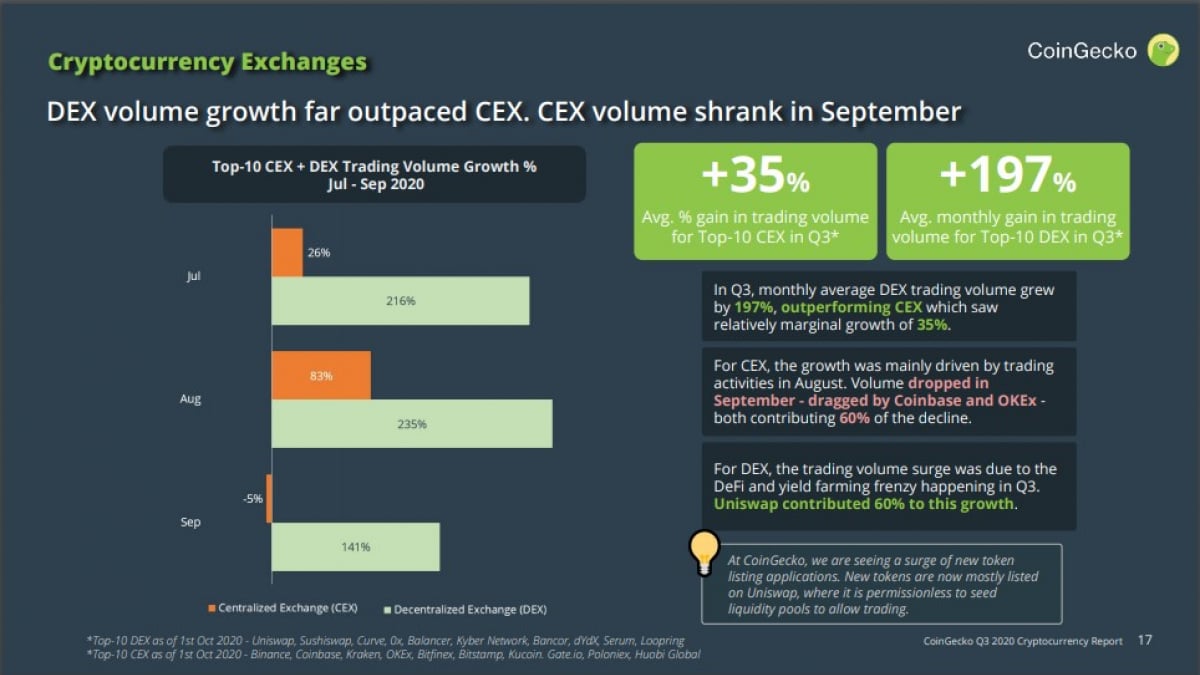 More than $9 bln in crypto flows into market

The report also notes that, in Q3, the crypto market saw an inflow of over $9 bln from investors. That was mainly driven by those who decided to bet on yield farming conducted by DeFi dapps—mostly powered by Ethereum.

Nearly two-thirds of all the inflow was in Tether's USDT. Around $1 bln worth was in Wrapped Bitcoin.

By the end of the quarter, the capital inflow began to drop and slow down as returns on yield-farming also started diminishing. CoinGecko believes, however, that this market is likely to keep outpacing the traditional one.