Dmitry Cake
Another day of low volatility for the cryptocurrency market. Bitcoin is trading at $8,600, having reached a high of $9,000, while the rest of the assets hardly changed in price. 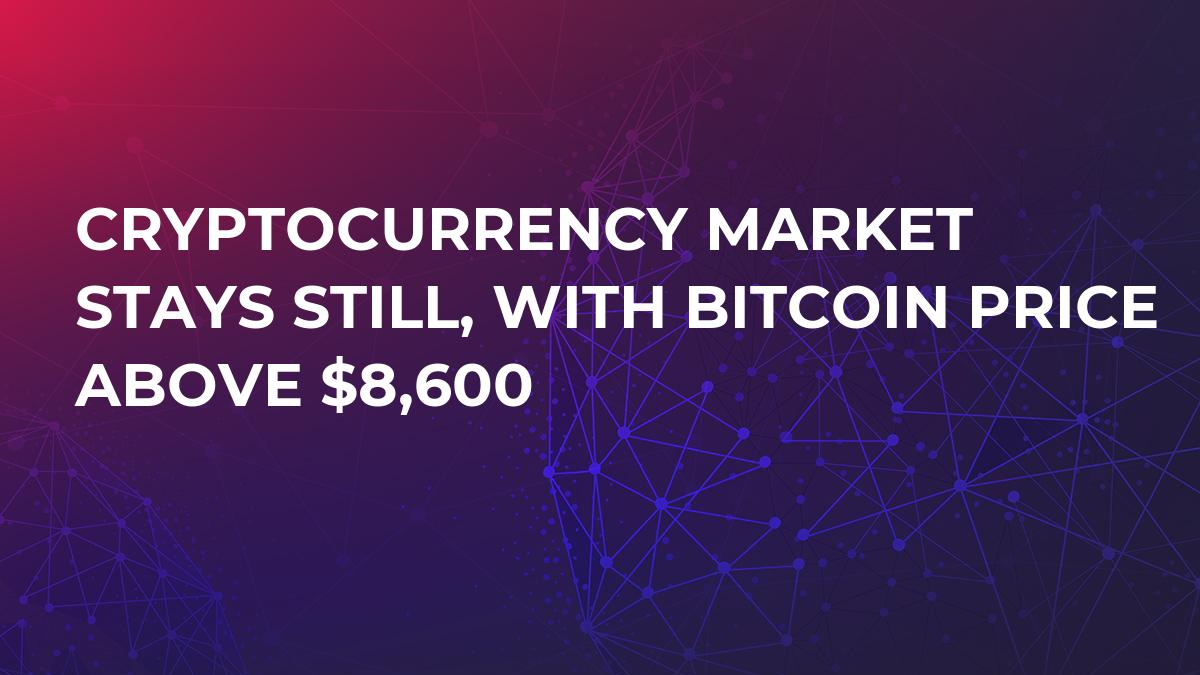 On Monday, the cryptocurrency market kept quite a low volatility and lacked excitement. The total capitalization is the same as the day before, about $420 bln, and stability reigns among the top 10 coins. It's boring, but who says it's bad? After the events of the last week, bulls and bears deserve a short break. Bitcoin is trading at $8,600, having reached a high of $9,000, while the rest of the assets hardly changed in price.

Beyond the top 10, the situation is more interesting. Ethereum Classic, having come very close to 15th place by capitalization, grew in price by 13 percent to $29 and became one of the first to practically recover from correction. The most probable reason for this: in early March, developers of the original Ethereum is launching a new Blockchain- Callisto, and all ETC holders will receive some CLO tokens.

Our attention was also drawn by the coin U.CASH, which increased 20 times in price within three days and came virtually out of nowhere into the top 20, now occupying 22nd place. This project is creating a global network of conversion locations from cryptocurrency to fiat and vice versa, also providing traditional financial payment services. The idea is not that new, but if it succeeds, the joint Canadian-Indian-Vietnamese start-up may well take its place under the sun. However, we are a bit confused by the carelessness of the project’s website design, as well as by the coin’s listing only on one exchange. CryptoComes will continue to monitor the situation.

For the second time, Bitcoin buyers are failing to activate the “inverse head and shoulders” figure that we mentioned yesterday. Despite this, the bulls achieved important success- the border of the descending channel that was forming a strong resistance was broken at the $8,650 level. The trading volumes attract notice, they are above average, which means that the break through the resistance was not an accident, but a well-planned maneuver.

During the last few days, movements in price have been formed by the young ascending channel, marked in green on the chart. We expect further smooth growth from Bitcoin. However, at the level of $9,200-$9,500 there is strong resistance and, most likely, it will not be overcome on the first try. In case of negative developments, the price may drop to $8,000. We recommend that buyers exercise caution and resume increasing long positions only if the price establishes above $9,500.

The positive news cycle is helping ETC look significantly better than the market. The upper boundary of the descending channel was broken last Friday, then successfully tested on Feb. 10, and after that, nothing could restrain the buyers. As a result, on Monday, Feb. 11, Ethereum Classic price reached $30, which coincides with fair value for the period from the end of December and the 0.618 Fibonacci extension level.

To continue growing, ETC may need to cool down slightly, in which case we recommend that readers make purchases at $26 (in the absence of general negative trends in the market). The closest target for the price increase is the $33 - $35 zone. However, ETC has many trump cards up its sleeve, and still two more weeks until March, so it's obviously premature to part with this altcoin.

Before the rapid growth in December, LTC spent a long time following in the wake of Bitcoin and history seems to be repeating. While BCH, XRP, ETC and some other assets are beginning to live their own lives, Litecoin is still delayed repeating the price movements of its “parent.” Our analysis shows that the situation may soon change, though.

At the moment, prices are squeezed between the ascending and descending channels- this impasse should be resolved during the day. We are expecting a break in the resistance formed by the nearest descending channel, although directly beyond it Litecoin will meet another resistance, coinciding with the mirror level $175. The first target for growth is placed at the $195 level, the second prospective one is confirmed by two Fibonacci harmonies at $215. We recommend that the readers open long positions in the case of price establishment above $175.