Andrew Strogoff
Bitcoin and other major cryptocurrencies are in correction on Wednesday. Bytecoin is day’s leader 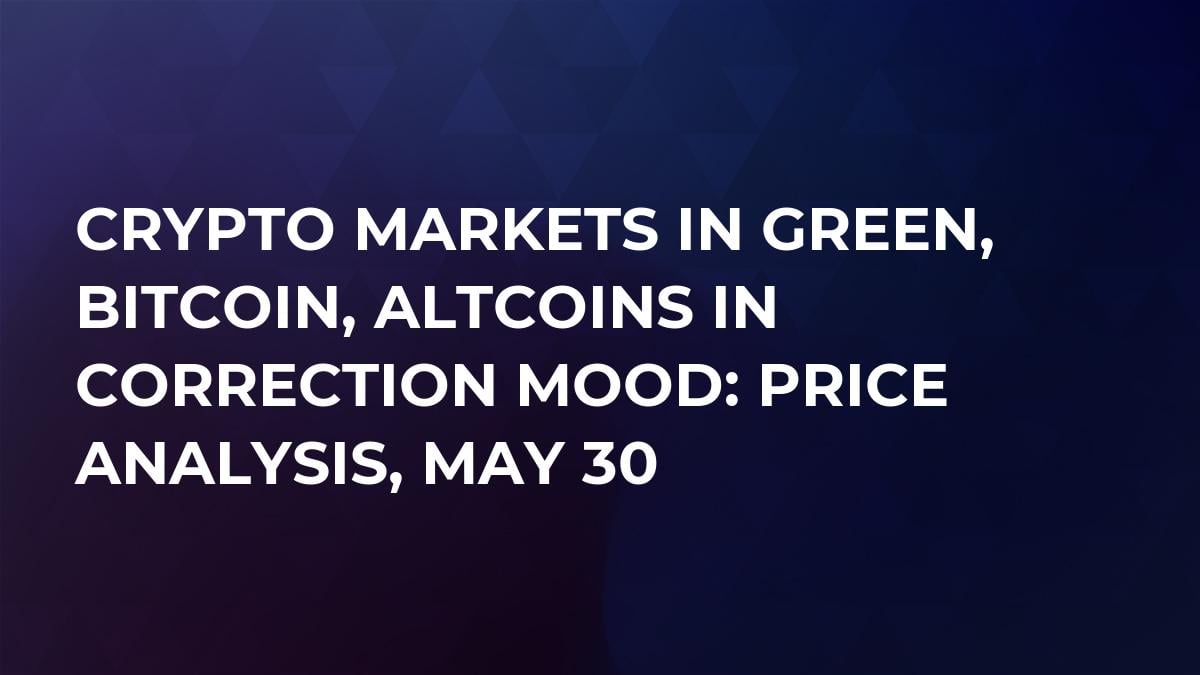 Crypto market is in green on Wednesday. All coins from the top 20 are in correction having positive moods. Is it a complete reverse or just a bullish correction on the eve of an even greater decline?

We don’t think that the crypto industry has changed its mind and reversed with no significant reason. It seems to be a correction as market players are bored of this downside tendency already. They wanted some air to breathe. However, there is one important event that is to be mentioned. South Korea is ready to reverse ICO’s ban. This event is important for the whole industry and is one of the reasons for the current correction.

As for other news, there are no important ones to affect the markets significantly. However, we would like you to pay attention to the following aspects. First, Chinese security Giant 360 has found vulnerabilities in EOS system that lead to possibilities of execution of  arbitrary code on any EOS node. This event had almost no impact on EOS as the cryptocurrency added nearly 10 percent on Tuesday-Wednesday.

Bitcoin has started a bullish correction finally. BTC price is above the midterm descending trend line. The goals at $6,510 are still actual, but they may be reached after a correction only. However, fundamental factors like ICO’s ban reverse in South Korea may break midterm downside scenario.

Let’s have a closer look at BTC/USD within Fibonacci formation. The currency pair follows the orange scenario in the moment of writing. BTC price has crossed $7,199 area on Tuesday and reached the resistance area at $7,565, which coincides with 1.618 retracement level.

What are the possible ways for Bitcoin in the next 24 hours?

We think that Bitcoin is likely to develop its correction on Wednesday.

Let’s get down to Fibonacci and see what perspectives ETH/USD has in the nearest future (in the next 24 hours, to be more exact). The currency pair jumped off 3.618 retracement level on Monday-Tuesday and moved towards 2.618 retracement level, which coincides with $566.90 resistance area. What are the possible ways for ETH/USD in the next 24 hours?

1.    Red scenario (bearish). The currency pair will end the correction close to the current level and reverses downwards targeting the red midterm descending trend line and 3.618 retracement level (which is the closest support area currently).

2.    Orange scenario (neutral). Ethereum will move towards the closest resistance area at $596.08 and reverse there to reach 2.618 retracement area. This is a neutral scenario as the price will stay within the current range.

Ripple has added more than eight percent in the past 24 hours meaning the crypto is in a deeper correction currently. XRP/USD has successfully tested another local descending trend line and fluctuates above in the moment of writing.

Let’s see what is going on the hourly chart within the Fibonacci retracement indicator. XRP price has crossed $0.5914 resistance area and even tested it from the above. Bulls were able to hold their lines and to move XRP/USD even higher towards $0.6216, which coincides with 1.618 retracement level. That we see now is the attempt to test this level again. Let’s look through the possible ways for XRP/USD:

The currency pair added more than nine percent in the past 24 hours. EOS/USD has started a correction to the downtrend and it seems like bulls are able to develop it. However, this is still a correction as EOS/USD needs to leave Fibo at least to point at a full reverse.

Let’s see what’s happening on the hourly chart within Fibonacci retracement. The currency pair reached 0.236 retracement level on Tuesday and retested it on Wednesday. However, sellers still hold their lines and prevent buyers from moving EOS/USD higher. This situation looks clear at the moment of writing and we see the following ways for EOS in the nearest future:

1.    Red scenario (bearish). The currency pair will break through 0.236 retracement level targeting 0.382 retracement level, which coincides with $11.92. Once this level is broken out successfully, sellers will be able to move EOS/USD even lower.

3.    Green scenario (bullish). The currency pair will reach zero retracement level, cross it and move higher targeting the next resistance area at $13.45.

Bytecoin added over 27 percent in the past 24 hours being the leader of the top 20. The currency pair is still in the downtrend but shows some signs of a reverse. However, such huge fluctuations may be due to lower liquidity.

Let’s have a closer look at the hourly chart as the price is within the Fibo retracement graphic tool. The currency pair has crossed the red descending trend line on Monday and jumped over several resistance areas and retracement levels. Let’s see what are the perspectives for BCN/USD in the next 24 hours:

1.    Red scenario (bearish). BCN/USD will develop its local downside move targeting the following levels and areas 0.382 and 0.5 (the last one coincides with $0.0061 support area). If successful, bears will be able to push BCN/USD even lower.