Dmitry Cake
Market still consolidating, but there are signs of changes, with Bitcoin price spanning the range of $8,600-$8,800 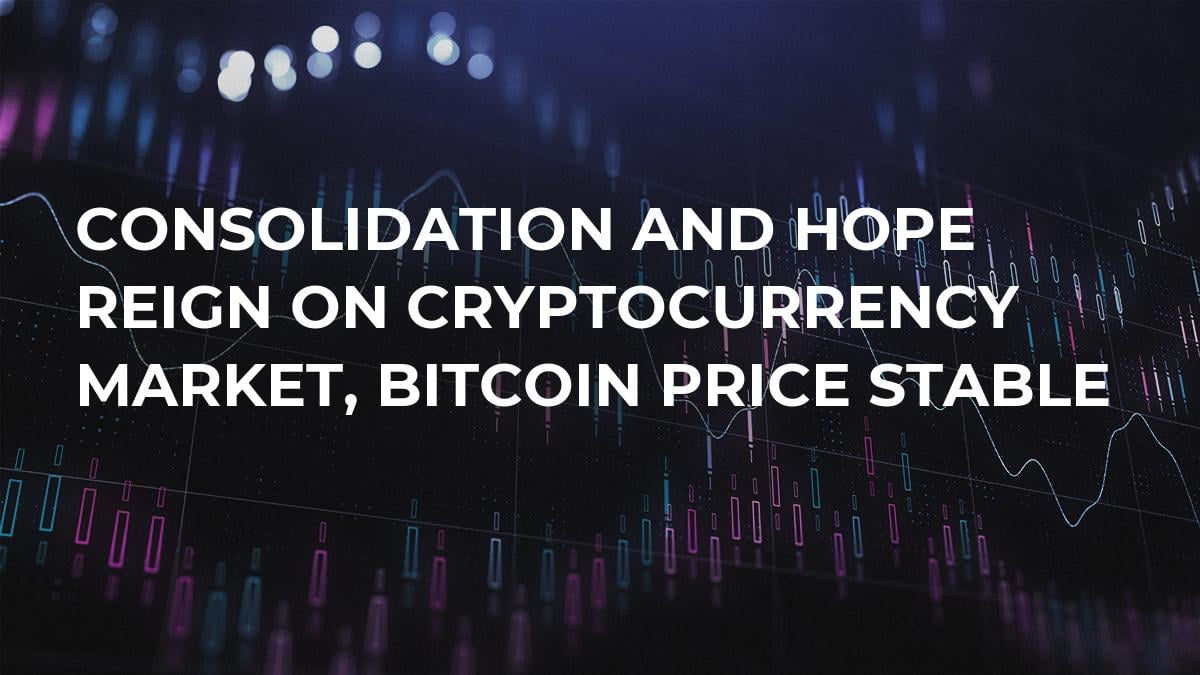 Tuesday marked yet another day that did not change the ongoing stagnation in the cryptocurrency market. In the absence of news, good or bad, the price of most assets continues to consolidate.

The total market capitalization is in the vicinity of $420 bln for the third day running, the dominance of Bitcoin is stabilized around 34.5 percent and its price spans the range of $8,600-$8800. However, we are seeing more and more signs of an upward movement in the market as a whole, which we discuss below.

By the time of writing, there’s been some rearrangement in the top 10 coins: Litecoin gained 13 percent and toppled Cardano off fifth place. LTC took a while to show itself, and now, it’s ready to catch up.

According to technical analysis, it’s about time for investors to determine the further movement of the price, which is what they did. The news background for this is provided by the upcoming fork LitecoinCash, promoted by a third-party developer team. We would like to warn readers, though: Litecoin creator Charlie Lee believes the future fork to be a scam and advises caution. Stellar is looking rather well, having grown by five percent.

The remaining coins are trading near yesterday’s values. Beyond the top 10, ETC continues its victory march, gaining an impressive 23 percent and reaching $35.

The new logic of the market is emerging from such price breakthroughs by individual assets. While most coins continue to trade in a narrow range, the earliest birds in the form of ETC and LTC, and previously BCH and XRP, confirm the global reversal and future growth. Investors are simply tired of waiting and are beginning to take action regardless of the main asset price.

Despite the apparent lack of change in the BTC graph, on Tuesday we witnessed a number of important events. First of all, the price has corrected to $8,350, tested the descending channel, as well as the relatively weak 0.236 Fibonacci retracement. If the bears wanted to succeed, there was no better time to act. However, buyers were able to protect the level and push the price into a safe zone.

Second, Bitcoin continues to hold in the middle register of the rising channel, which received two more confirmations in the past 24 hours and became a substantial support. We expect a gradual price movement toward $9,000, and then a breakthrough to  $9,300-$9,500, indicated in red. Yesterday's recommendations to buyers remain relevant.

Despite the fact that on Tuesday Litecoin practically fell out of the triangle formed by the ascending and descending channels, the downward break turned out to be fake. After returning to the figure, as we expected, prices rushed up at very large trading volumes. The current maximum was recorded at $185, after which the price went on to test the important level of $175.

We see a lot of buyer activity and Litecoin is likely to continue growing toward the goals indicated earlier. However, the fluctuations in Bitcoin price may inhibit growth, which is true for all altcoins in general. In the case of quick arrival to the goal of $215, medium-term investors have every moral right to book part of the profits.

In the course of 24 hours, Ethereum Classic climbed up to two places in the ranks of coin capitalization and came very close to number 13. On the way there, it reached the goals indicated in the previous review and broke through the ascending channel. At the moment, ETC looks somewhat overbought and we expect a slight correction to the levels of $29-$32.

Ethereum Classic is precisely following the levels determined by Fibonacci extensions, which are clearly visible on the graph. Therefore, the next prospective target is seen at $43, but there is certain to be a stop on the way, in the region of $38 where there used to be a strong resistance level. Our recommendations to readers remain the same: ETC looks like an excellent investment at least until early March. Hold.