Yuri Molchan
Founder of XRPlorer Thomas Silkjær stated that initiators of fake XRP giveaways on YouTube have increased their "profits" since Saturday, from 97,500 to 940,000 XRP 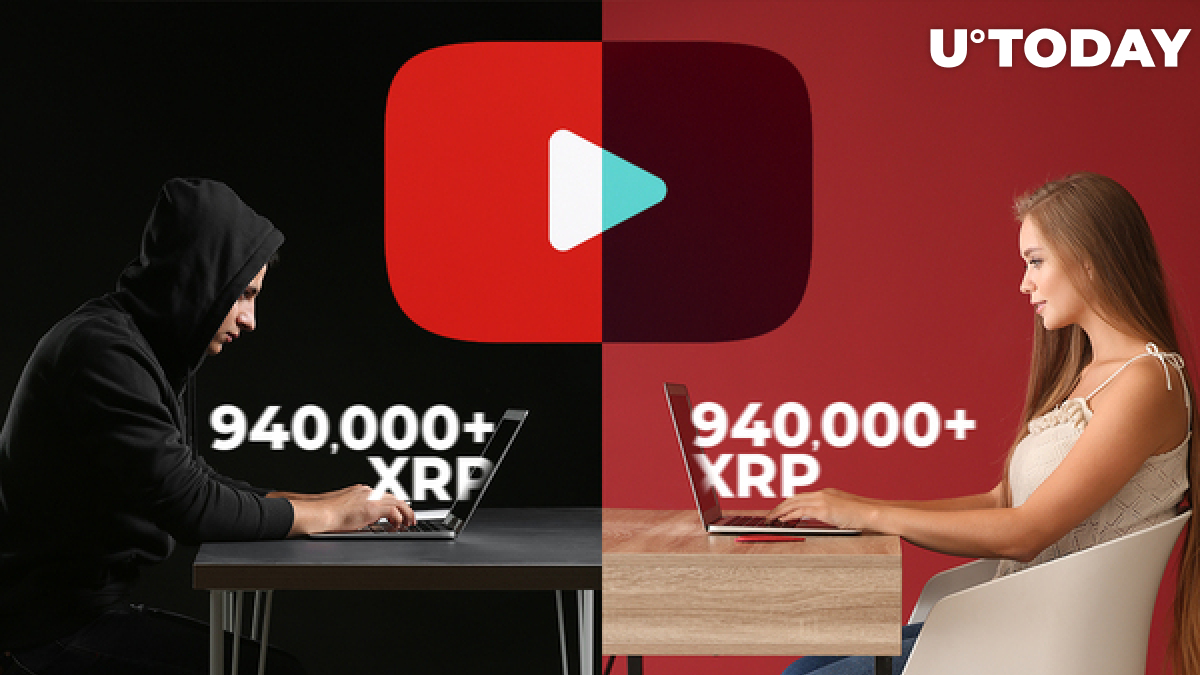 Founder and CEO of XRPlorer analytics agency, which studies data to do with XRP, has tweeted that customers of the Coinbase exchange have already wired 940,000 XRP to scammers who have been offering fake XRP giveaways on YouTube. That is almost ten times more than the booty that was counted on Aug. 16.

On Sunday, XRPlorer posted figures that showed that cryptocurrency scammers have been operating unfettered on YouTube recently. They have managed to get ahold of 206,000 XRP by offering fake XRP giveaways to the community.

Among those who fell for the scammers' bait were users of Coinbase, Kraken, Uphold, Crypto.com, Binance, Kraken and Litebit exchanges.

Data shared by Thomas Silkjær on Aug. 16 revealed that scammers had managed to collect the aforementioned 206,000 XRP ($62,644.01 at today’s exchange rate) cumulatively from all the platforms.

However, later on the agency founder tweeted that the amount of XRP wired by users to the scammers' address from Coinbase alone rose from 97,500 XRP to 360,000.

A recent tweet stated that this amount had already increased to more than 940,000 XRP reaped from Coinbase alone.

Silkjær urged the Coinbase Support service to start warning its users against wiring their funds to the scammers.

No matter what online platform scammers use for running their fake giveaways of major crypto coins, they use old videos of interviews with celebrities: Elon Musk, Vitalik Buterin, Brad Garlinghouse, etc.

These scams are often advertised on YouTube without the platform's team doing anything about it.

The con artists suggest that the audience should send them a certain amount of Bitcoin, ETH or XRP and promise to send them back a double amount of crypto. The coins are needed, scammers say, in order to support the community, or that these "giveaways" are conducted to give more coins to the community or celebrate a new development milestone.

After that, naturally, users never see their money again. The founder of the XRPlorer agency now urges Coinbase and other exchanges whose users are vulnerable to those fake giveaways to warn them about the potentially devastating consequences.