CNBC’s “Crypto Trader”: Bitcoin to Go Down, Cardano and NEO to Rise

Yuri Molchan
CNBC host is bullish on ADA and NEO, bearish on Bitcoin 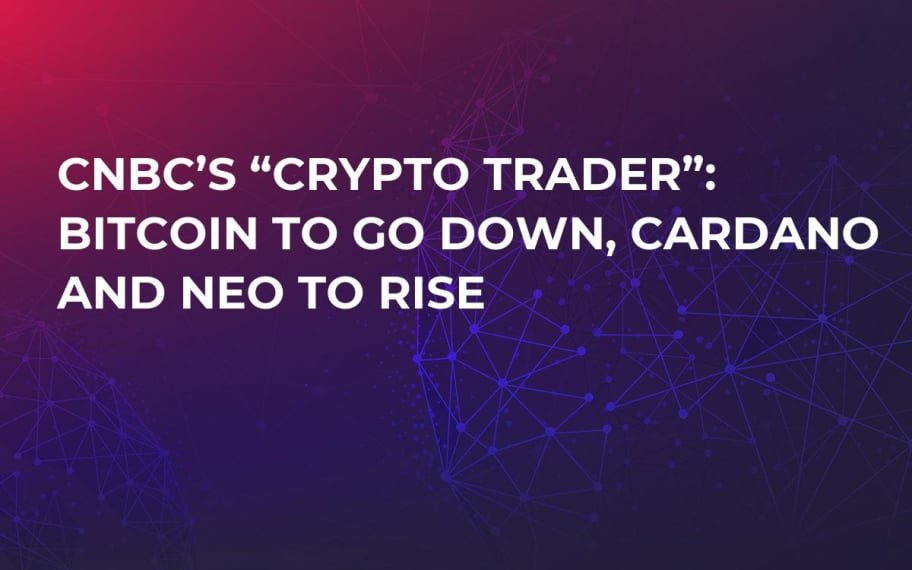 Ran Neu-Ner is one of the people whose influence in the Blockchain industry is pretty high. On Thursday he took part in the CNBC “Fast Money” show and claimed that Bitcoin is going to drop even lower than it is now. However, he is being optimistic regarding Cardano (ADA) and NEO platforms.

To the question regarding the future of BTC, he replied that there’s more blood to be spilled. Neu-Ner expects 62 percent chance of the bear market pushing on and Bitcoin to test the $5,350 mark next. 16 percent chance is for the bullish trend to arrive.

In this case, the market should expect the coin to go up to $7,400 and test this level. The former, he believes, may happen within the coming two weeks.

How miners will react

Neu-Ner was also asked about how the possible BTC price slump might impact the mining cost. The answer was that it is highly likely to rise and that many will just switch off their miners, thus depriving the network of a large number of nodes with all the consequences to follow. He said that some of his sources have already reported that some miners have begun getting off this mining train.

One the one hand, this would mean that the mining rewards would be distributed between fewer operators. On the other, this would greatly reduce investments in the mining industry and profits from selling the necessary equipment.

When asked if there are any bullish projects, Neu-Ner replied that currently platforms for making decentralized apps (DApps) are much undervalued. Due to this, he named NEO and Cardano as his favorites.