Alex Dovbnya
That tweet is a shot across the bow for anyone who dares to come for Bitcoin (especially, if you are a fake mouse) 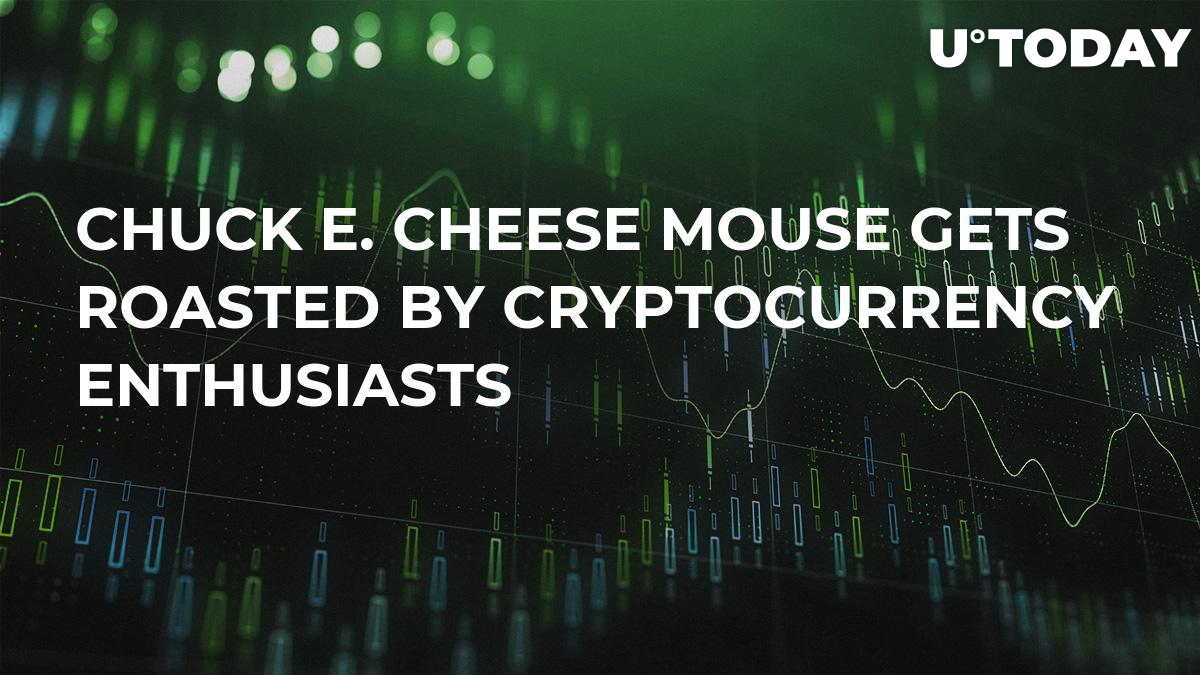 Chuck E. Cheese, a chain of American stores that is known for its mouse logo, issued brass tokens for its arcade games long before the advent of Bitcoin.

It all started with a random tweet that compares Chuck E. Cheese tokens and Bitcoin. The mouse-in-chief (or whoever controls its account) decided to join the fray with a bitter tweet that eventually went semi-viral.

To each his own fake currency...

That comeback wasn’t left unnoticed by cryptocurrency enthusiastic who started arguing about Bitcoin with a fake mouse to prove their point.

Some of them will probably never visit the company’s stores again.

I will be taking my business elsewhere

It’s not exactly clear what Chuck E. Cheese was trying to achieve with this tweet, but it definitely got what it desperately needed — media attention.

Multiple outlets, including the Wall Street Journal, have already covered what can be considered one of the strangest Bitcoin debates you will ever see on Twitter.

The fame of the chain store, which is primarily famous for its pizza for all ages, has been fading for a long time, and it’s not far-fetched to assume that somebody might actually buy it with BTC.

Until it’s not too late, there is always a possibility for Chuck E. Cheese to launch its own ICO.