Can Warren Buffett Be Converted by Justin Sun to Embrace Crypto?

Yuri Molchan
??The world-famous investor is about to have a meal with Tron’s CEO and other leaders of the crypto industry – will it change Warren Buffett’s mind about crypto??? 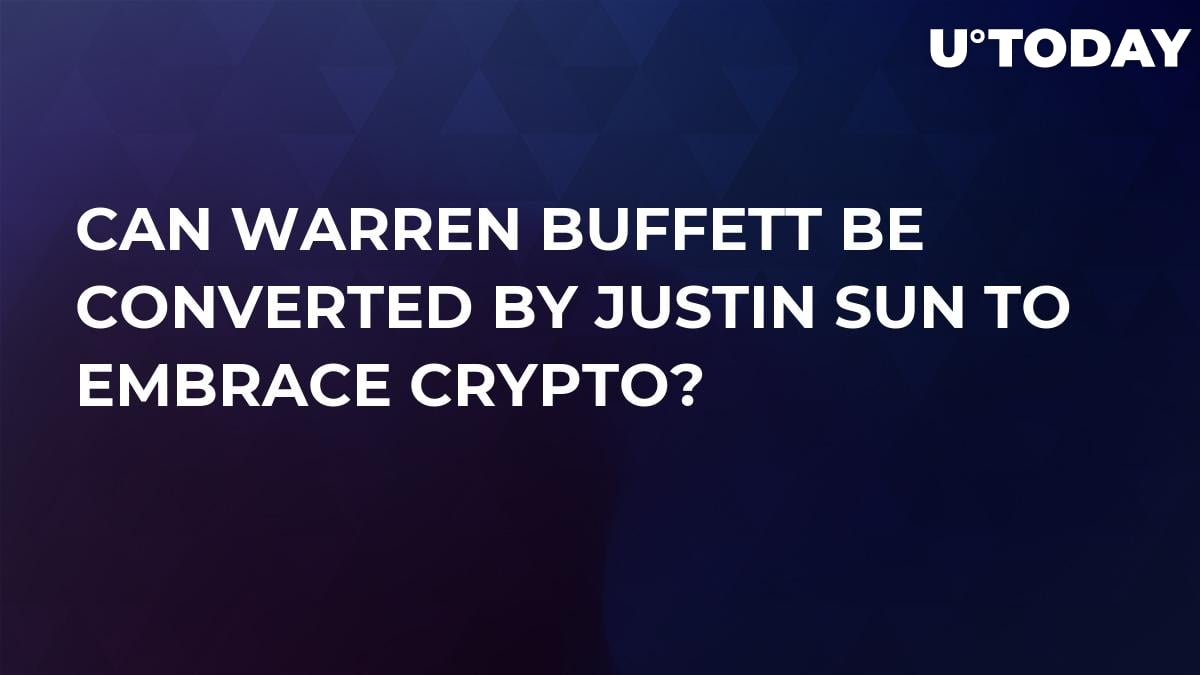 The world-famous head of the Berkshire Hathaway fund, Warren Buffett, has been setting up lunches with himself, finding participants through an auction. One person can be a winner and then bring up to six or seven friends with them. The money paid at the auction goes to charity purposes.

This time the lucky winner was a major figure from the sphere that Warren Buffett basically despises – crypto. However, many bet that Sun, and those from the crypto industry he may bring along, will be able to change Buffett’s attitude towards crypto.

The news of Sun winning the lunch with Buffett has gotten in the headlines of major media outlets recently. As U.Today reported earlier, Justin Sun revealed in an interview that the money he used to pay for the lunch – an astounding $4.5 mln – came from his BitTorrent revenue.

This has been the highest bid for a winner so far since 2000, when these lunches started.

Who is coming with Sun to meet Buffett?

Sun is allowed to bring up to seven other guests with him to lunch with Warren Buffett. From his earlier tweets it is clear that Sun intends to invite leaders of other crypto platforms and exchanges to join him.

So far from Twitter we know that Sun has invited CZ (Binance), Vitalik Buterin (Ethereum) and Charlie Lee (Litecoin). Binance’s CEO rejected the offer, saying that he would have to travel a long way, besides, it is unclear whether Vitalik and Charlie would also accept.

Will Sun be able to convert Buffett?

Sun obviously believes he can change Buffett’s mind regarding crypto and stop him from calling it rat poison in the future.

Along with Bitcoin, Buffett still does not believe in the potential of Amazon and some other major companies that have succeeded. He does admit that blockchain has something to it, though.

Even if the Oracle of Omaha, as Buffett is often called, remains unconvinced to take the side of crypto, still the fact of Justin Sun winning this opportunity has gotten cryptocurrencies in the headlines of all major news editions and contributed to raising awareness among the globe’s population.