Yuri Molchan
??Tron’s founder announces the release of the Sun Network testnet, aiming for it to have a positive impact on the whole DLT industry?? 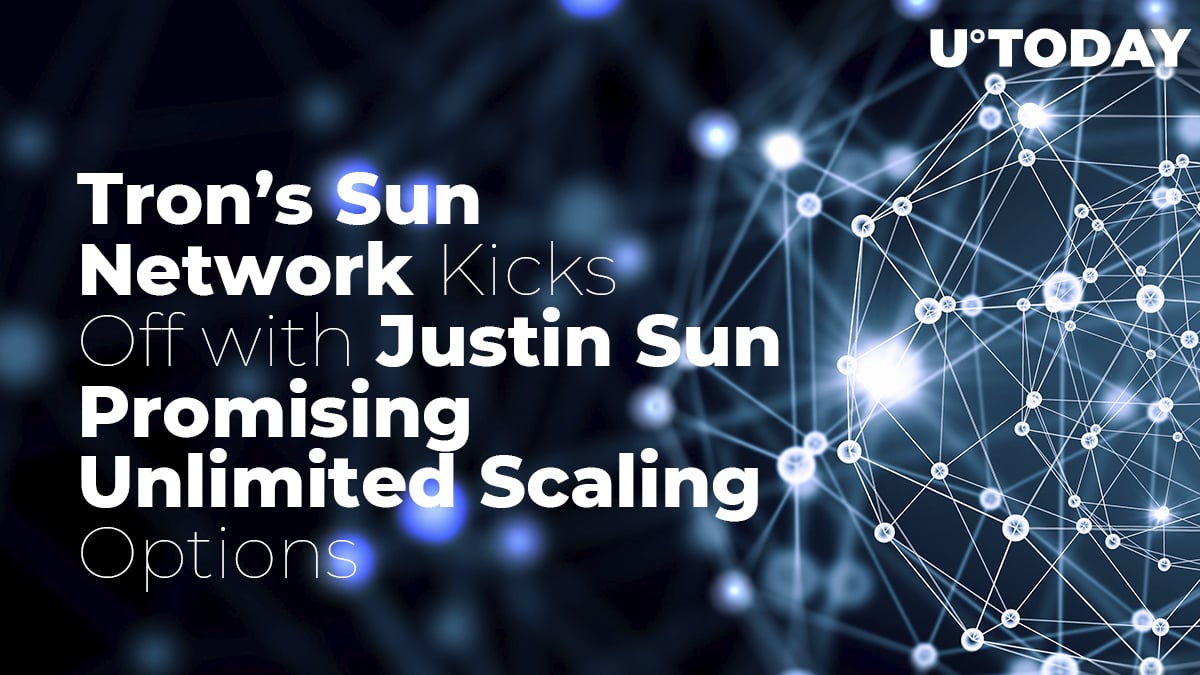 On Tuesday, Tron CEO Justin Sun posted a tweet about the Sun Network going live and promised to create an ‘unlimited scaling capacity’ that Tron users will be able to enjoy.

The former-top ten currency Tron (TRX), which as 2019 arrived, was pushed back to position 12 on CMC, keeps working to add major improvements to the Tron ledger. It has been aggressively developing in the sphere of dApps, outperforming Ethereum along with EOS and also conducting numerous other upgrades.

Besides, recently, hype around Tron and its CEO rose tremendously after Justin Sun won a charity dinner with investment guru, Bitcoin-unfriendly Warren Buffett.

Now, a major launch has been announced by Justin Sun, after promising this a while ago. Many expect the Sun Network to be a real game changer for the crypto and DLT industry.

The new long-expected product will increase the number of TPS and will also improve smart contract operations on the network. Other improvements are also expected to take place.

When the Tron founder spoke about the upcoming mainnet launch earlier this year, he mentioned that it will not need any upgrades once it comes out. Besides, he assured the community that the work of dApps will not be affected in any manner.

The community met the Sun Network’s release eagerly, hoping that it would make the TRX price skyrocket soon.

Despite the numerous developments and upgrades made by Tron, its native coin TRX still holds position 12 on the top-20 CMC. Earlier, Justin Sun promised that TRX would be back on the top-ten list in June 2019.