Can Bitcoin Become a Viable Payment System and a Competitive Alternative?

Darryn Pollock
Bitcoin is still not a great payment system but can it get there and be a mainstream alternative? 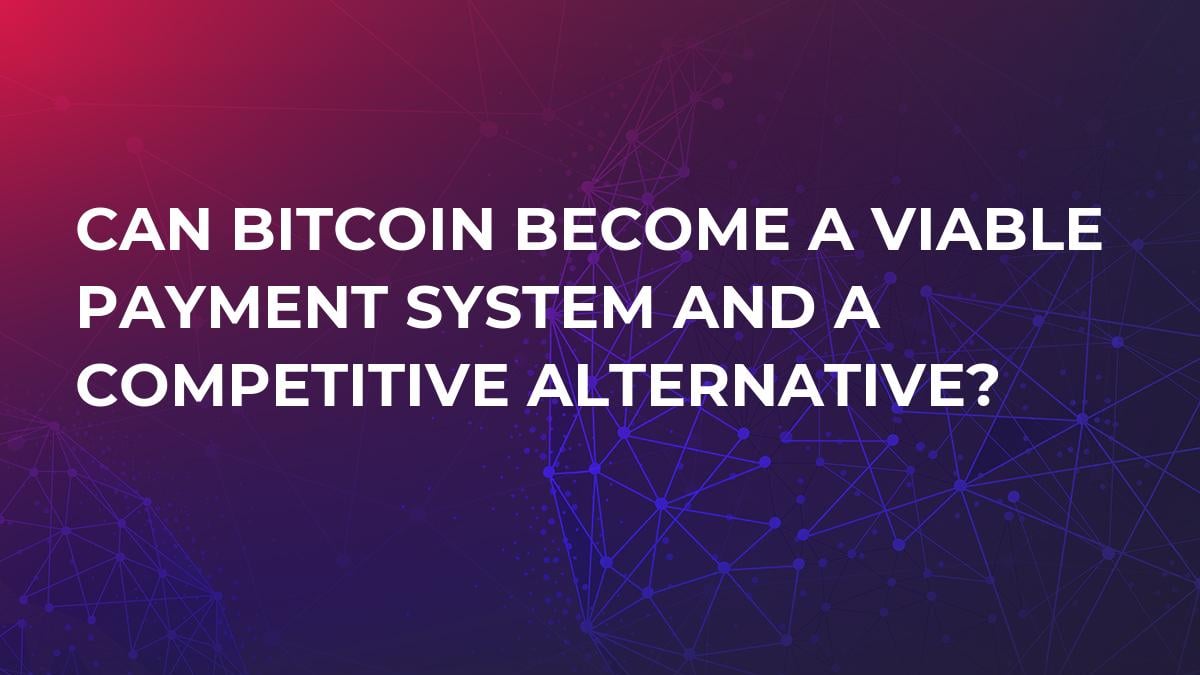 Statements made by a high ranking PayPal executive on Bitcoin’s potential raises a lot of questions about what Bitcoin can become down the road, especially more as a currency than a simple store of value.

Essentially, John Rainey has said that down the line, Bitcoin may well start encroaching on PayPal’s market and end up being a competitor. However, that could be the case, but there is a long way for the cryptocurrency to go still.

Furthermore, even if Bitcoin lines itself up to be a “decentralized PayPal,” the next question is how will it find itself in the market? Bitcoiners and those who have been part of the cryptocurrency ecosystem since its inception have this disruptive mentality for Blockchain, but should it not rather be seen as an attractive alternative.

Getting back to being a currency

There is very little doubt that Bitcoin has strayed further away from being a viable, functional digital currency, especially since its recent wave of mass adoption. People have come flooding to Bitcoin, which sounds great for a currency that needs adoption to function, but they have also brought their own problems.

Bitcoin’s issue with scaling has been ongoing, and any moves to ease this have been largely ineffective. Some will point to Bitcoin Cash here as an alternative, but it just does not have the same support to be a usable currency.

There are proposals on the table, and ideas in the pipework to get Bitcoin back to being a currency, such as the Lightning Network, and really, for Bitcoin to be relevant again, it needs to cut its waiting times and its high fees.

More than just being a currency

The next question though, if Bitcoin did manage to scale and become a functional digital currency, how would it integrate into the mass market? Bitcoin was built by the cypherpunks, much more anarchistic and disruptive than capitalist and competitive.

So, would Bitcoins drive be to try and kill off central banking, institutionalized investing and fiat in general, or will the mass market rather view Bitcoin as another alternative, another competitor which offers a service better than the last.

If PayPal can’t see Bitcoin being a competitor, then perhaps that is the way Bitcoin will integrate into the mass market. The cryptocurrency ecosystem is already fighting a battle in terms of regulation, and in that polarised world, it is easy to see where it is winning is where there is cooperation.

This idea that Bitcoin must crush and overhaul all other financial institutions with a mighty fist is foolish. It must slowly evolve, spread, and then takeover organically.

Bitcoin has what it takes to make the financial sector better, but it is too small and weak at the moment to mount a fight. Rather, it should be like the Trojan Horse; be graciously accepted and burst out once inside to take over.