Dmitry Cake
Buyers take initiative while bears rest over the weekend. The market is up, at least for now. 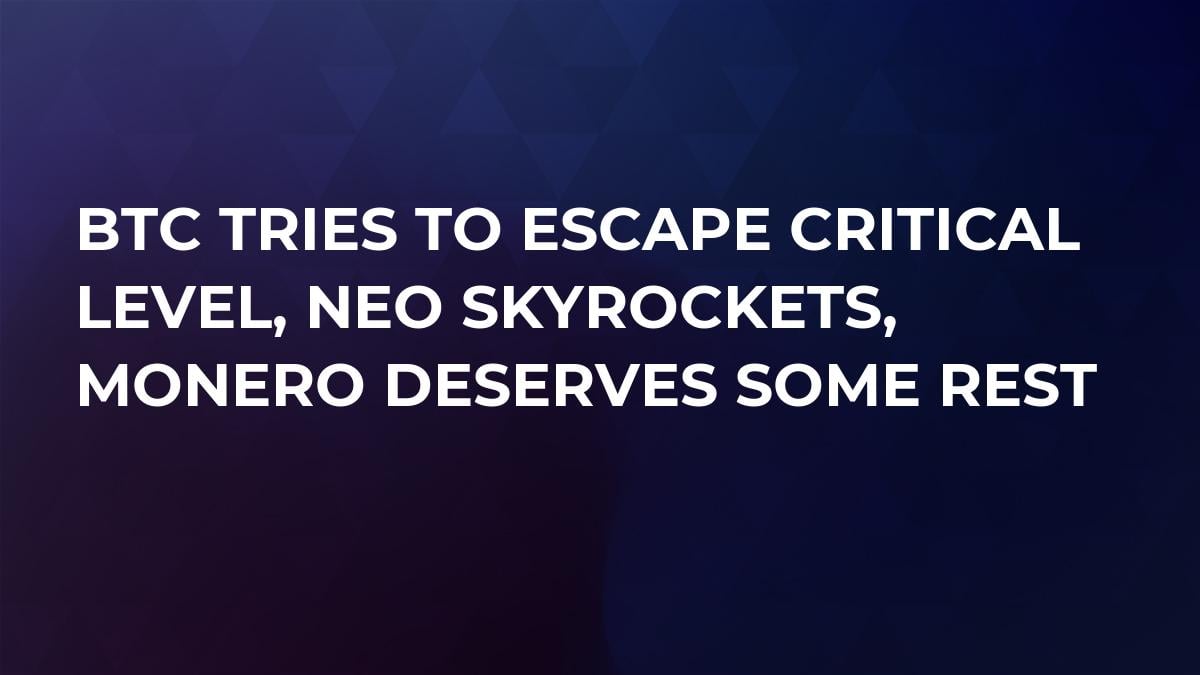 Over the past weekend, the depressed cryptocurrency market was slightly enlivened not so much by trading volumes, which are still insufficient for a change or a solid confirmation of the trend, but by the news cycle. Although there was some surge in buyer activity, it’s still not enough for the radical change that everyone is waiting for, without actually making any effort to hasten it.

The main newsmaker was George Soros, who previously spoke of Bitcoin as a bubble that he does not want to deal with. Time goes by, people change (even at 87 years old), and the Soros fund is beginning to trade in cryptocurrency.

The second person who has been in the spotlight of the crypto community for the past few days is Vitalik Buterin. It seems that there was some truth in the April Fool’s joke about putting a hard cap on Ethereum, or at least these measures are being actively discussed by developers. Usually, deflation mechanisms that are built into assets with a hard cap increase the asset price over time. We’ll see how this innovation (if it is implemented) will affect the price of Ethereum.

By the beginning of the new week, the total market capitalization is $270 bln, which is $15 bln more than on Friday, April 06. Bitcoin dominance decreased slightly and is 44.7 percent. In the top 10, NEO is leading with a gain of 13 percent, followed by Ethereum with 6 percent, and the rest of the assets increased by an average of 2 to 3 percent during the day.

Bitcoin buyers managed to bring about a small miracle at the weekend and keep the price above two important supports. However, let's not be deceived - this was possible only because the bears did not show any serious resistance. In any case, at the time of writing the price is $7,100, which is $500 more than at the end of last week.

The key resistance today is the range of $7,200 - $7,300. If the bulls manage to surmount it, a potential trend reversal will begin to take shape. Above, the price will encounter the upper boundary of the last parallel descending channel, which is a serious obstacle to growth.

Support levels that should help buyers succeed are $6,900, where the boundary of one of the parallel channels intersects with the 0.382 value of the Fibonacci grid, and $6,800, represented by the boundary of the long-term ascending channel.

The previous four-hour candle is green and filled out with good volumes, which can instill confidence in investors and lead to further purchases during the day. Whether this is enough to break the global downward trend - we will find out very soon.

Revival in the camp of Ethereum developers has breathed life into the asset and we finally see a slight increase in volumes. In addition, it should be noted that the $360 - $365 zone has become a support, which is looking quite reliable for now..

A figure resembling a saucer has been formed on Ethereum’s price chart. The logic of this formation is that of reversal, however, for its activation, substantial purchases are required at the level of $415.

In this case, a local turnaround can help the asset reach the $440 zone, where it will encounter the heavy thundercloud of a strong resistance in the form of a mirror level, a strong 0.382 Fibonacci level and the boundary of one of the parallel channels.

Such bastions are not taken on the first try, so a price fallback is to be expected. How strong this fallback will be, and how buyers and sellers will respond to it, will determine the further prospects of Ethereum.

What Ethereum buyers have yet to accomplish, the fans of its Chinese brother have already achieved - the NEO chart can be used as a visual aid for beginning traders on the topic of "figures of technical analysis." We see a fully activated saucer: the breaking through the neck of the figure has caused a phenomenal increase in volumes comparable to the purchases of February 6 and March 18 corrections.

The bulls will have difficulty keeping the pace that has been set - although NEO had demonstrated rapid growth in a short time earlier, for that to happen the market needs to fulfill certain prerequisites.

If the price gains a foothold above $55, where the asset is trading at the moment, we can expect lateral movement during the course of the day with an average high of $58. This will allow the bulls to draw a nice flag and move on to storm $60 - $62.

However, if the price falls back from the current values, we expect a correction with the testing of the 0.236 Fibonacci level, corresponding to $53. At the moment, NEO looks better than the rest of the market, but it’s essential to remain vigilant - Bitcoin remains undecided on the direction of its movement.

The Monero chart resembles NEO again, but so far we can’t see either the exit from the figure or the volumes. It’s an alarming sign that buyers did not show activity even after the break through the parallel descending channel. Although, in the past two weeks XMR has often performed better than the market and now deserves a bit of rest.

The sellers were not able to lower the price below $160 and now it has become a support with triple confirmation. Given a stable Bitcoin, the price of Monero should not fall so low, but this level should be kept in mind.

While the asset is trading above that - there’s nothing to worry about. In case of continued ascending movement, the next bull target is $190, where a double top will be formed. In addition, the level coincides with the 0.382 Fibonacci extension, and therefore will be difficult to overcome.