BTC, ETH, XRP, BNB and LINK Price Analysis for May 1 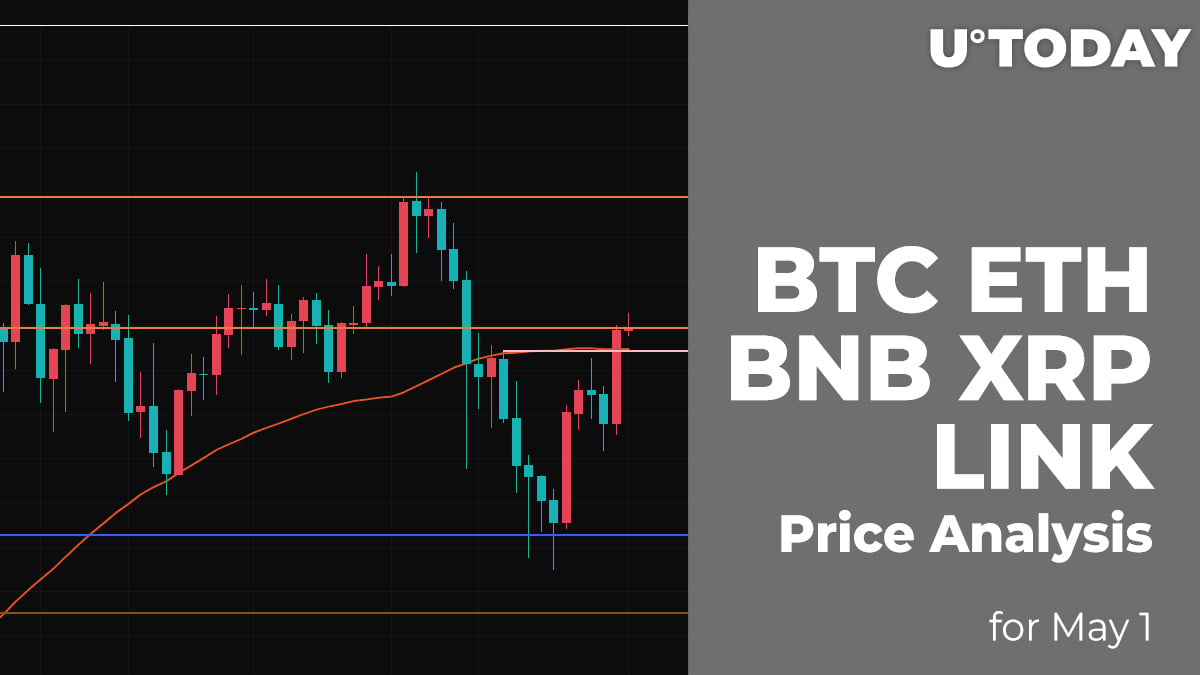 The weekend has begun with the continued growth of the market; however, some coins are trading in the red zone. Cardano (ADA) and XRP are the only ones under the bears' influence.

Bitcoin (BTC) has started rising faster than some altcoins, with growth over the last day being 5.78%.

On the 12H chart, Bitcoin (BTC) has gotten out of the consolidation phase and is ready to keep the growth going. However, it is unlikely to set new peaks as bulls are not powerful enough. In this case, one may expect a retest of the mark around $61,500, followed by a slight correction.

Ethereum (ETH) is less bullish than Bitcoin (BTC) as the price change of the main altcoin is +4.75%.

Ethereum (ETH) is on its way to the vital $3,000 mark. The buying trading volume is low, which means that bulls have not accumulated enough power to reach that mark. In this case, a sideways trend around $2,850 may last for some days before a breakout occurs.

Despite the fall, XRP is bullish in the short-term scenario. The selling trading volume is low, which means that bears are not willing to sell at the current levels.

That is why the more likely price action is an ongoing rise to the resistance around $1.81.

Binance Coin (BNB) continues its rise day after day, and the growth since yesterday is 2.58%.

Binance Coin (BNB) is targeting the $800 mark on the daily chart. The volatility is decreasing, which means that the accumulation period is about to end soon. Such a statement is also confirmed by a low trading volume.

Chainlink (LINK) is not an exception to the rule as the price of the altcoin has increased by almost 2%.

The rise of Chainlink (LINK) has not reached its peak yet. Bears may seize the initiative around the closest resistance at $40.30. However, in the long-term scenario, buyers have the chance to attack the peak at $44.30.