BTC, ETH, XRP and ADA Price Analysis for May 13

Denys Serhiichuk
Which crypto can follow the rise of Cardano (ADA) soon? 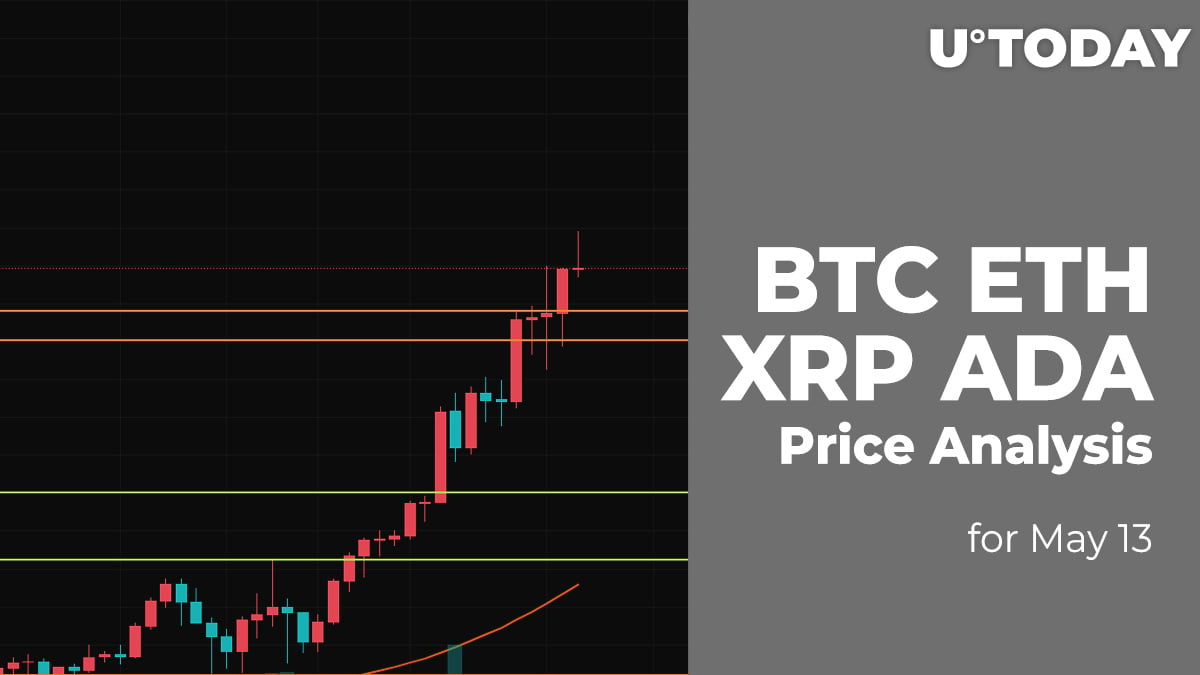 After yesterday's fall, most of the top 10 coins are in the red. Cardano (ADA) is the only exception, rocketing by almost 13 percent.

Bitcoin (BTC) is the main loser on our list today, with its price declining by over 9 percent.

Even though the chance of further drop remains high, there is a high possibility of seeing a test of the mirror level at $53,500. Such a move is accompanied by the increased buying trading volume. However, a possible bounce can also be considered as a correction after a sharp dump, but not a start of a new bullish rally.

The price of Ethereum (ETH) has gone down by 9.54 percent over the last day.

From a technical point of view, Ethereum (ETH) is more bearish than Bitcoin (BTC) as bulls could not show a significant bounce after a false breakout. Thus, the selling trading volume remains high.

Related
BTC, ETH, XRP and DOGE Price Analysis for May 12

That is why the more likely scenario is a continued correction to the next support at around $3,500.

The price of XRP has not decreased as much as Bitcoin (BTC) or Ethereum (ETH). The price drop is 7 percent.

On the daily chart, XRP has bounced back to the MA 50, confirming the bulls' power. The buying trading volume is quite high which means that bulls are not going to seize the initiative in the near future. In this case, there is a chance to see XRP at the resistance of around $1.36 soon.

Cardano (ADA) is the only rising coin today. Its rate has increased by more than 10 percent.

Despite the sharp increase, the growth might continue after a possible retest of the recent peak at $1.83. If Cardano (ADA) successfully bounces back from that level, the mark of $2 may be attained shortly.