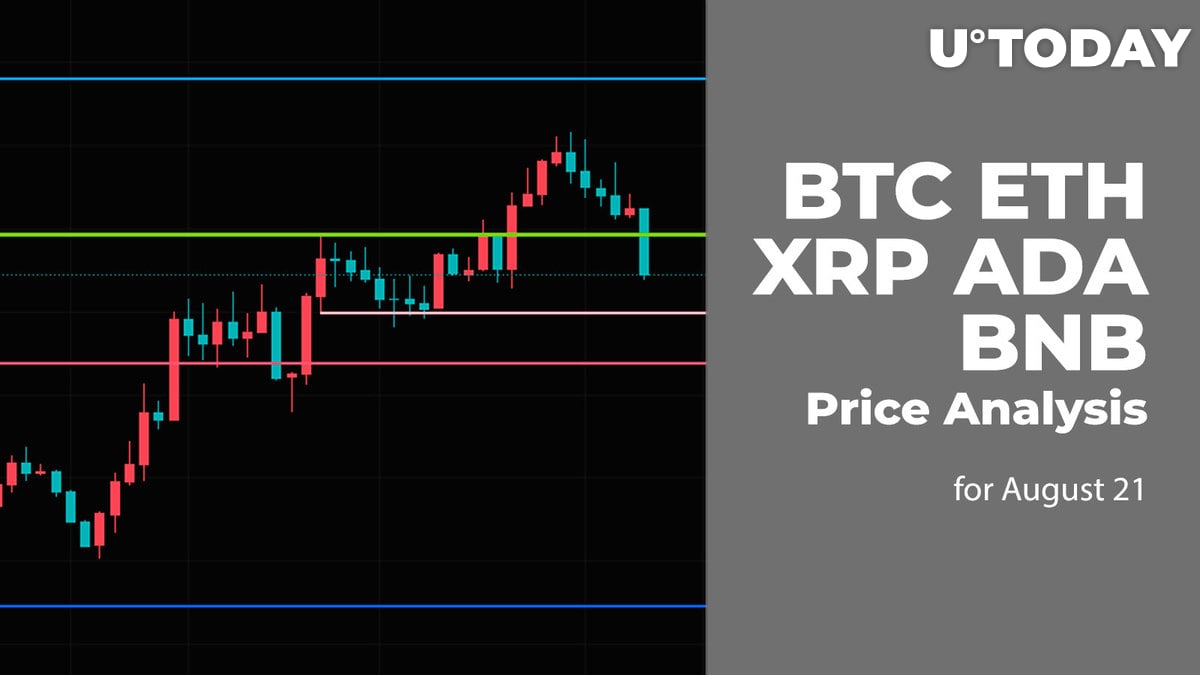 Bulls are trying to restore the lost initiative. However, some coins keep trading in the red zone. 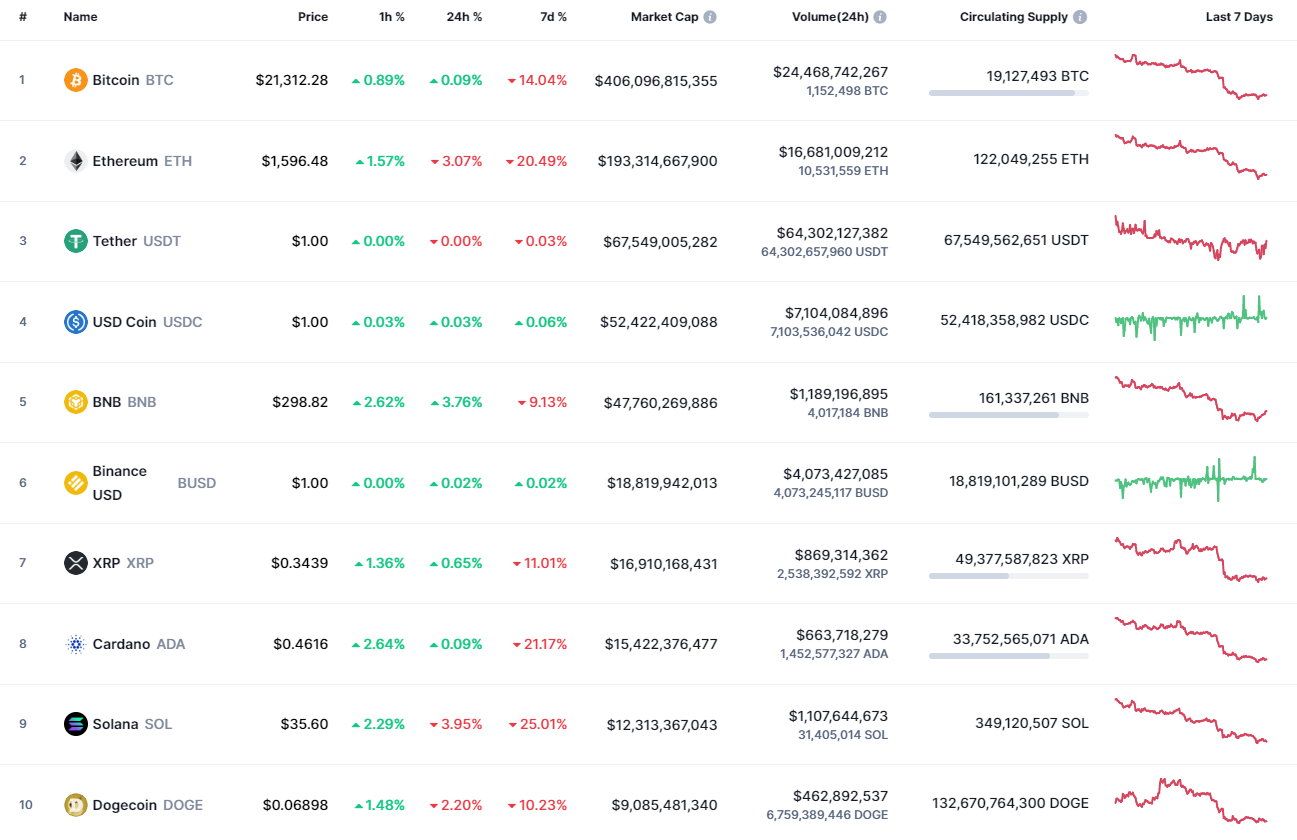 The rate of Bitcoin (BTC) has gone down by 14% after a few weeks of growth.

Despite the sharp decline, Bitcoin (BTC) keeps trading above the important support level at $20,700. If bulls can hold this level until the end of the day, the bounce back may lead to a test of the $22,000 zone shortly.

Ethereum (ETH) has lost even more as the price has dropped by almost 20% over the last week.

Ethereum (ETH) has also bounced off its support level at $1,560, which means that buyers are not ready to give up. Thus, the selling volume is low, confirming bears' weakness. In this case, a correction to the $1,650-$1,700 zone can happen within the next days.

On the daily chart, XRP is looking worse than Bitcoin (BTC) and Ethereum (ETH) as the rate has gone below the important $0.35 mark. At the moment, the price is located in the middle of the wide range, which means that neither side is dominating. However, a further decline to $0.32 may be a prerequisite for an ongoing fall to the support level at around $0.30.

Cardano (ADA) has lost the most value on the list today, as the price has dropped by 21% over the past 7 days.

Binance Coin (BNB) is trying to return above the vital $300 mark. This level plays a key role in terms of a further mid-term bull run. If buyers succeed, the rise may continue to the $320-$330 range soon.