BTC, ETH and XRP Price Analysis for May 11

Denys Serhiichuk
Which coins can withstand the market fall? 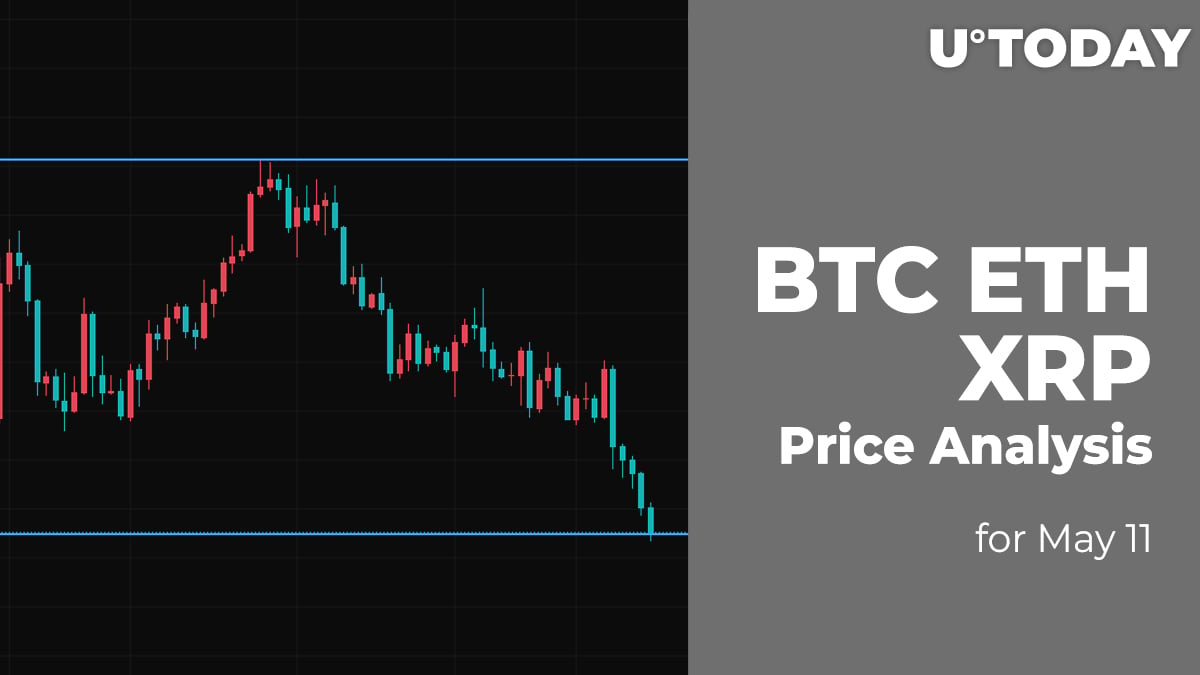 The decline of the cryptocurrency market has continued today; however, there are some exceptions. Mainly, Bitcoin (BTC) is the only rising coin in the top 10 list.

While the rates of other coins are going down, Bitcoin (BTC) is going up by 1.39%.

Bitcoin (BTC) has made a false breakout of the level at $29,296 formed in July 2021. Until the rate is above it, there is a chance to see a bounceback. Thus, the growth has been supported by high trading volume, which confirms buyers' power. In this case, a short-term rise may continue to the zone around $34,000.

The rate of Ethereum (ETH) is almost unchanged since yesterday. The price has dropped by only 0.63%.

Ethereum (ETH) is trading similarly to Bitcoin (BTC) as it has also made a false breakout of the level of $2,160. If bulls can hold the rate above $2,200, the correction may continue to the test of the $2,500 mark. Such a scenario is relevant until the end of the current week.

XRP could not withstand the market pressure, facing a sharp drop of 12% since yesterday.

XRP has found support at the $0.40 mark today. Even though bulls are not ready to return the rate to the bullish trend, there is a high possbility to see a correction to the zone around $0.50 within the next few days.