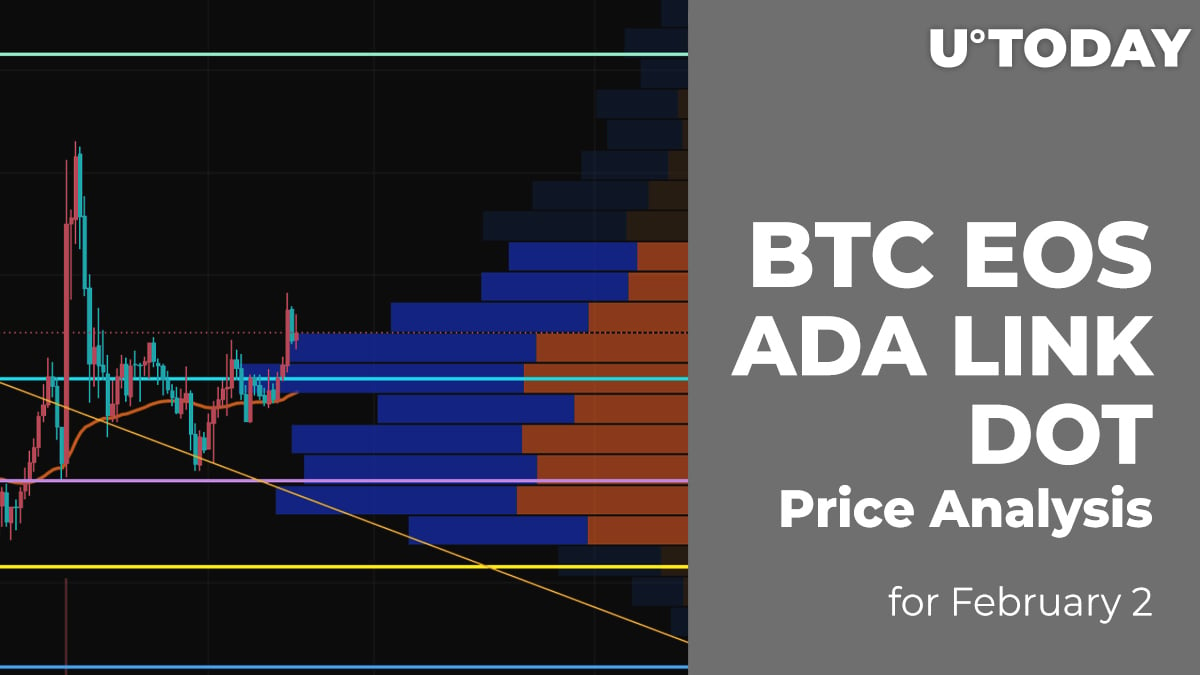 The market has recovered after a slight correction; however, some coins are trading in the red zone. Mainly, XRP and Bitcoin Cash (BCH) are still under bearish influence.

The Bitcoin (BTC) price rebounded above the resistance of $34,000 yesterday. In the afternoon, sellers tried to push through the two-hour EMA55, but by the end of the day the pair managed to hold above the average price level.

If today the moving average EMA55 keeps the price from falling towards the POC line ($32,600), then the recovery will continue to the resistance of $36,000.

EOS is the only loser from the list today as the rate of the coin has fallen by 4.14% over the past 24 hours.

On the daily chart, EOS is bullish despite today's decline as the coin keeps trading above the vital level of $3. In addition, there is a high concentration of liquidity, which means that buyers are getting ready for the growth. In this case, one may expect the altcoin near the resistance of $3.45 shortly.

Cardano (ADA) is the top gainer today; its price has rocketed by more than 20% since yesterday.

Cardano (ADA) has set the new peak in 2021, having confirmed bulls' power. However, buyers might retest the mirror level at $0.4155 in order to continue the rise. Thus, the long-term buyers' dominance is also supported by the high trading volume.

The rate of Chainlink (LINK) has also increased over the last day. The price change has accounted for 4.24%.

From the technical point of view, the growth has not ended yet, and Chainlink (LINK) has the potential to reach the nearest resistance level at $25.50 within the next few days.

Polkadot (DOT) is not an exception to the rule as its rate has also risen by 4% since yesterday.

Polkadot (DOT) is trading similarly to Chainlink (LINK), aiming at the resistance of $19.39. Such a move is confirmed by the lines of the MACD indicator that are about to get out of the red zone.