Denys Serhiichuk
Is the current bounceback a prerequsite for a continued rise? 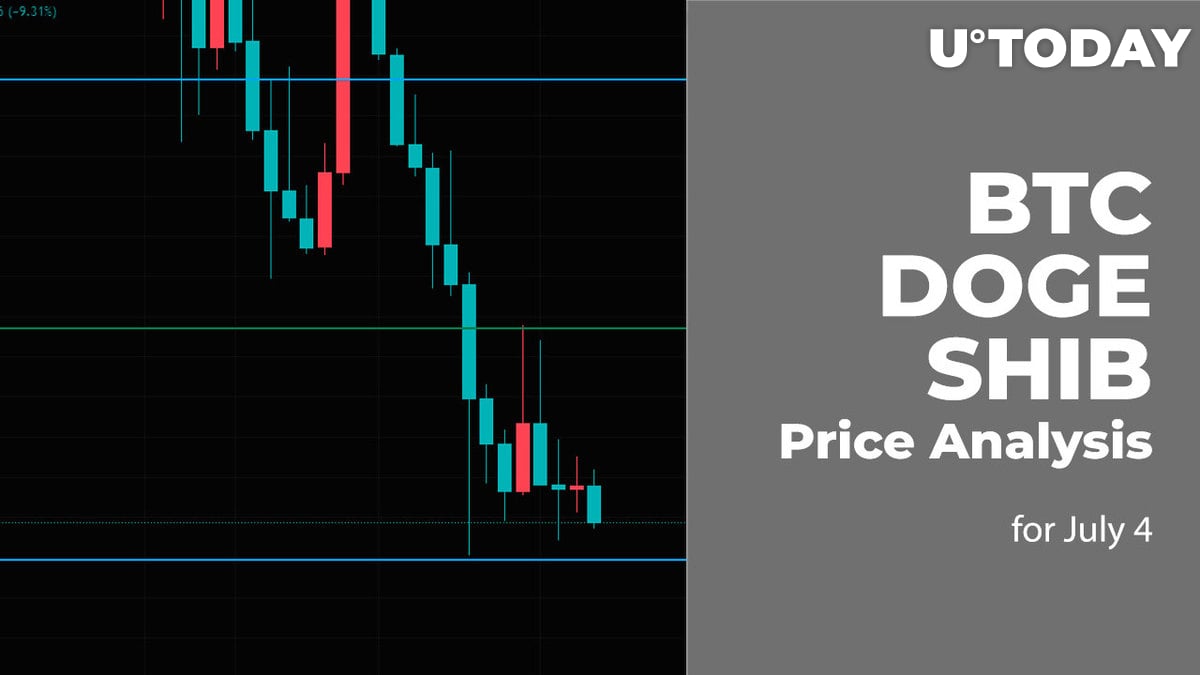 The first week of July has begun with the rise of the cryptocurrency market as all of the top 10 coins are in the green zone.

Bitcoin (BTC) has continued its local growth after the false breakout of the $19,000 mark. However, the buying trading volume is low, which means that it might not be easy for bulls to keep the rise going.

Thus, the price has not crossed $20,000, which is crucial for a mid-term bull run. All in all, the more likely scenario is sideways trading around $20,000 for the next few days.

Despite the growth, DOGE has not returned above the $0.07 mark yet, which means it is to early to think about a fast recovery. In addition, the volatility has declined, confirming the fact that the altcoin has not accumulated enough for a growth or decline. Respectively, one should not expect any sharp moves from DOGE in the near future.

SHIB has followed the rise of DOGE, growing by 3.16% since yesterday.

SHIB is trading similar to DOGE as the meme coin is accumulating power after a bounceback. If the price can fix above $0.00001 and return to $0.00001050 shortly, bulls have the chance to seize the initiative and start the mid-term rise.